At one time or another, you may experience the shaking of the earth. This is the occurrence that can always be expected in the Philippines, one of the countries prone to earthquake.

Why is the Philippines subject to prone earthquakes? 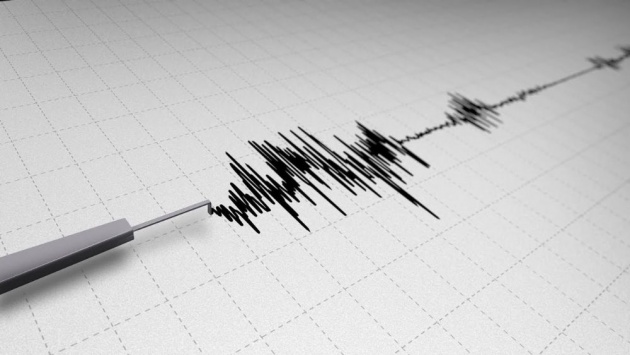 Many earthquakes occur every year. Some are so mild that only sensitive instruments called seismographs can record trembling. Some are strong but these passed unnoticed by people because they are centered beneath the sea or far from inhabited places. Only the earthquakes can cause great losses are the ones that get publicized.

VIOLENT EARTHQUAKES CAN CAUSE CHANGES IN THE LANDSCAPE.They can use great destruction and human misery. They can level buildings and kill people. They can destroy roads and highways. 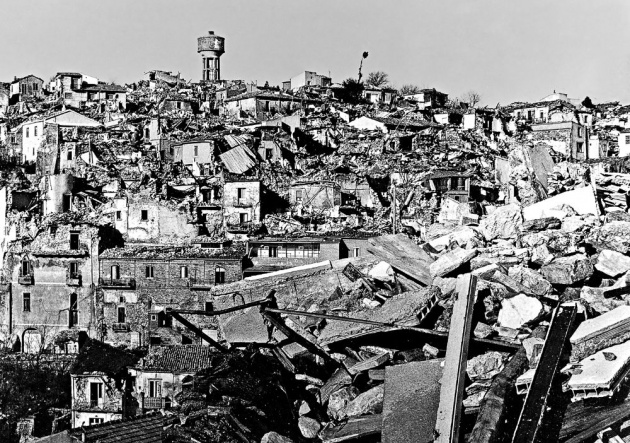 Earthquakes can cause dams to break and cause flooding of villages and barrios. 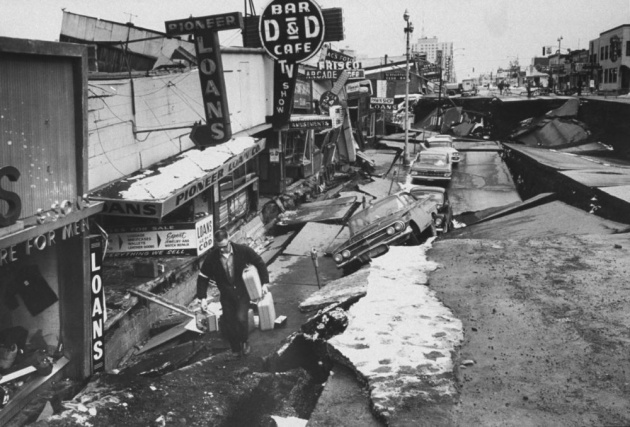 In 1964, an earthquake hit Anchorage in Alaska (above image). It caused some parts of the soil to drop and some parts to open up.

Fires could not be started from fallen electric wires, lighted lams or kitchen stoves and can raze homes and buildings to the ground, injure, and kill people. 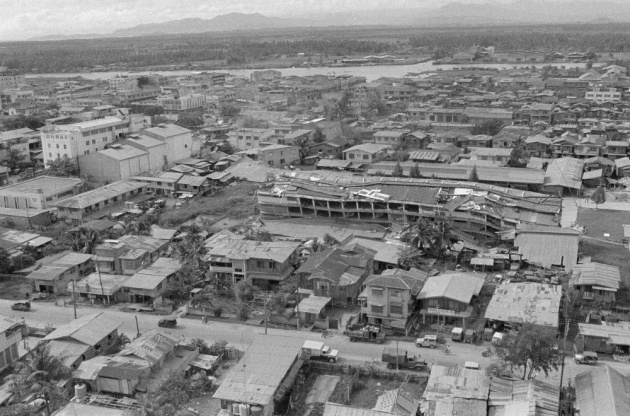 On August 16, 1976, a strong earthquake hit Mindanao (above image). A tsunami (a Japanese word for giant waves produced by earthquakes) followed. It swept away whole barrios along the coasts of Cotabato and Zamboanga. Many people lost their lives and properties. 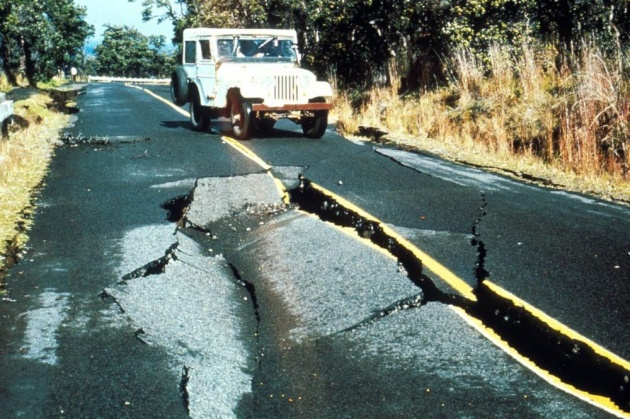 Sometimes, a strong earthquake sparks a sleeping volcano. In November 29, 1975, an earthquake centered beneath the coast of Hawaii (above image) triggered the eruption of the Kilauea craters at the southeast part of the island.

The cases of destruction mentioned were caused by violent earthquakes. However, there are many earthquakes that happen and do not cause very much damage.

Is there a place in the world free from earthquakes?

It has been observed that most earthquakes occur along well-defined regions around the world. Scientists made maps showing were earthquake happened. They found out that places visited by by aftershocks are also places with active volcanoes.

The areas bordered by dotted lines on the map are called earthquake belts.

One belt runs along the Pacific Ocean. This is known as the circum-Pacific ring of fire. Eighty percent of earthquakes occur within this belt. 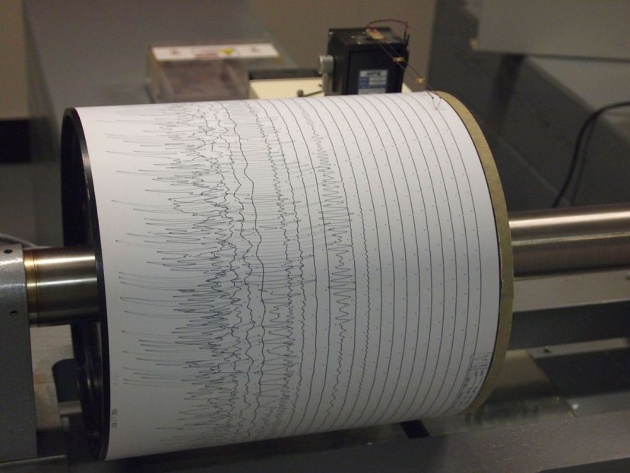 For centuries, scientists have worked hard to understand this natural disaster. They recorded earthquake waves brought about by an aftershock that had happened. They did this by using seismographs. When the waves reach the seismograph, its pens swing across a moving roll of paper.

In the Philippines, the Philippine Institute of Volcanology and Seismology (PHIVOLCS) records the disaster from different stations. These stations record the natural calamity not only in the Philippines but also in the other parts of the world. Our countries also do this.

By comparing records from at least three different places, SCIENTISTS CAN TELL WHERE THE EARTHQUAKE TOOK PLACE.They can also tell how strong it was.

Why the Land Shakes 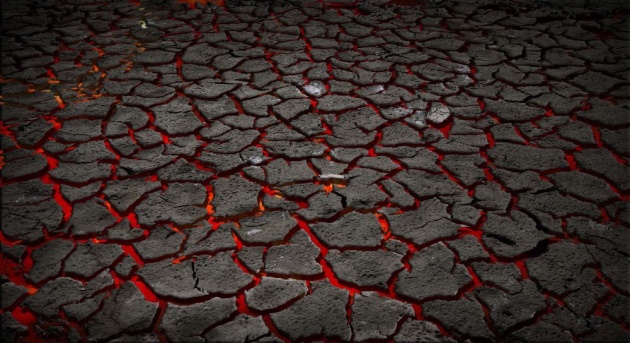 The earth's crust is made up of different layers of rocks. Rocks can be broken down by great forces and so there are breaks in rocks. The sudden movement of the earth's crust along these breaks is felt as earthquakes.

But what great forces cause the breaks on rocks and their movements?

People have tried to explain the cause of earthquakes since the earliest times. Many myths are told about the earth's trembling. Scientists too, have been working for centuries to find out about this. In the 1960s, a new explanation as formulated. This is known as the PLATE TECTONICS THEORY.

According to this explanation, the earth's crust is divided into seven large plates or pieces and several small ones.

The picture inside the picture above shows how magma enters cracks on the ocean floor. The magma causes the floor to spread out, thus triggering earthquakes.

There are plates that move toward each other. These plates may meet head-on, twisting and binding rocks at the point of impact, thereby causing earthquakes. One plate may dive beneath the other, bending and jamming racks along boundaries. When these rocks slip past each other, earthquakes likewise happen.

The Plate Tectonics Theory not only explains earthquakes but also the formation of mountains and the behavior or volcanoes. 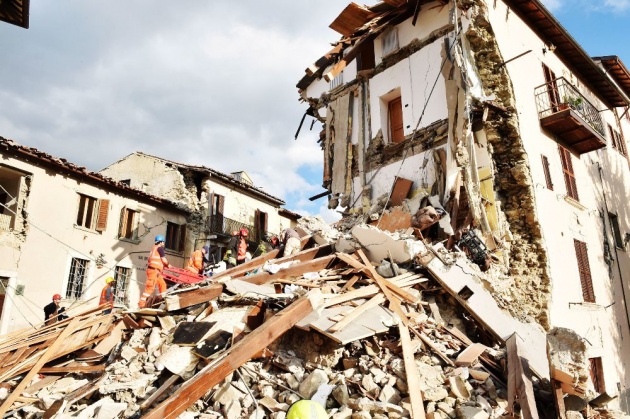 Most of the earthquakes that occur originate within 50 to 40 kilometers below the earth's surface. These are called tectonic earthquakes.

Man, however, can produce ARTIFICIAL EARTHQUAKES. One way he can produce it is by the detonation of explosives.

Filling up the large dams will allow water to press down and enter cracks in rocks. This may cause rocks to rupture and cause earthquakes.

The same will happen to crack in rocks when man disposes of great amounts of wastewater by injecting them into deep wells.

When a man removes too much oil and gas deposits water from under the ground, this may cause the upper rock layers to drop. This will also cause earthquakes.

Do you know of some activities near your places that can cause artificial earthquakes? 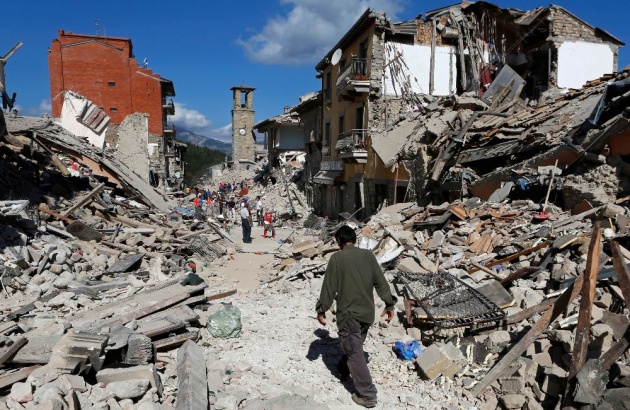 Earthquake damage is measured in terms of intensity. This refers to the strength of the ground motion in a given place. This, however, does not give an accurate idea of what when on inside the earth. ESTIMATES OF EARTHQUAKE INTENSITY ARE USUALLY MADE BY EXPERIENCED OBSERVERS. A scientist would go merely into the field and estimate the damage. He would look for the cracks in buildings, overturned furniture, and land bulges or cracks. He would get the impression of people present when the ground shook. Then, he would compare these details and accounts with the descriptions in a standard intensity scale.

There are many scales of intensity being used. The Philippines has modified and adapted the ROSSI-FOREL SCALE.

Earthquakes, especially violent ones, can be very alarming. It is necessary to take precautionary measures to listen to the risks. It is also necessary to know what to do during earthquakes. 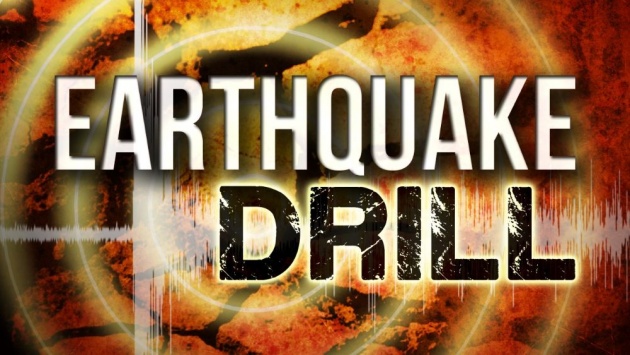 The first effect of earth quake are those caused by the earthquake shock itself . These can be terri…

On 19th September 1985 a powerful earthquake affected Mexico City. The earthquake itself occurred in…

Do You Tsu? The Future of Paid Social Media.

Do you Tsu? What is Tsu? I hear you ask! Well, for those of you who don't know, Tsu is a social medi…