Earthquake in Pakistan - No foreign aid required for quake relief

8.1 magnitude earthquake hit Afghanistan and Pakistan on 26th of October, killing 248 people , injuring 1,665 across Pakistan and collapsing many buildings and houses.

The quake struck the country at 2:09 pm - followed by several aftershocks . Many people were got stuck under the piles of rubble, and the buildings swung like a pendulum - thousands of people stayed overnight outdoors in almost freezing temperatures, were hesitant to go back inside the houses for they were scared of the aftershocks.

Prime Minister Nawaz Sharif said , we would personally oversee the rescue efforts and deal with this disaster and use our own resources and won't accept any foreign aid in this regard.

The Pakistan Meteorological Department measured the intensity of the quake as 8.1. However, the US Geological Survey (USGS) estimated the quake's intensity 7.7, on the Richter scale.

According to Afghan officials 63 people were dead and hundreds injured. The government implored aid agencies for assistance.

Afghanistan's chief executive Abdullah Abdullah said that the earthquake was the strongest one felt in the recent decades.

Initial reports showed a big loss of life and huge financial losses in Badakhshan , Takhar, Nangarhar, Kunar and other terrories.

10 young Afghan girls were crushed to death in a stampede as they tried to escape their shaking school building. The relatives of the dead students were so distressed that they could not even talk to the authorities to record their names - said Hafizullah Safai , head of the Takhar health department.

The US Geological Survey said , the quake was centred near Jurm in northeast Afghanistan , 250 km from the capital Kabul and at a depth of 213.5 km.

The quake was also felt in Tajikstan , Kyrgyzstan and Uzbekistan.

Cracks appeared in some buildings in Islamabad but no major damage was being reported and Pakistan mobilized troops and all military hospitals were put on high alert.

Hundreds of people in northern India rushed onto the streets from office blocks , hospitals , and homes.

Indian Prime Minister Narendre Modhi soon after the quake said , that India stood ready to assist, including in Afghanistan and Pakistan, but Pakistan declared that it did not need any foreign assistance for earthquake victims , and we are fully capable of handling the situation on our own, and we acknowledged the grief and concern expressed by the friendly countries. Information Minister Pervaiz Rasheed told a press conference.

He said Pakistan was grateful to countries who expressed their concern over disaster and had offered assistance for rescue relief and rehabilitation for the affected quake - hit people.

He said Prime Minister Nawaz Sharif had already announced a relief package for quake - affected people , covering compensation for the families of the deceased and injured , as well as for the reconstruction of completely and partial - damaged houses. He said as per Prime Minister's instructions aid distribution would start in a day or two and the process would be completed in four days.

He said that an ample stock of food and non - food items had been sent to the affected areas . Eighty per cent of the injured had been discharged from hospitals after getting medical treatment and those critically injured were airlifted to major hospitals for proper care and treatment .

He said that satellite imagery of quake - hit areas provided by Suparco , as well as the Pakistan Air Force aerial survey suggested that there was no widespread damage and that preliminary survey of damage had been completed and relief operation was in full swing. 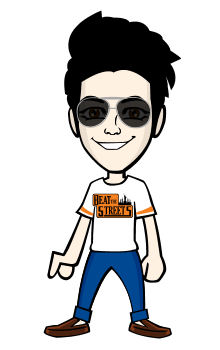 America Might be Testing its Tectonic Weapons in Afghanistan

Just watched the recent earthquake that took place in the South Asia .. It has caused a great destru…

People were busy in their lives,just a little shake and people started to remember God.…

Earthquakes: Facts When the surface of the earth moves in response to heat and pressure from belo…

What should do when earthquake strikes

Protect your head with a helmet or cushion, and hide in a safe place, such as under a table. Running…