Earthquake is a very dangerous natural disaster which occurs as a sudden shaking movement of rocks in the earth's crust. Some of the earthquakes of low intensity become less dangerous however earthquakes having high intensity become very dangerous and can be extremely violent especially in the areas it occurs. There is no any fix duration for the occurrence of earthquake, it may occur anytime and anywhere for any duration. It may be brief but repeat many times a day. Earthquake is the result of sudden energy release within the surface of earth. This released energy under earth crust creates powerful seismic waves which travel through the earth surface. The frequency of waves and type and size of earthquake is measured by the help of seismology which involves the use of seismometer. 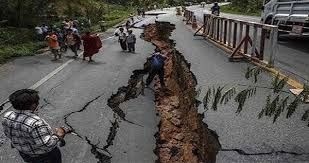 Large earthquakes may destroy things to a great extent as they take down huge buildings, cause injury and thus death of people. There are various scales used to measure the intensity of shaking and the magnitude of an earthquake. The scale showing magnitude 3 or less indicates that the earthquake is less harmful however the scale showing magnitude 7 or more causes huge level damage over a wide range of area. Earthquake which occur under the ocean take the form of a tsunami. It is a giant form which can cause death and destruction to the living and non-living things. High intensity earthquakes give rise to the landslides in the surrounding areas.

In the ancient time, people in China were used a device in order to guess the occurrence of earthquake. The device was similar to the jar having dragons on top and surrounded by frogs with open mouths. They guess the occurrence of earthquake by the exchange of fitted ball in dragon's mouth to the frog's mouth. The direction of earthquake was decided by the position of frog receiving a ball. This device was an effective tool in the ancient time to figure out the origin of an earthquake. 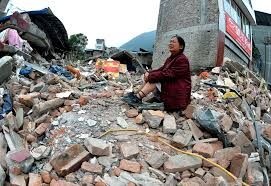 One of the main reasons of the earthquake is plate tectonics which causes tectonic movements in the earth surface. Tectonic plates under the earth surface collide to each other and ride over the other which becomes the reason of mountain formation, earthquakes and volcanoes. This process releases a huge level of energy which creates a force and thus surface movement.
Geological faults are also the reason of earthquakes. There are various forms of faults however three main types are normal fault, reverse fault (also called thrust fault) and strike-slip fault. Normal faults generally occur in the areas with extended crust, reverse faults occur in the areas with shortened crust and strike-slip faults occur in the areas where two fault sides slip horizontally. 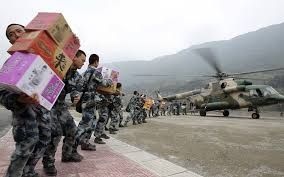 Most earthquakes become the part of a sequence of earthquake clusters which can recur in a regular pattern and related to each other in terms of location and time. Such earthquakes cause less damage however larger earthquakes (mainshock) create a foreshock (an earthquake of smaller magnitude) and cause much damage.

A series of earthquake can occur in the variety of earthquake storm whenever earthquake hit a fault in the clusters. Tsunami is a dangerous form of earthquake which occur as a result of a chain of fast moving waves in ocean because of powerful earthquakes. It is a very serious challenge for the people's lives, safety as well as earthquake engineering as they can engulf coastal areas, swipe away whole city, damage houses and many more. It is sad to say that it cannot be prevented however people can be warned through various warning systems to run away and save lives. 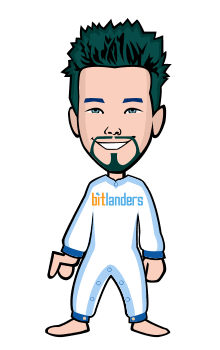 The first effect of earth quake are those caused by the earthquake shock itself . These can be terri…

On 19th September 1985 a powerful earthquake affected Mexico City. The earthquake itself occurred in…