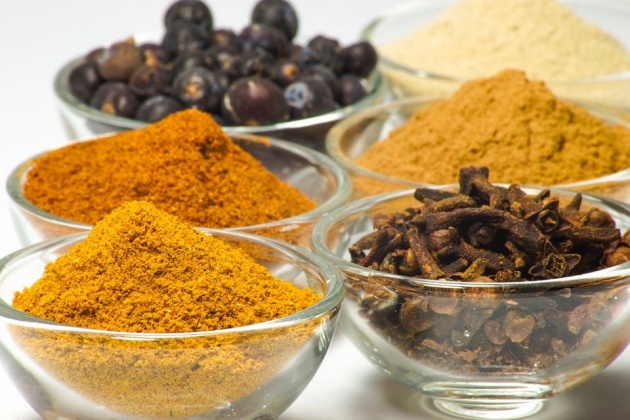 Photo credit to Taken of Pixabay.com

There are harsh chemicals in your laundry, dish and commercial bath soap as well as your toothpaste and other toiletries you are using. The ingredients are usually listed at the back of the bottle and they are far from your common everyday jargon. Worse is that these chemicals pollute our water and is hard to decompose, sometimes never. Also, chemicals in these household products can cause allergies and other health problems. If you want to protect the environment as well as avoid and prevent medical maladies, you can consider this list of edibles (food) used for cleaning.

Note: I tried some of these do-it-yourself skincare and household products and they are either a hit or a miss. Other people resorting to this step in green living have also varied successes. You can even use the products listed as your last resort, in case you run out of toiletries or household cleaner. Whatever floats your boat I guess? 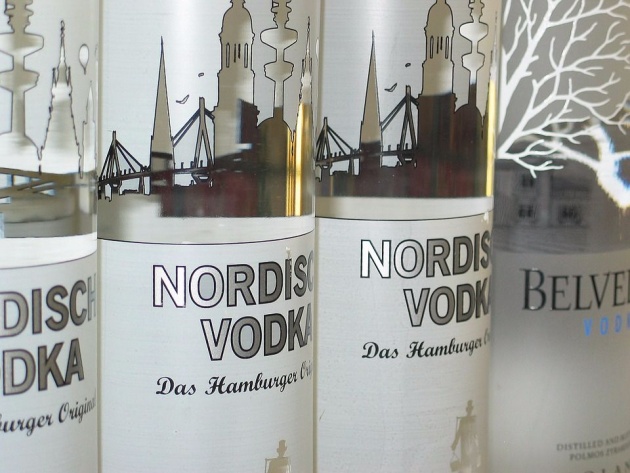 Photo credit to KRiemer of Pixabay.com

Vodka is an alcoholic beverage. It is made from fermented potatoes—sometimes grains—that is distilled to produce ethanol. The end result is a combination of water and alcohol (ethanol) with miniscule amounts of impurities. The water-ethanol combo varies in ratio, but the standard is 40% pure ethanol to water, which is still as bitter as any other.

You can substitute vodka for disinfecting wounds, as it is like rubbing alcohol, just weaker. It also works as an alternative to facial astringent or toner, just dilute 1/4 tsp of vodka with a cup of water. But only consider it as a facial toner if you have normal to oily skin, as alcohol can be drying.

It can also remove bad odors from your fresh laundry (yes, fresh). There are instances where your laundry can smell funky, especially if it isn’t sun-dried, like on a rainy day. Just put a fair amount of vodka on a spray bottle and spritz onto areas that needs deodorizing, like the armpits. Your clothes will smell clean and fresh afterwards.

Did you know you can also use it to remove mold and mildew? Just pour vodka on your rag and rub onto the portion where there is fungi around your kitchen or bathroom.

One caveat of using vodka is that it is more expensive than your common rubbing alcohol, so just for the sake of this list and for knowledge sharing, vodka earned its place here. 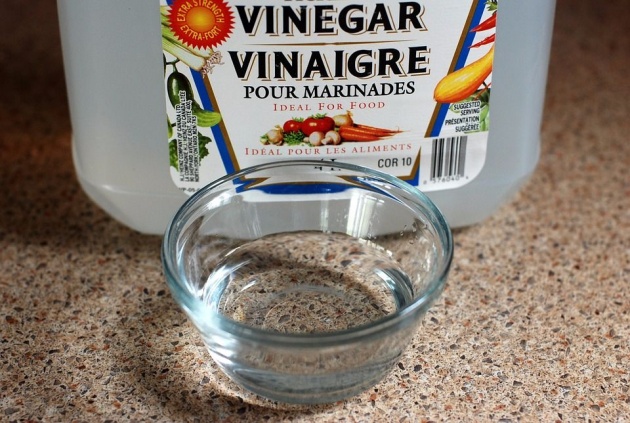 Photo credit to evitaochel of Pixabay.com

Vinegar is acetic acid, so how is it made? Sugar is broken down onto alcohol and then Acetobacter, the acetic acid bacteria, further breaks it down to form acetic acid. There are many kinds of vinegar such as balsamic, apple cider, honey, coconut, cane, but the one I’m referring to here is the distilled white vinegar. It is sour and it is used as salad dressing, a condiment like in fish and chips, an ingredient in many recipes like adobo, and a part of a marinade such as in daing. Yummm.

It is also used as a facial toner and astringent when mixed with water (1:1 ratio). Many people use apple cider vinegar in this case, but distilled white vinegar is just as fine.

It deodorizes and cleans the fridge, the sink, the faucet, the bathroom, carpet stains, and many other things. If you’re interested to try it as a household cleaner and want to know the recipe, google is your best friend. The usual recipe is to dilute it in water but the ratio differs according to where it is used for.

Did you know that you can use this as a hair conditioner? The ideal not-so-harsh recipe is to mix 2 tablespoons of vinegar to 2 cups of water and spritz it all over the hair. Scrunch your hair and massage the scalp and then rinse with cold water. Feels the same like your regular conditioner. Its conditioning properties doesn’t stop at your hair as it is also effective in clothes (it’s a bit off topic, but hey, it still substitutes toiletries and household products).

It is foul smelling! No matter what others say that the smell dissipates over time, you will somehow smell a hint of vinegar lingering around you. The effective remedy to this major turn off is to add fragrant essential oils to the mix (in the Philippines, Giga Organics and Cyleina sells some). 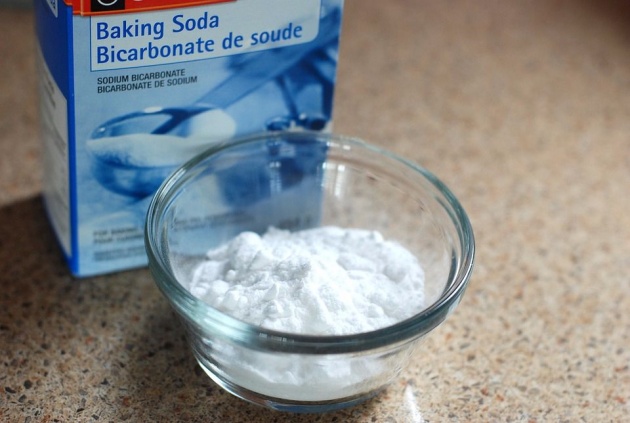 Photo credit to evitaochel of Pixabay.com

Also called sodium bicarbonate or bicarb, this slightly alkaline compound came from an occurring mined mineral called Nahcolite (trona). Through geographical process, a small portion of the earth created billions of deposits of this mineral which can sustain the world’s need for baking soda for thousands of years. Baking soda is primarily used in baking as a leavening agent, which means it fluffs up and softens the dough by locking air bubbles inside the dough. So when you want to rave about how fluffy your donut is, don’t forget to thank baking soda for it.

There are tons of uses for baking soda and I’m not sure if I can enumerate them all:

Did you know you can make washing soda out of baking soda? Just spread the powder evenly onto a baking pan and put it in an oven (not microwave) for about 1/2-1 hour. You will know that the process is done when you notice that the powder looks dull, grainy and doesn't clump up.

It is messy to use because it is in powder form but with the benefits, it might outweigh the disadvantage. It also tastes salty-bitter! Sure, you won’t taste it because you’ll use it to clean stuff but many people can’t stand the taste and aftertaste when they add this or use this as an alternative to toothpaste. To some, adding peppermint essential oil or xylitol would do the trick. 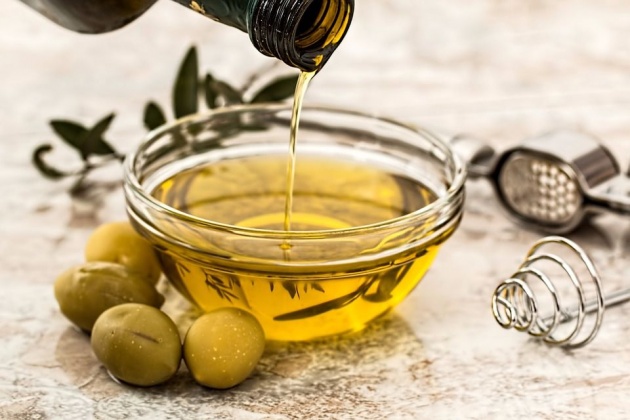 Photo credit to stevepb of Pixabay.com

It is fatty acid comes from any part of a plant or in the case of tallow or shark, an animal, but usually fatty acids from animals are technically called fats. Oils or fatty acids in a plant or animal are extracted by heating, or with the use an oil press (or expeller) such as this:

Cooking oil has many uses, especially olive, coconut and sunflower oil. Coconut oil can be used for oil pulling. It is a method where you gargle a tablespoon of oil for about 10-20 minutes and spit it out on a garbage bin (not in the sink as it will clog the drain). This process is believed to flush out the toxins in the mouth because as you gargle the oil, the oil will bind to the toxins.

Some green living people also use oil to clean their face (it is called oil cleansing). Instead of soap that is sometimes harsh on the skin, oil is spread to face and then rinsed with water, or sometimes the oil is just wiped off.

This is grade 5 knowledge, but homemade soap is actually composed of only three ingredients namely water, oil and lye (more on lye later). And soap is the number one cleaning product to have.

Many oils are sticky and would actually make you feel dirtier. Some are pore clogging such as coconut oil so if you have acne prone skin, better use other types of oil. 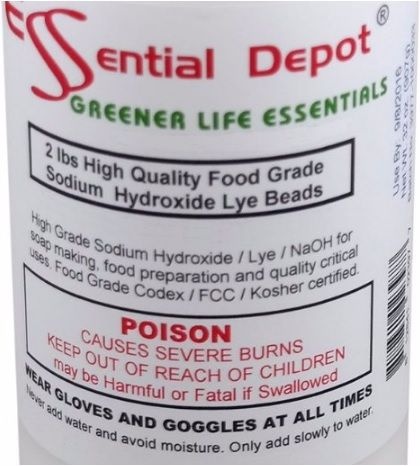 In olden times, potash lye (potassium hydroxide) is made by boiling wood ash to water. If an egg floats on the solution, it means it is ready to be mixed with oil to produce soap. Today, people resort to lye (sodium hydroxide) which involves intricate chemical processes such as divide cell electrolysis or chloroalkali mercury process converting table salt to sodium hydroxide.

There is such a thing as food grade lye. Although it is caustic, it is mainly used for changing color of a food product such as noodles and making baked goods crusty such a pretzels. 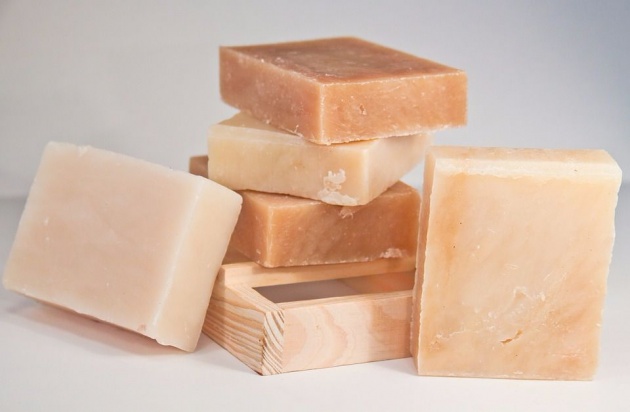 Photo credit to theresaharris10 of Pixabay.com

Soap without lye is a lie! Although this is the only use for caustic soda (lye), its importance can’t be replaced by any other. There is no golden ratio for lye-oil-water to make soap but there are many lye-oil-water soap calculators abounding in google.

It is caustic which means it can burn your skin and clothes. I included food grade lye to this list because the title calls for it, but you can use industrial grade lye in making soap. It won’t make any difference.

So there you have it. You can substitute shampoo, conditioner, toothpaste, bath soap, laundry powder, dishwashing powder, stain remover, odor remover, rubbing alcohol and many others with these five food ingredients.

There are other foods which can be used for cleaning, just click them here.

The Benefits of Baking Soda for the Hair, Skin and Body [Part II]

The Benefits of Baking Soda for the Hair, Skin and Body [Part I]

THE MIRACLE AGENT FOR SKIN, NAILS AND HAIR

Not only in the kitchen,vinegar can be used versatile, also in the beauty care it is a genuine multi…

The Importance of Salt

Hello, guys! It's winter here and I have nothing better to do but some housework, stay warm, and of…