Educational Partnerships During and After the War in Afghanistan 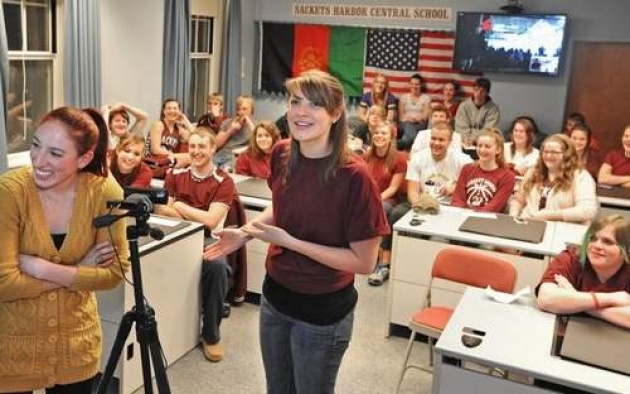 There is a belief I carry that states anyone can obtain a classroom education.  Educating myself with life experience has always stood out more to me rather than sitting behind a desk.  Even as a child I was so much more interested in listening to the person who saw the world, had done exciting things, and been places the normal tourist would not venture.  I will use this for a comparison between the American youth and the Afghan youth after dealing with the war in Aghanistan.

One of the biggest differences between these two are the cultural differences.  The life style of strict cultural and religious beliefs dictate, for the most part, how most young Afghans will live, as opposed to most American youth growing up in front of video games and making free decisions on what to do with their life with parents oppositions being the worst form of dictation.  Many say opposites attract and there could be a lot both sides could learn from each other that could help the education system of Afghanistan as well as Central Asia.  Installing internet classrooms in the Afghan schools has connected them to almost every nation and culture the world has to offer, which for many young Afghans is new.  Now learning goes beyond the classroom and education is as free as any Americans!

What we as Americans are blessed with is complete freedom, especially with education.  To pass on our freedom to these young aspiring students in Afghanistan and Central Asia shows them it can now happen with them.  Just for the young Afghans to skype back and fourth with American students they see the technology, dorm rooms,  what could happen if the right partnerships are made and goals are met.  There are now six internet classrooms built in Afghanistan's Herat area with the seventh opening this month which will be connecting up to 30,000 students thanks to the Afghan Development Project founded by Francesco Rulli now in partnership with Roya Mahboob.  This could be the beginning stages of 30,000 educated young adults who grow to be successful with their lives.  Then this 30,000 turns to 60,000 and keeps adding and multiplying until the economy of Afghanistan has rebuilt itself.

Education in Afghanistan will one day be the savior of it, as it has for many nations.  I have been away from Filmannex for the past couple of months due to schooling of my own and work.  I am always amazed at the progress that has taken place with the dedication of the Filmannex staff and the Afghan Development Project, to provide so many opportunities to the youth and women of Afghanistan.  History is being made with these endeavors and partnerships, and it is dedication like this that could help build a strong nation and end the war in Afghanistan.  Semper Fi.