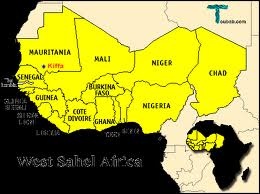 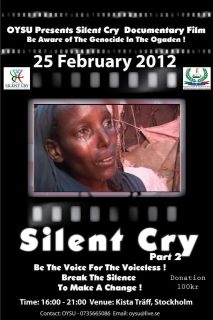 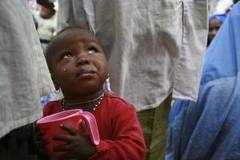 800 MILLION men, women, and CHILDREN go to bed HUNGRY each night. The images of starving children are ubiquitous around the world, but nowhere more so than AFRICA. There is a severe DROUGHT underway in the SAHEL region of Africa. The spillover affects compound farming and gardening food insecurity among the women, with the losers ultimately their children. Geographically, the Sahel countries include Mauritania, Mali, Niger, Chad, and Burdkina Faso. South of the Sahara Desert, this regional belt spans West and Central Africa. At DIPLOMATICALLY INCORRECT, Ambassador Mo Sacirbey and I have been reporting regularly on the plight of children, many of whom have since perished from not having enough to eat. Among Diplomat Artists, rap star Curtis Jackson, a.k.a “50 Cent”, made a visit to the Horn of Africa, Somalia & Kenya raising the level of awareness among global citizens to act. My personal involvement has been with the OGADEN people, suffering the ravages of drought, hunger, displacement, and genocide - with food the ultimate weapon used against them by the government of Ethiopia. On 25 February, the OYSU (Ogaden Youth & Student Union) will be presenting “SILENT CRY,” a documentary to generate awareness of the genocide in the Ogaden, screened at Kista Traff, Stockholm, Sweden. See: oysu@live.se Action is now underway for the Sahel Region. This Wednesday, 15 February, leaders of United Nations aid agencies, as well as humanitarian organizations, and donor governments will meet in Rome to discuss the Sahel region and remedies for an urgent situation threatening millions. From UN News Centre Sources “The needs of the millions affected by drought in the Sahel are enormous, and the time to act is now,” said Josette Sheeran, Executive Director of the UN World Food Programme (WFP), which will host the meeting at its headquarters. “This gathering comes at a critical moment as humanitarian agencies are gearing up their response in an effort to prevent a crisis becoming a disaster.” The needs of the millions affected by drought in the Sahel are enormous, and the time to act is now. Last year, the UN Food and Agriculture Organization (FAO) reported that several areas of the Sahel had been affected by irregular rains during the 2011 cropping season and that an early end to the rains would lead to a significant drop in production and increased food insecurity. Participants at the meeting, which will be hosted at WFP’s headquarters, are expected to include the heads of FAO; the UN International Fund for Agricultural Development (IFAD) and the UN Development Programme (UNDP), as well as the UN Emergency Relief Coordinator Valerie Amos, and top officials from the European Union and the United States.” As Global Citizens, the plight of millions must affect us all - from security, economic, and peace issues, to those of conscience. By, Susan Sacirbey Facebook – Become a Fan at “Diplomatically Incorrect” Twitter – Follow us at DiplomaticallyX Related Film & Blog Reports: “Rap Star Making Good on Promise!” By Ambassador Mo diplomaticallyincorrect.org/films/blog_post/rap-star-making-good-on-promise/45436 “Why Ogaden Isn’t In the News, Is the Wool Being Pulled Over Our Eyes?” By Susan Sacirbey www.filmannex.com/posts/blog_show_post/why-ogaden-isnt-in-the-news-is-the-wool-being-pulled-over-our-eyes-by-susan-sacirbey/33764 “History Repeats Itself in Ogaden,” By Susan Sacirbey www.filmannex.com/posts/blog_show_post/history-repeats-itself-in-ogaden-by-susan-sacirbey/34177 “Diplomatically Incorrect Channel” diplomaticallyincorrect.org/c/diplomatically-incorrect “Humanitarian Channel” diplomaticallyincorrect.org/c/humanitarian