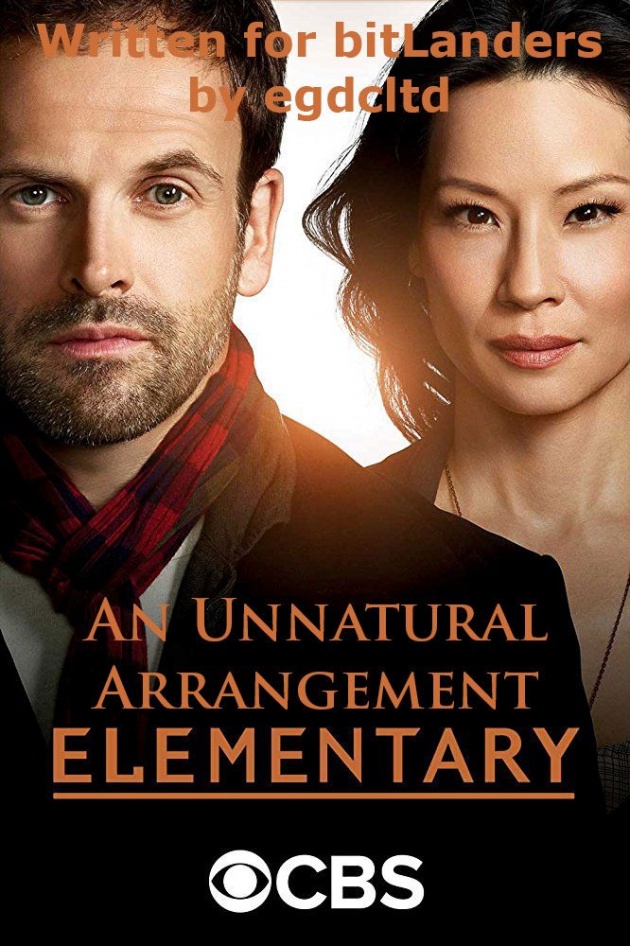 "An Unnatural Arrangement" is episode six of season two of Elementary, the modern crime drama based on Sir Arthur Conan Doyle's fictional detective Sherlock Holmes. In this episode, a man breaks into Mrs Gregson's home and tries questioning her about her husband. 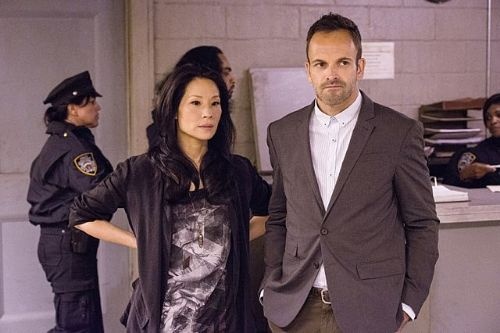 Watson is Asked for Assistance by a Detective

Holmes and Watson are at the holding cell in the precinct. Watson wants to know why they are wasting one of their finite number of Friday nights doing this. Holmes says that Friday night is when the holding cells are busiest, and by looking at the men in the cell they can figure out what those imprisoned have done. Watson guesses a couple right then goes for a coffee. Another police offer knows who she is and asks for help with a bunch of falafel carts that have been knocked over. He only wants Watson to help, not Holmes - he has encountered Holmes before and would prefer if Watson helped alone (this results in Watson getting annoyed at Holmes).

Shooting At An Intruder

Meanwhile a woman enters a house on the phone, leaving a message for an adult child who is away at college. There is a man in a balaclava on the couch. He wants to know where her husband is. When she says she doesn't know, he pulls a gun. She sets off her car alarm, runs upstairs to a room and shuts the door, grabs a gun from a drawer and, when the intruder tries breaking through it, shoots several times. 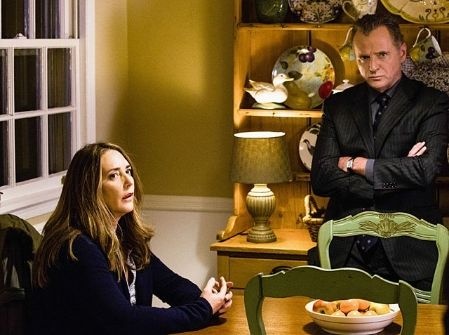 The Woman in the House is Gregson's Wife

The intruder, whoever he was, has left, but there's blood behind. The woman calls the police, and she wants to check that her husband is okay, given that the intruder was asking about him. Her husband is Captain Gregson. Detective Bell arrives at the scene, as well as other police, Holmes and Watson. Mrs Watson is a pretty good witness, but it turns out that Gregson is not currently living at home.

Gregson can't personally work on the case, given the personal involvement, but he wants it solving quickly. Holmes asks for access to all of Gregson's files, and he agrees. Watson did not know that Gregson was living separately but Holmes knew, or at least suspected, due to changes in personal behaviour on the captain's part. Holmes is actually more surprised that Gregson's marriage has lasted this long, as he considers Gregson to be an excellent detective, something that is not conducive to remaining married. Sherlock does not have a high opinion of the concept of marriage (in fact, he sounds remarkably similar to Bones's Temperance Brennan). 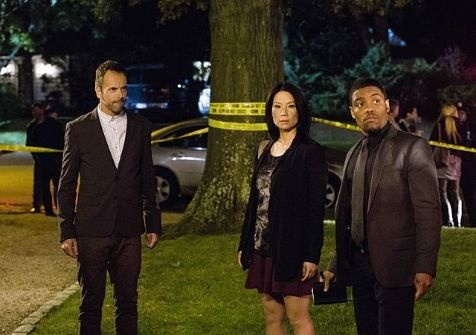 Holmes does not expect to find the intruder in Gregson's case files. Gregson deals with intelligent criminals, of a type that would know that attacking a policeman is very bad business. Holmes thinks they are looking for an idiot. The captain has a wannabe best buddy, who Sherlock considers to be a suspect. Bell wants to know if there's any possibility the separation could be related and the suspect does seem a viable suspect. Only he isn't; the man shot himself in the wrong shoulder so that he could confess to a crime he didn't commit. So, more complicated than expected. Then a masked figure, probably the intruder, kills someone else. Someone who has no obvious connection to Gregson and he doesn't recognise the newly deceased, a soldier between tours in the Middle East. So, what is the connection? Presumably there is one. Except there isn't. There is a connection between the dead man and Gregson's neighbour - the wrong house came up on the internet and the killer went to the wrong place. Which means that the killer may not be the type of idiot Holmes thought, because he wasn't going after a cop. So, why is the killer going after soldiers?