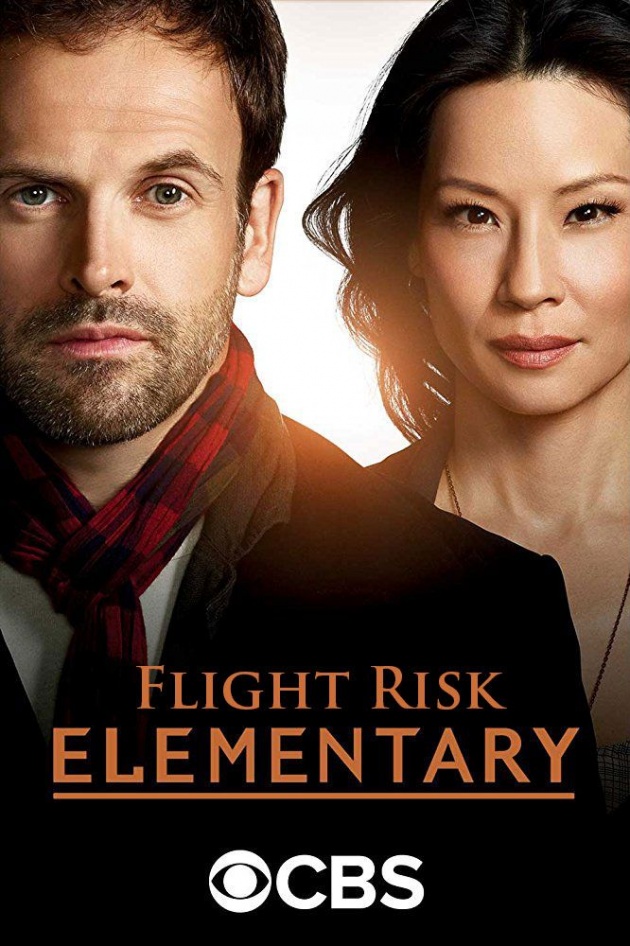 "Flight Risk" is episode six of season one of Elementary, the modern crime drama based on Sir Arthur Conan Doyle's fictional detective Sherlock Holmes. In this episode, Holmes finds a victim from a plane crash he says was murdered prior to the actual crash. 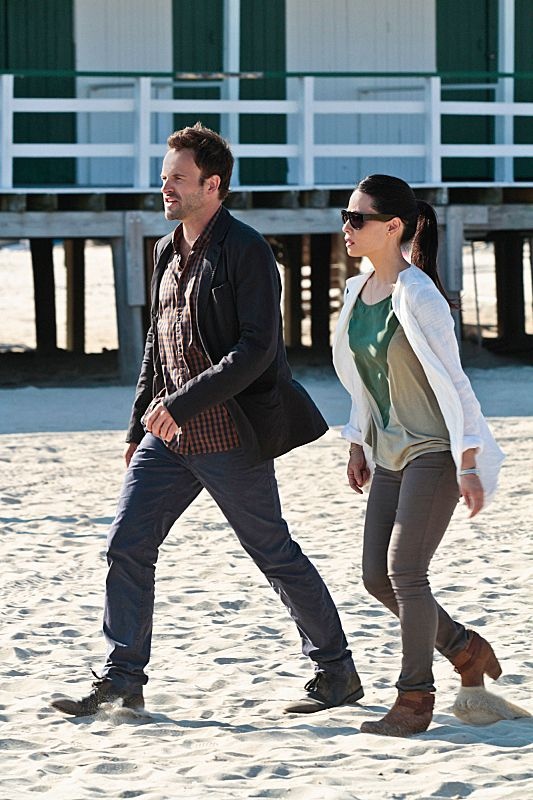 Heading to a Plane Crash on the Beach

Holmes is listening to scanners because the last week has been boring. Watson tells him that his father is coming to town and will be meeting them for dinner. Sherlock says his father will not show up for dinner, as he does everything electronically. Then a report comes over the scanner which Holmes identifies as meaning a plane crash, so they head out to the scene. 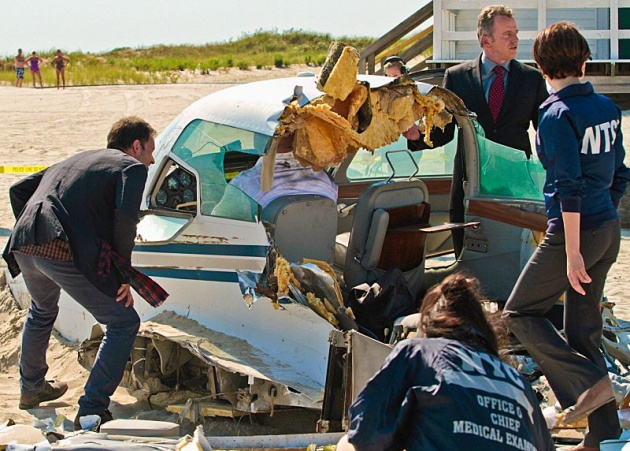 A small plane full of attorneys has crashed onto the beach, and Captain Gregson is on the scene, but simply to lend a hand. The actual investigator says that they've got everything under control, but Holmes goes and takes a look anyway. Holmes states that one of the passengers was murdered before the plane crashed. Now, if there was a killer, they should have died in the crash as well. So there isn't exactly a killer on the loose. The killing was done in a rather peculiar place and manner - why wait to do it in a small plane? - but Watson thinks that Holmes is simply trying to avoid having dinner with his father. The lawyers were heading to a retreat to discuss a large class action suit they were handling. 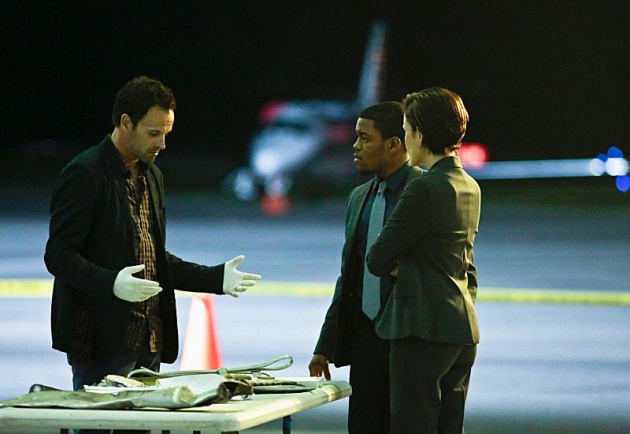 After the murder weapon doesn't turn up, and the black box does, Holmes decides that the murder was carried out elsewhere, and the body placed on the plane. The body being partially responsible for throwing off the plane's weight, and therefore causing it to crash. So the murderer did not die in the crash - and caused the death of three other people. The company that was involved in the class action suit is, of course, a potential suspect now, and one of the executives from the company was seen with the murdered man beforehand - but it wasn't him. Then Holmes decides that the plane was sabotaged as well. So it seems that someone wanted to bring down the plane, not just use it to hide a murder. But why?

Watson Thinks Holmes Has a Fear of Flying

Watson decides that Holmes' obsession with the case is related to a fear of flying.