Elementary - On the Line 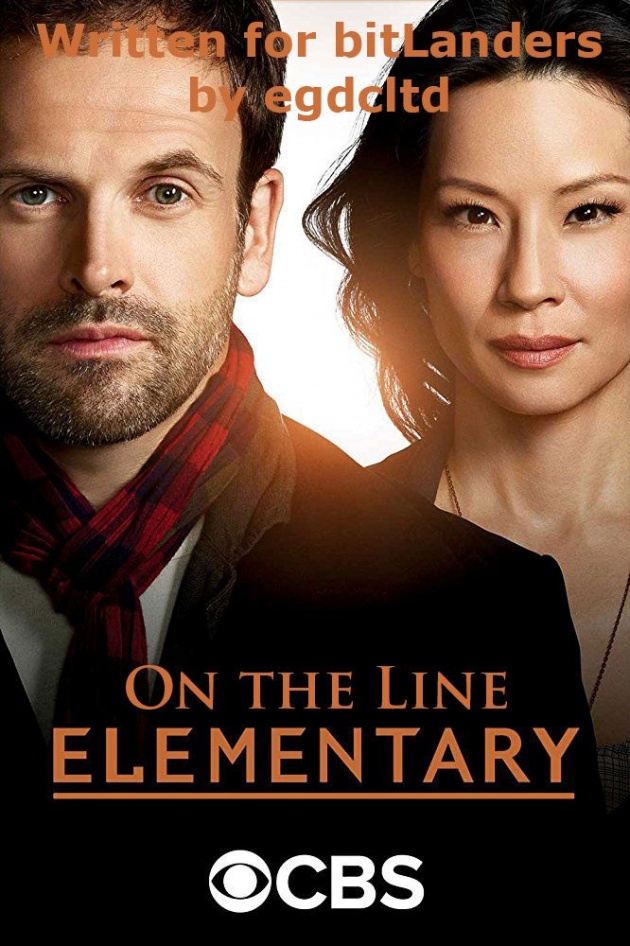 "On the Line" is episode nine of season two of Elementary, the modern crime drama based on Sir Arthur Conan Doyle's fictional detective Sherlock Holmes. In this case, a frame-up leads Holmes to suspect that the man being framed is a serial killer.

An Odd Form of Suicide? 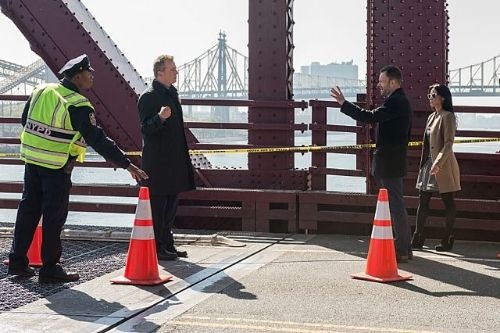 Holmes and Watson are on the bridge in the daylight. An officer is about to remove some cones when Holmes asks him not to, because the traffic will destroy the integrity of the crime scene. Captain Gregson arrives and tells Sherlock it is okay, that they have solved the crime without him. They already have a suspect in custody; before the young woman died she had called the police and told them who was about to shoot her. The police don't have much of a case, so Gregson wants Holmes to shore up the case.

Holmes Says the Death is a Suicide and a Frame-Up

The young woman, Samantha Wabash, is dead, from a single gunshot wound to the forehead. She had called the police and said she was being stalker by a man she knew, Lucas Bundsch, who owns a recording studio and a .38 revolver and who she considered to be responsible for abducting and butchering her sister 6 years ago. Bundsch was not on the top of the police's list for the sister's murder and had even passed a polygraph. The dead woman had been hounding Bundsch for years and got nowhere. Gregson thinks that perhaps she had finally pushed Bundsch too far and he had struck back. However, Holmes says her death is a suicide, and a frame-up.

Holmes Decides the Man Being Framed is Actually a Serial Killer

Bundsch offers to take a polygraph regarding Samantha's murder, whilst Gregson has the river dredged. Although the gun is found, clearing Bundsch, Holmes observes the start of the polygraph, before it is called off due to the gun and weight being found, and sees something that makes him think he made a mistake. Not regarding Samantha's death, but that he should have let her frame Bundsch. For Holmes believes the latter to be a serial killer. 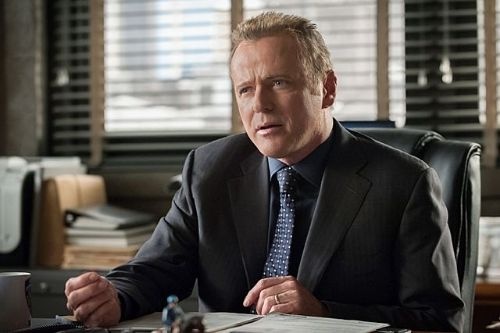 Planning to Beat the Polygraph

Holmes had seen Bundsch behave in a way that suggests he was planning to beat the polygraph, including having a substance on his hands that prevented him sweating. Gregson points out that there is a reason why polygraphs aren't allowed in court. However, if Bundsch didn't kill the six years dead sister, Allie, why did he plan ahead to beat the polygraph? He definitely didn't kill Samantha.

Bundsch Was Not Believed Responsible for the Sister's Murder

The detective who got the disappearance of Allie originally does not believe that Bundsch was responsible. Samantha had seen Bundsch moving a fridge near her sister's apartment and never saw her sister again - alive. There was a voicemail from Allie the following day, and the police believed it was only after that she disappeared. She was also seen leaving the message on a camera - whilst she was alone.

The former investigating detective, Coventry, gets rather annoyed with Holmes. Holmes thinks Coventry is an idiot. Sherlock also intends to investigate the original case. The camera footage when Allie was shown making a call by herself, together with evidence from Samantha's PI, causes Holmes to believe that the call was made under duress - because she had a bomb in her boot. Or at least something that looked liked one. Bundsch then turns up at Holmes' place. To clear his name. Or so he says. More like threaten them. 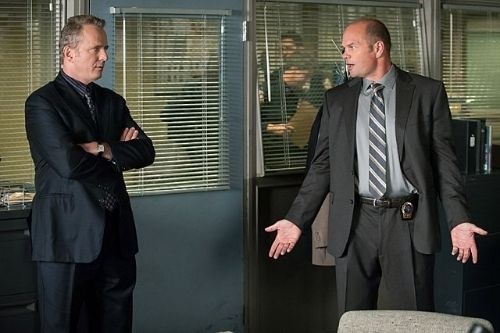 There are at least two other victims, one possible (the woman is still missing), one definite, according to Holmes. Detective Coventry is not impressed. According to Coventry, Gregson's precinct is not impressed with Holmes. As a result of Holmes' investigation, Bundsch starts playing games and Sherlock gets taken off the case, and has to work without the help of the NYPD. Holmes wants to take a rather different approach, which Watson does not think is a good idea.