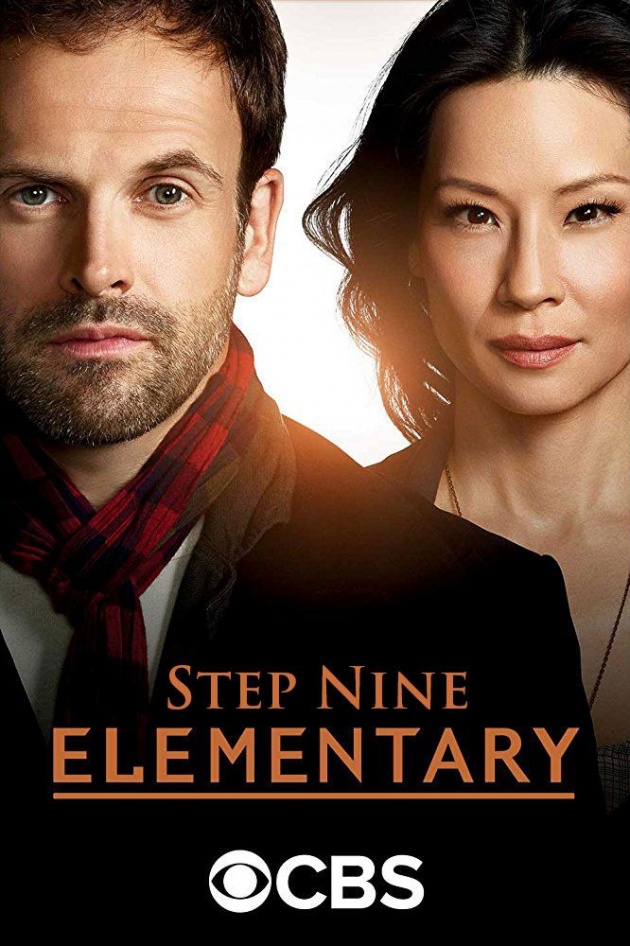 "Step Nine" is episode one of season two of Elementary, the modern crime drama based on Sir Arthur Conan Doyle's fictional detective Sherlock Holmes. In this episode, Sherlock helps out his former compatriot Gareth Lestrade.

A Drunken Copper at a Funeral

The episode opens with a funeral at Highgate Cemetery in London. The vicar is saying some words when a dishevelled drunk (Sean Pertwee) interrupts. He wants to say a few words about the deceased, but there's an injunction against him. The drunk pulls out a grenade, causing most to run away - it seems that he used to be an officer of the law until the deceased set a legion of solicitors on him. The dead man's son, Lawrence, says that the former detective destroyed his own career, but the man accuses Lawrence of killing his wife and that Lawrence's father destroyed his case. The former copper's name is Gareth Lestrade. 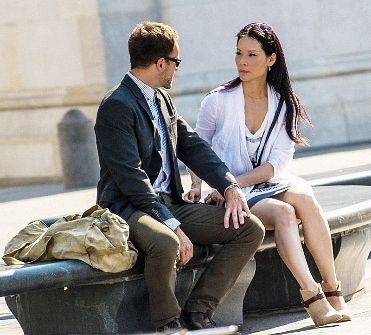 Sherlock is in Washington Square Park, to which he has summoned Watson. Holmes states that he had a breakthrough regarding a case of several murdered U.S. attorneys, who were investigating a pirate ring. Holmes had been unable to work out how the syndicate was communicating with the man hired to commit the murders. Holmes states that he's figured out they are using carrier pigeons. Holmes has followed a pigeon from the murder's apartment so that he can see who comes to collect it and read the message. The man attempts to get away but winds up being effectively stopped by Watson.

Off to London to Help Lestrade

This case is solved and Holmes receives a call from an unknown number and he gets a message regarding former Inspector Lestrade of Scotland Yard. Holmes is going to help Lestrade so they are heading to London. Lestrade was what Holmes said was the best of the bad bunch he was given to work with. He was utterly adequate as a detective, but ended up taking credit for Holmes' successes, as Sherlock avoids the limelight.

Make a Start on Step Nine

Watson is concerned about what will happen when they get to London, as he left it in disgrace. She also suggests, when they are in London, that Holmes makes a start on Step Nine of the twelve step programme, and starts making amends to people he harmed. Such as Lestrade.

Find Lestrade, Not Solve the Case

DCI Hopkins greets the two at Scotland Yard. He says that the man from earlier, Lawrence Pendry, the son of a media mogul, had called 999 (note for U.S. types - that's the same as 911) and claimed that he and his wife had surprised an armed intruder (which is a little unusual in the UK; guns are not common), who wound up shooting his wife dead. Lestrade took a dislike to Pendry, but no gun was found on the scene and there was only an 8 minute window for Pendry to have disposed of it in. The DCI says that Lestrade struggled once Holmes left, cutting corners to close cases. Pendry senior used his papers to paint a very negative picture of Lestrade, and Scotland Yard. Hopkins wants Holmes to find the now-missing Lestrade, not solve the original case. Of course, there is no way that Sherlock is going to leave it like that.

Mycroft Holmes is in 221B Baker Street

At 221B Baker Street, Holmes says that he had left a friend named Geezer Bob in charge of his home. He builds up the description to such a degree that it comes as no surprise when the place has been transformed more than a little. That's because the current resident is not the aforesaid Geezer Bob - but Sherlock's brother, Mycroft. The brothers' relationship is not brilliant. Holmes is not happy that their father gave Mycroft his flat. Sherlock considers Mycroft an embarrassment, and lazy. Mycroft apparently runs several restaurants. The brothers have other issues. 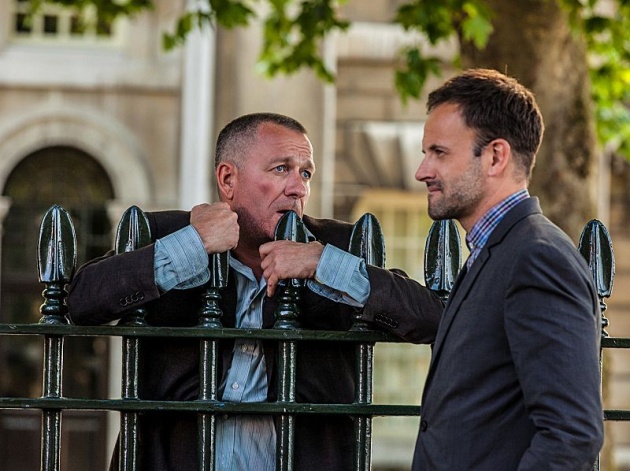 Lestrade is Found - Now to Solve the Case

Holmes finds Lestrade quite quickly, but the latter wants to solve the case - and wants Sherlock to help him. It's no surprise when Sherlock agrees to help, and decides that Lestrade was right. They only need to prove it. 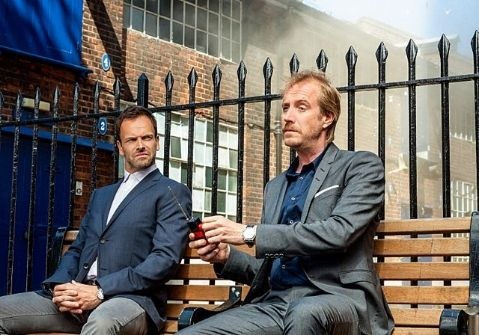 Is there More to Mycroft?