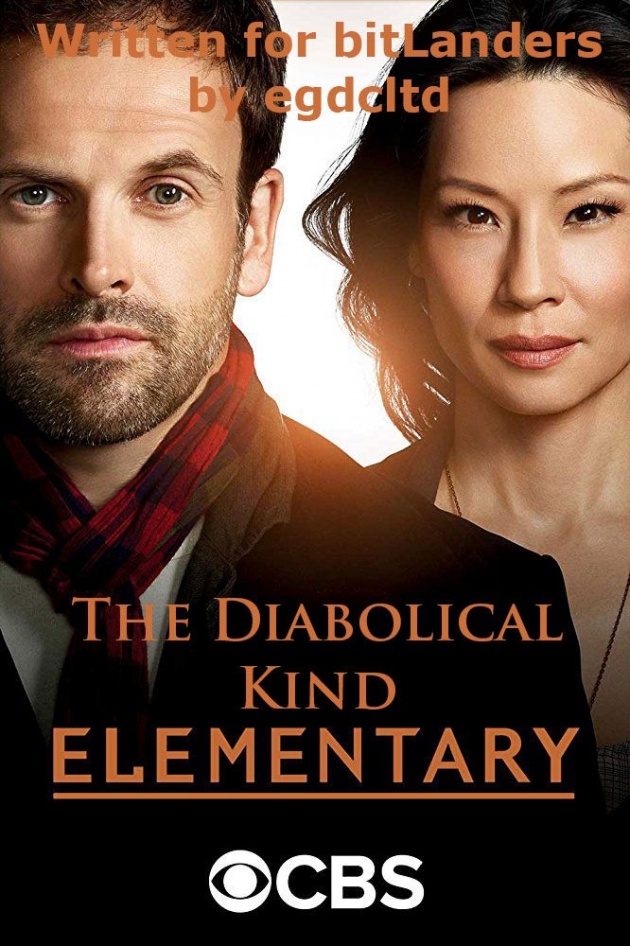 "The Diabolical Kind" is episode twelve of season two of Elementary, the modern crime drama based on Sir Arthur Conan Doyle's fictional detective Sherlock Holmes. In this episode, Moriarty agrees to help on a kidnapping involving one of her lieutenants.

In the season one finale, "Heroine", Moriarty was revealed to be also Irene Adler - two of the people whose roles are most expanded and developed outside of the original stories were the same person, which is unusual to say the least. Holmes managed to con Moriarty into coming into hospital by faking a drug overdose, where she was arrested.

Holmes is Corresponding with the Imprisoned Moriarty

This episode opens with Watson on the way out and Holmes retrieving a bundle of letters from his bees after she does so. The letters are the correspondence between Holmes and the imprisoned Moriarty and Holmes is writing a new one, discussing love and considers his relationships with others - Watson, Captain Gregson, Detective Bell. Moriarty herself has painted a picture of Watson. 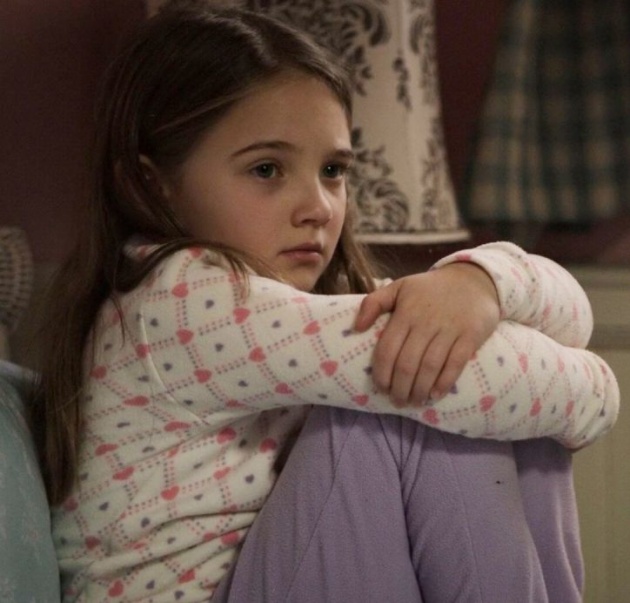 The Abduction of a Young Girl

A group of black-clad men, armed and with night vision goggles, exit a van after viewing a computer schematic. They break into a building and shoot a man on the stairs when he sees them. They enter a room and abduct a little girl from her bed.

19th Century is Not Old Money - Not for Britain

The dead man was the girl's father. The family comes from what Gregson describes as British old money - only 19th century, though, so not that old. Quite recent in fact. The wife never noticed anything, calling the police after she found her husband's body. The intruders got past some good security.

The Man Who Pretended to be Moriarty

The wife, Mrs. Fuller, gets a call from a number with no caller ID, just a question mark. When she answers, a man is on the other end and asks the other parties to identify themselves, which Gregson does. The man asks for $50 million. Holmes recognises the voice on the phone - it is that of the man who pretended to be Moriarty in a phone call to him. 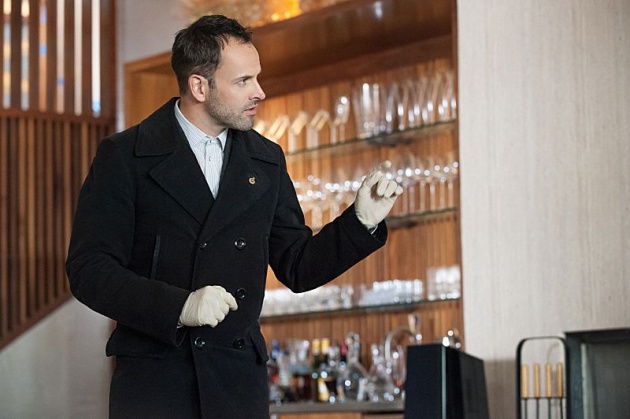 Holmes tells Gregson that the caller is one of Moriarty's lieutenants, and that they do not act without her approval. So Holmes asks to see Moriarty. Gregson says that you can't just walk into a supermax prison, but Holmes knows he is on Moriarty's list of approved visitors. So he has to explain to Watson that he has had letters - 37 in total - from Moriarty, the first arriving just before their trip to London in "Step Nine". All sent to a PO box that Holmes maintains in the Bronx, although he doesn't know how Moriarty discovered it belonged to Sherlock. Holmes says that he started responding after the fifth letter, when Moriarty said she was going to stop. Purely in the name of science, as Moriarty is a criminal genius worthy of study. Watson does not appear to be convinced by this explanation. 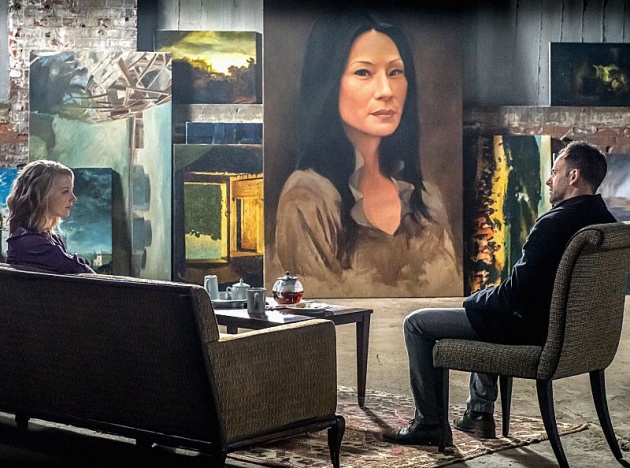 Gregson calls and says that it has been approved for the three of them to see Moriarty. Although she has been moved - she is now in what Holmes describes as a black site in Brooklyn Navy Yard. The FBI and Scotland Yard have been trying to put a case together against Moriarty; she has not admitted her true dealings but has dropped certain pieces of information, as a result of which certain concessions have been made. Moriarty is the only prisoner inside a warehouse, and the only agent who interacts with her has been carefully screened to ensure that he will not be vulnerable to Moriarty's seductive charms. Through something that seems obvious, and Holmes agrees is not a bad idea, but Gregson doesn't immediately twig to. The agent isn't interested in women. Moriarty's only communication has been with Sherlock, and she has been allowed one paper.

Moriarty Claims to Not Be Involved

Moriarty says that she doesn't like kidnappings for ransom, and that she isn't involved. Holmes says that it is her lieutenant who made the call. She says that the man was always ambitious, and that she could provide some information. For a price. Moriarty has a list, and she suggests Holmes look it over too. 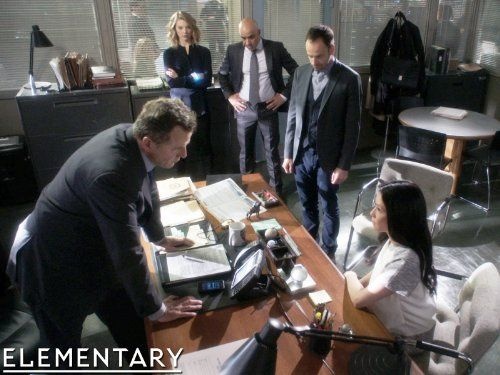 Moriarty is Now a Consultant on the Case

The kidnapper, who Holmes called Fauxriarty, wants to play cribbage with the young girl, Kayden. His men are getting nervous, and wants to know when they will hear from Moriarty. He says soon - whether or not he is telling the truth is uncertain. He could be acting on his own, or it could be a ploy by Moriarty. Who has agreed to help on the case and is brought to the precinct. As a consultant. Holmes is not enthused by the idea. Neither is Gregson. The agent in charge, Mattoo, says that they have ample measures in place to prevent Moriarty's escape. Gregson says Moriarty could have helped from her cell; Holmes says it's much easier for Moriarty to escape from the precinct. Moriarty has cashed in favours for this and, if she doesn't work with the NYPD, she will work with the FBI.

Moriarty provides details on the kidnapper, and the men he is most likely to work with, but their existence cannot be confirmed. Moriarty provides drawings of the men, which are distributed to the NYPD. They do exist. 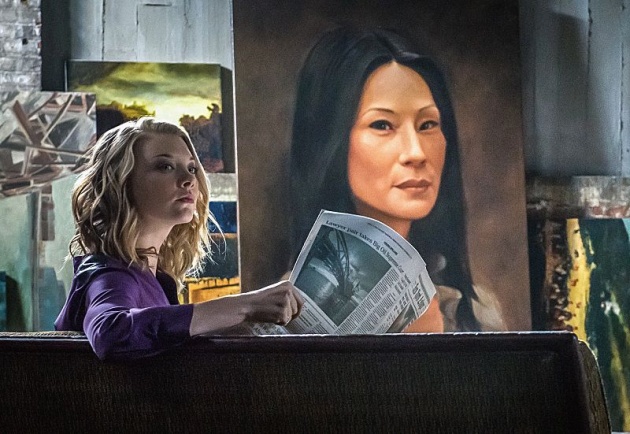 Moriarty and Holmes' relationship with each other is discussed, by Holmes, Moriarty and Watson. Holmes is convinced that Moriarty is playing a game. Which she is, but the actual game comes as a bit of a surprise to Holmes, although it can be guessed earlier.