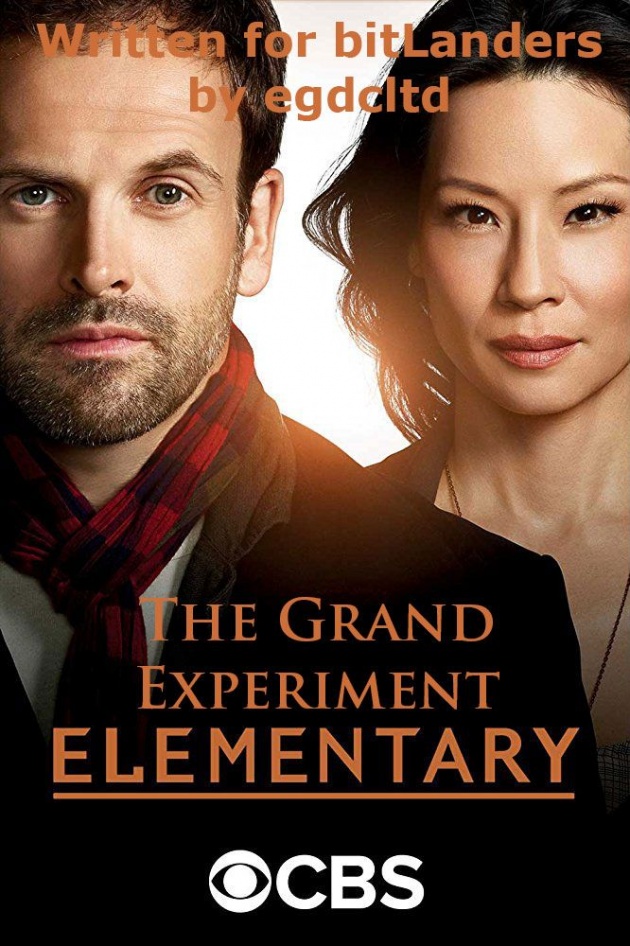 "The Grand Experiment" is episode twenty-four of season two of Elementary, the modern crime drama based on Sir Arthur Conan Doyle's fictional detective Sherlock Holmes, and the season finale. In this episode, Sherlock tries to discover who is framing Mycroft.

In the previous episode, "Art in the Blood", Sherlock had been asked to look into the murder of a former MI6 analyst, West, by Mycroft's handler, Sherrington. West had believed that there was a mole in MI6. Sherlock had agreed and discovered that West had information tattooed on his arms in UV ink, arms that were then removed from his corpse. 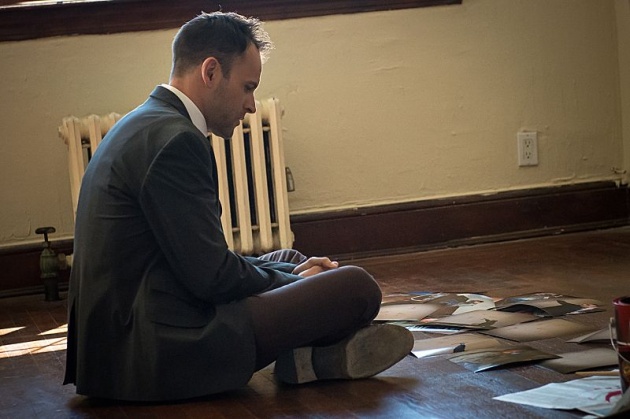 The Murder Weapon Leads to Mycroft

The NYPD had found the gun which killed West, and there were recognisable prints on it, although prints that were not in the system. Prints that Sherlock recognised. For they belong to Mycroft. So Sherlock had rung someone to confirm that there was a mole, and that he knew who it was. Sherlock had then arrived at Mycroft's, where Watson was as well, and told his brother that someone was trying to frame him.

This is Not a Ploy

Mycroft at first says that this is just a ploy by Sherlock because he find out that he and Watson were together again. Sherlock says that, in all good frame ups, the person being framed tends to die. So he takes Mycroft's car keys and, from his apartment's balcony, starts the engine of Mycroft's car. Which promptly explodes. 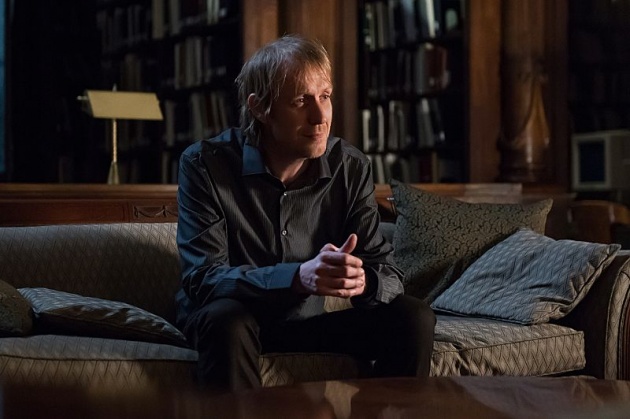 Watson says at least no-one else knows that Mycroft is supposed to have killed West, but the phone call that Sherlock made was to MI6, telling them exactly that, and that Mycroft was the mole. The information was going to come out anyway - the mole would make certain of that - and Sherlock wants to work from within MI6. 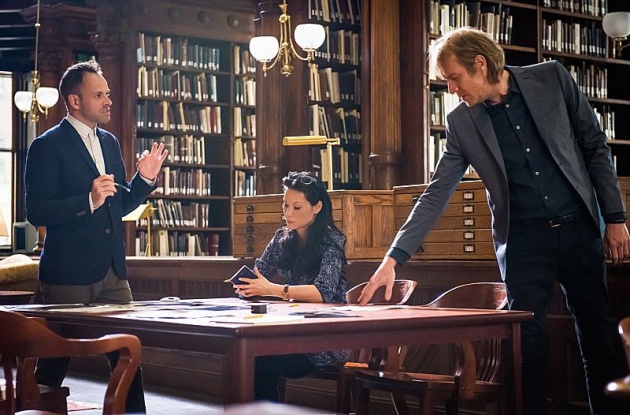 Mycroft's Handler is an Obvious Alternative

That does not seem to work, so Sherlock and Watson watch the bookshop that West believed belongs to a Iranian spy. Sherlock discovers a phone scrambler, and he works out what the information on West's arms meant. With the time and date of the calls, and the location of the cell phone tower that they were made from, the identity of the mole can be discovered. However, Mycroft was at every location at the time the calls were made. Which Sherlock says is why he was picked to be framed. There's an obvious answer - Sherrington, Mycroft's handler.

Gregson Wants to Know What Sherlock Has to Say

Captain Gregson and Detective Bell have discovered that Mycroft's prints are on the murder weapon. Gregson isn't planning to do anything with this information - yet. But he wants to know what Sherlock has to say about the matter first.

Watson is Moving Out

Sherlock isn't handling Watson's statement that she's moving out very well. He also wants to know how Watson got over her anger with Mycroft. This was because Watson had found out that Mycroft had left MI6, then returned again. Mycroft explains that this was done to protect Sherlock - the latter, during the worst period of his drug use, had accidentally aided and abetted a terrorist. Either Mycroft rejoined MI6 or Sherlock would go to prison. Such information, if Sherlock were to discover it, might be damaging for him. Watson doesn't know that Sherlock has hidden a small packet of drugs in the brownstone, found during "The Man with the Twisted Lip"; could he turn to this?

Not a cliff-hanger ending to the season, but one that looks to promise change.