Earlier this week I came across a video posted by Film Annex titled Soumitra Dutta on Technology and Digital Media in Afghanistan. It contains an interview of Soumitra Dutta; an academic, author and businessman who is currently the Dean of the Samuel Curtis Johnson Graduate School of Management at Cornell University. During the interview he touches on the topic of technology and fantastic programs such as Women’s Annex. What stood out to me in this video however was the true power that technology is giving to developing nations. I consider myself very fortunate to live in a country such as Australia where the internet is easily accessible. Previously, I had never stopped to really consider the benefits that this access could have for developing nations, and I now see that it truly is something I should not take for granted. 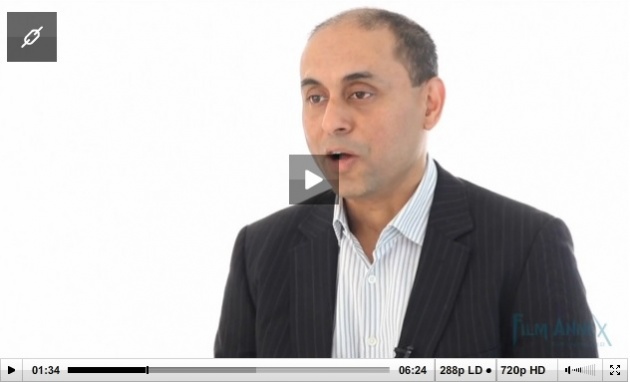 Dutta discussed how projects such as Women’s Annex have contributed significantly to the accessibility of internet in developing countries such as Afghanistan. He argued that it is fast becoming irrelevant if you are poor or rich and that internet access allows a form of equality as people ‘enter into a common pool’.  He also highlighted that many countries don’t allow you to express yourself in the media very easily or openly – technology is allowing people to express their own views.

Another crucial point which I took away from this video was how technology gives people the ability to be connected. Dutta stated that ‘when people get together they can get very interesting projects done’. Ultimately in the filmmaking industry we aim to communicate, connect people and work together, so I can see the impact of technology first-hand and agree with him completely.

What I am really hoping to see in the future is developing countries such as Afghanistan progressing even more and participating in not just online discussions but also discussions through film. As Dutta summarises, technology allows self empowerment and gives people a voice and ownership in this digital world. With the continued support of projects such as Women’s Annex, progression is a realistic goal.

I urge you to watch the video and comment on my blog with your views. Are you from a Western country where the internet is easily accessible to you? Or, are you reading from a place where you have perhaps only recently gained internet access? I would love to hear your views and encourage you to take this discussion further.

This blog was written by Laura Hutton – Communications Coordinator for Alex Nakone Films. Laura’s LinkedIn profile can be found here.