THERE'S A FORMULA for stories like this one: Open with a stadium full of screaming fans. Zoom in on the contestants, sweating from the intensity of the competition. Then comes the incredulous reveal: This isn't basketball or boxing or even billiards. It's eSports-and the "athletes" are headset-wearing, energy-drink-guzzling gamers. But enough of all that! More than 20 years after the first video game tournaments, top eSports tourneys now draw audiences that rival the biggest traditional sporting events; popular midweek live streams routinely attract more than 100,000 online viewers. Coke and Nissan have joined Logitech and Red Bull as tournament sponsors. Gaming is what every traditional sports league is desperate to become: young, global, digital and increasingly diverse. So can it ever be a sport? Does it matter? eSports are here. They're real. They're growing. And we have the numbers to prove it.

SO HOW BIG is this gaming thing? Let's start with this: Some 205 million people watched or played eSports in 2014, according to market research firm Newzoo -- meaning that if the eSports nation were actually a nation, it would be the fifth largest in the world. (They're coming for you next, Indonesia!) And while eSports have long been biggest in Asia, especially gaming-mad Korea, North America and Europe now claim 28 million eSports fans and the number is growing by 21 percent a year.

TWITCH, a video-streaming site that boasts 55 million users, is arguably the most important contributor to eSports' recent growth. Offering streams of games and tourneys and access to gaming's stars, it's also where the next generation of would-be gamers post their own streams. And apparently someone's watching.

THE GAMER STEREOTYPE? Young, single, male ... and living in some sort of basement. In actuality, according to Newzoo, more than half of American eSports fans are employed full time, 44 percent are parents and, perhaps most surprising, 38 percent are women (another study puts it at 44 percent). One part of the stereotype does ring true, though: eSports fans do tend to be young. Just 28 percent are over 35-which, of course, is a selling point to advertisers looking to reach the next generation of consumers.

PEOPLE WATCH this thing? Well, in a word, yes. When Major League Gaming launched in the early 2000s, its tournaments played out in hotel ballrooms before ... dozens of fans. Today, eSports' biggest tournaments rival practically any sporting event. The League of Legends Championship sold out Staples Center in 2013, then sold out the 40,000-seat World Cup Stadium in Seoul a year later while drawing an online audience of 27 million -- more than the TV viewership for the final round of the Masters.

PRESENTED WITHOUT comment: as an overall category, gaming has more YouTube followers than news, movies and education combined.

MAMAS, DO let your babies grow up to be eGamers. These five, all members of team Newbee, totaled $5.03M for winning the 2014 Dota 2 title. The prize pool has increased by more than 580 percent since 2012. 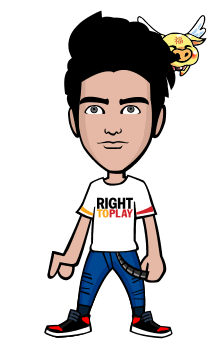 Hi, I'm Mikko from the Philippines! Woooo!
Elementary Teacher. Gamer (DOTA, LOL, CSGO). Sports Investor(Bettor).
Love anything out of the blue! :) Tune in for good reads and sports picks if ever you are a bettor. :) More focused on the teaching side Hehehe.

This should be a thing. Almost every person who has played an online game, especially competitively,…

CEVO a major eSports community has partnered with Xapo the worlds most secure bitcoin wallet.And to …

SNAKE: READY TO SHED SOME SKIN

Snake constantly nipped at the heels of LoL Secondary Pro League powerhouse, King, to take a bite of…