Eurozone Divorce Even Before Marriage Over Money or Banking Union? 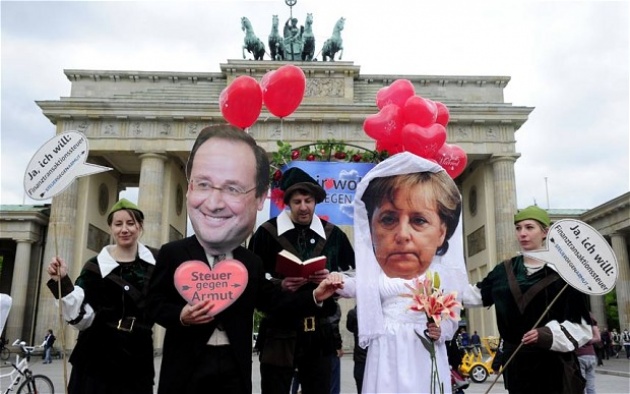 European bank union coming? Vicious Cycle of losing confidence in European banks and the already varying standards are prompting the European Commission to propose another remedy to the Eurozone crisis. Actually makes sense as means to recapitalize, standardize and promote deposit insurance and confidence. It is also an inevitable step in any further “European project.”

Immediate problem of need to recapitalize many banks also needs to be addressed. The bleeding of capital in countries as Spain and Ireland has been most profound, but as crisis has dragged on it has become a continent wide problem. The European Stability Mechanism has been promoted as potential mechanism to access such capital.

All of this has logic except that the current EU treaty mechanisms may not allow for it and apparently Germany’s current political leadership remains critically opposed. Such mechanism would also leverage Germany’s balance sheet even further, and it does remain to be seen beyond political will, how much the healthier economies as the Netherlands (along with Germany) can bear of the immediate fiscal load.

Divorce Before Marriage Over Money?

However, the primary problem emerging now maybe the great ideological divide between those stuck to austerity (like Chancellor Merkel) and a new wave of victorious (like Francois Hollande) who are seeking more growth oriented policies. Photo Courtesy of the Telegraph – “French & Greek Elections Have Overthrown Angela Merkel”  In my opinion, the old austerity strategy has proven to be in practice both counterproductive and maybe most critically divisive. See our Blog for Film –“Austerity is Killing Jobs & Economic Health”. Beyond the current financial crisis, the biggest question may be if not now when will Europe find its mojo to get to the next level of federalism. Europe is in a sort of prolonged engagement-there is no civil or other marriage yet. By and large, engagements either proceed to marriage or they end, with engagement ring returned or not. This would not be the first marriage that was not that ends up in divorce over money! Also see our Blog for Film – “Is Euro Overvalued?”