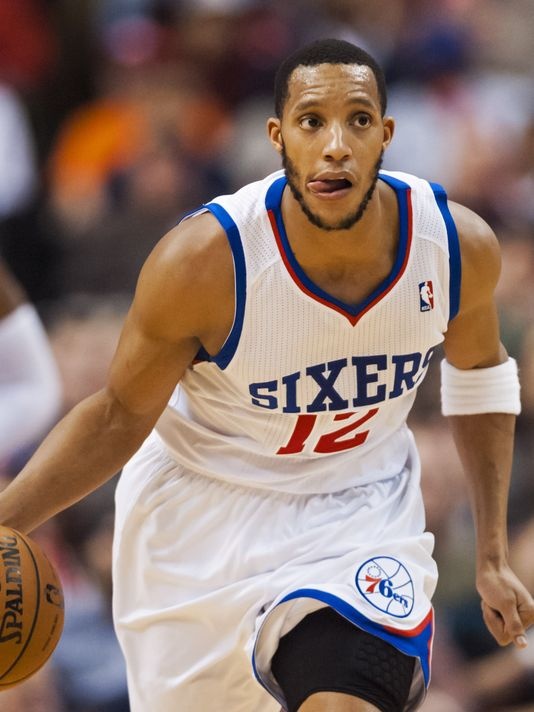 Evan Turner leaves the 76ers for a trial run of sorts with the Pacers before becoming a restricted free agent.(Photo: Howard Smith, USA TODAY Sports)

If ever anyone was accustomed to taking a wild shot and then watching it go in, it's the legendary man who runs the Indiana Pacers.

"Larry Legend" they call him. And just when it seemed that Thursday's NBA trade deadline was going to be so unsatisfying that one NBA executive compared it to "kissing your sister," Larry Bird and his front office buried one of those absurd shots that he made famous in those old McDonald's commercials from yesteryear.

Over the Miami Heat's head, off the Philadelphia 76ers' backside, and ... swoosh.

In acquiring young Evan Turner and Lavoy Allen from Philadelphia in exchange for veteran small forward Danny Granger, the Pacers made an already-compelling playoff push even more intriguing as part of their mission to unseat the two-time defending champion Heat. Turner is just the type of talent the Pacers needed to bolster their bench, a 25-year-old who was putting up impressive-yet-ultimately-empty numbers as part of a rebuilding project but who will now have a chance to be as big an X-factor as you'll find when the games matter most.

That was supposed to be Granger's role, and he very well may have played it to perfection had this deal not gone down. You almost had to root for Granger to do just that, what with the classy way in which he'd handled this unique situation in which he went from franchise centerpiece to borderline afterthought because of a string of injuries.

But the combination of his harrowed health history (five games played last season) and his current production (35.9% shooting, 8.3 points a game) meant his impact come the postseason was far from a sure thing. Enter Turner, the explosive talent who was drafted second overall out of Ohio State in 2010 and was averaging 17.4 points, 6.0 rebounds and 3.7 assists for the 76ers. This will be a trial run of sorts, as Turner will be a restricted free agent this summer so long as the Pacers tender his $8.7 million qualifying offer.

Bird, of course, had already added a potentially pivotal piece in center Andrew Bynum. It's all making for a memorable rematch between the Pacers and Heat in the Eastern Conference finals that maybe, just maybe, will help us forget how bad the rest of the East has been. 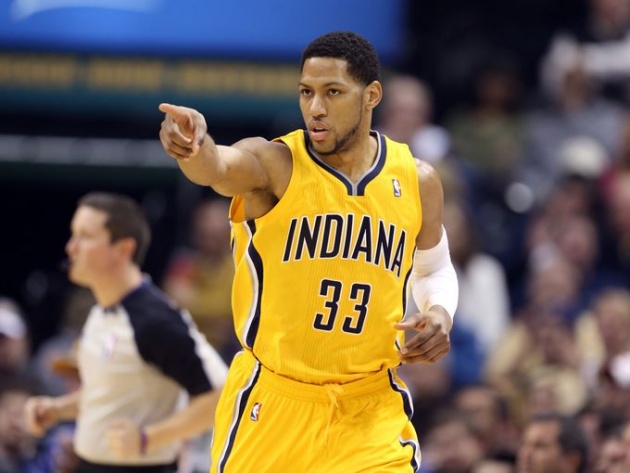 Bird's masterstroke was the lone shocker of deadline day, with the rest of the action far more about what could have been as opposed to what was. The New York Knicks fell short in their pursuit of an impactful trade, discussing a deal with the Los Angeles Clippers until the buzzer sounded that would have involved, among other players, the swapping of Knicks guard Iman Shumpert for Clippers point guard Darren Collison.

But Shumpert's medial collateral knee ligament sprain Wednesday against the New Orleans Pelicans complicated matters, and the fact that his MRI results became known within the final hour of the trading season made for a dramatic, if anticlimactic, finish. Time will tell what that might mean for the future of Knicks free agent-to-be Carmelo Anthony, as the Knicks were under pressure to improve the roster so as to help convince their star scorer to stay. Anthony said at All-Star Weekend in New Orleans, however, that the plan put in front of him once the offseason rolls around will be the one that determines his fate.

Meanwhile, all those teams that were hoping for the Boston Celtics loosen their vice grip on point guard Rajon Rondo were left wanting more as well. The Knicks, Toronto Raptors, and Sacramento Kings had been among those teams known to be pursuing Rondo in the weeks leading up to the deadline, but Celtics general manager Danny Ainge opted to keep his four-time All-Star who missed nearly a year because of his Jan. 27, 2013, knee injury.

There were deals to be had, from the Clippers unloading Antawn Jamison (Atlanta Hawks) and Byron Mullens (76ers) to save luxury tax money to the Charlotte Bobcats and Milwaukee Bucks swapping perimeter players (Gary Neal and Luke Ridnour went to the Bobcats, while Ramon Sessions and power forward Jeff Adrien went to the Bucks). The Washington Wizards helped their much-improved lot in NBA life by landing veteran point guard Andre Miller from the Denver Nuggets in a three-team deal.

But the move that mattered most was the one orchestrated by Bird, whose dream of bringing a first-ever title to his home state is looking more do-able by the day. A shot was fired, alright, and it was good.