Explaine The Statement "Capacity Of A Body To Do Work"

The word "capacity means "energy". In all the world, everybody needs some energy to performed his duties. If the body or person have no energy or capacity, then a person cannot do his work properly. So, everybody needs energy. So, for energy, a man can eat healthy food, drinks and other useful products. Then the person gain energy to do work. 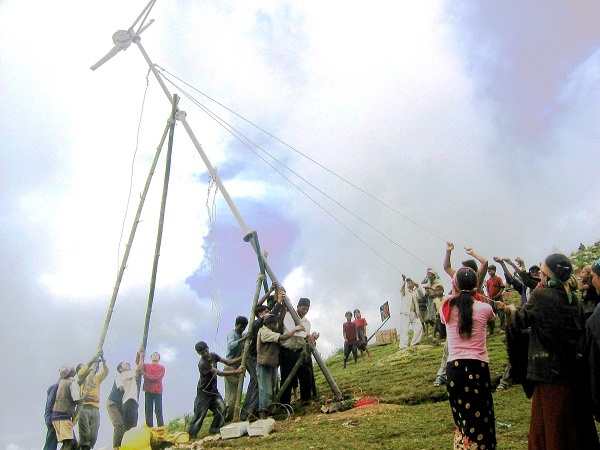 If person have a energy, then he can move from one place to another. So, the best example of energy is that when a student eat his breakfast, then he go his school and if they did not eat something before going to school, then he cannot go in school in time. 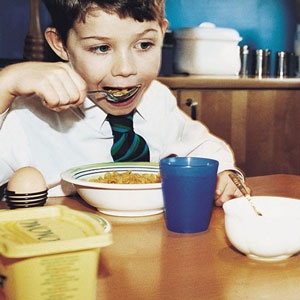 So, energy can also be defined as: "The capacity or ability of a body to do some work". This statement is called energy of that body. The energy can be measured in Joule as like work. It is also represented by "J". So, now we are trying to find the types of energy. Energy has two types. The first is Kinetic Energy and Potential Energy. 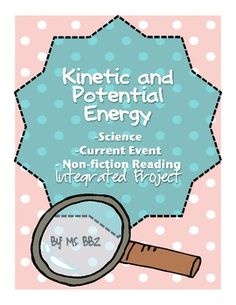 The first type of energy is that energy in which a body have energy as well as in motion. The energy which is obtained in motion is called Kinetic Energy of that body. The kinetic energy is also called moving energy. It is represented by K.E. Actually, Kinetic energy is the product of half of mass and square of velocity of that body, which is observed in experiment. To derive the mathematical form of kinetic energy, the two equation is used. The first is Newton 2nd Law and 2nd and 3rd Equation Of Motion. These two equation help us to find the mathematical form of kinetic energy. 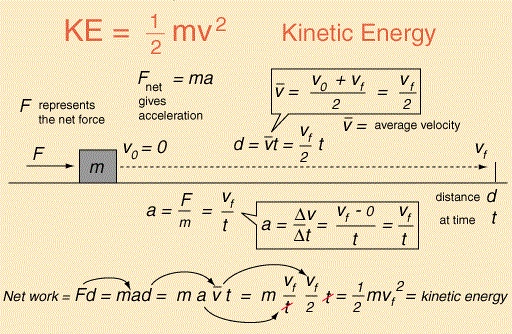 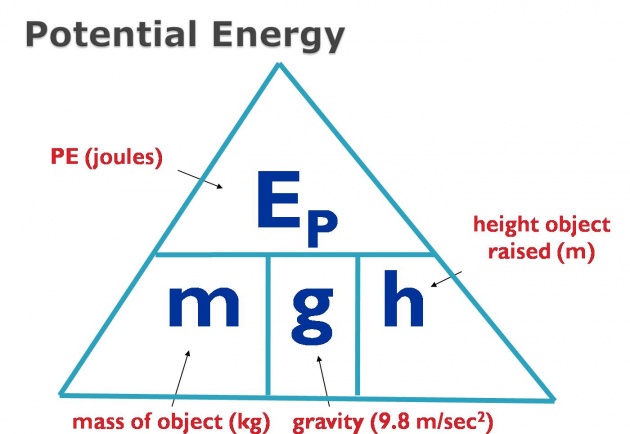