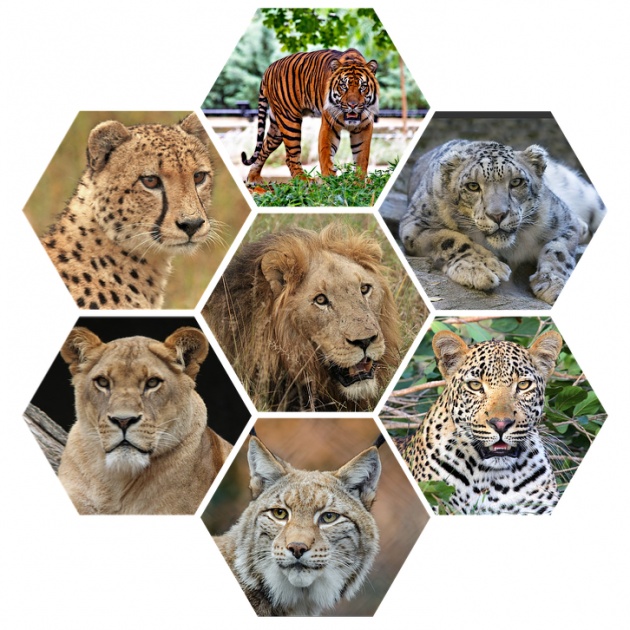 In this blog, I'd like to write about a group of animals, commonly known as the big cats. This group includes several main species and all their subspecies. I find all of them fascinating since a child so I want to write on this topic.

Any of the large members of the cat family, including the lion, tiger, leopard, jaguar, snow leopard, clouded leopard, cheetah, and puma.

As I said, the big cats include several species, and these are the tiger, lion, leopard, jaguar, cheetah, puma, lynx, ocelot, and some other species. That's according to the broader definition, which states that big cat may refer to any large member, meaning all cats except the domestic cat and the wildcat. But I'll be mentioning the most popular of them, and not the ones that are most widely spread. All of them have their similarities in their physical traits, as wells as behavior and habits. The most typical for the big cats is that they are carnivorous - they feed with the meat of other animals, accordingly, they hunt either in groups or alone. Another remarkable feature of these animals is their coloration, which can vary from dots, stripes, spots, etc., and is very well adapted to the surrounding environment. Not all cats have such fancy coloration, but it has its purpose in terms of better hiding opportunities while hunting.

A brief clarification about the big cats is that four of the cat species form the Panthera genus, and these are tiger, lion, leopard and jaguar, also known as roaring cats.

The first known big cats appeared around 11 million years ago. Since that time species developed through evolution to make up the 40 known species of cats known today. Some of them are in danger of extinction as in the past they were captured and killed for their skin or other parts of the body. Besides, humans kept on taking over their natural habitats so the areas the cats are populating now are significantly smaller compared to the ones centuries ago.

Let's start with the different species of big cats:

I'll start with the tiger as it's the biggest known big cat which exists in the world. It has several subspecies and is spread mostly in Asia (India). In the past, this beautiful animal was available in many other areas in the world, but now some of its types have either disappeared or have a limited number. Specific for this cat are its black stripes which form a unique coloration. For the different types of tigers, the coloration can vary in terms of darker or lighter, the location and the size of the stripes, etc. Tigers mostly attack and hunt herbivorous mammals, such as deer, buffalos, but in many cases, they were also hunting other carnivorous, like wolfs or crocodiles, for example. Tigers usually live not more than 15 years. 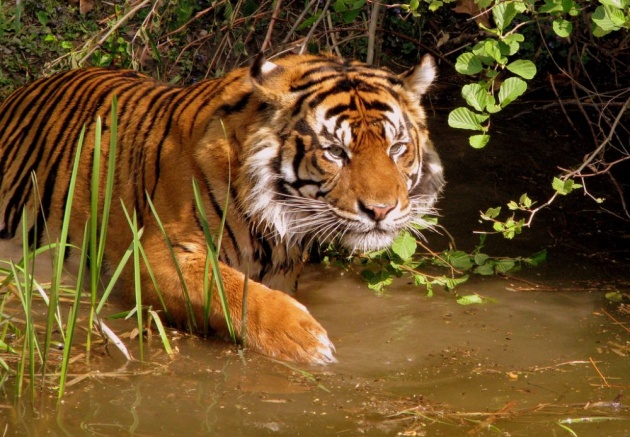 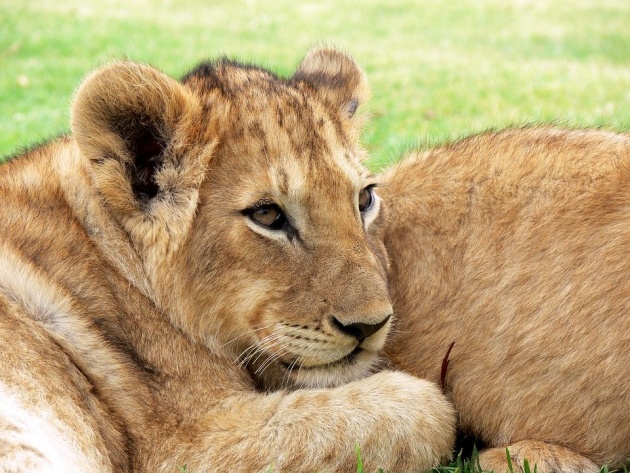 Lions are the second largest cats after the tigers. The grown-up male lions can reach a weight of 250 kg, even though cases of heavier animals are well-documented and known. The most interesting fact about the lions is their dimorphism, i.e. the physical differences between the genders - male and female. The males have a mane, which makes them easily recognizable. It is an impressive part of their body, which is used as a symbol in many cultures, including in my country (the lion is a very symbolic animal). The coloration of the lions is sandy, without any stripes. Lions live in a group, called pride, which consists of a few females, one or two males, as well as the young lions. Besides living together they also hunt together using a strategy to catch their prey. Lions usually live around 15 - 20 years and can develop a speed of 60 km/h. 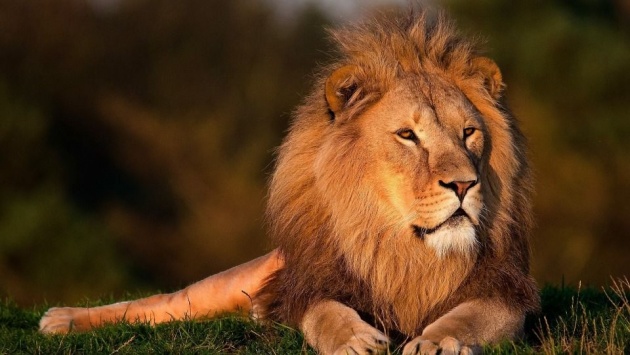 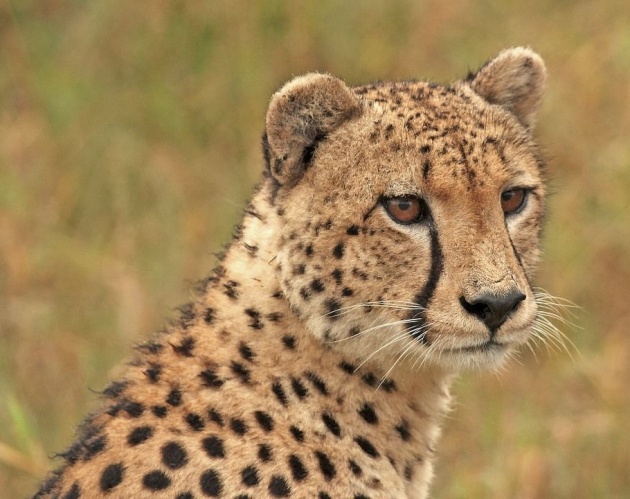 Without any delay, I want to share that cheetah is definitely my best and favorite of all big cats. These animals impress because they are so elegant and beautifully colored. Besides these, the cheetah is also the fastest known animal/mammal in the world, developing a maximum speed of 120 km/h. Its entire body is smaller than the other cats and shaped in a way, allowing this cat to reach such speed. Being fast helps the cheetah while hunting. The total length of the cheetah is around 2 m, including the tail, with a weight of 40 - 60 kg. These animals can be found mainly in Africa. Their coloration is the color of sand, yellow-brownish, or golden, with clearly recognizable black dots covering the entire body. Many people call the cheetah leopards, which is absolutely wrong as these are two separate species, clearly identifiable by the differences in the black dots. Even in one dictionary cheetah was described as a subspecies of leopard, which is very far from the truth. 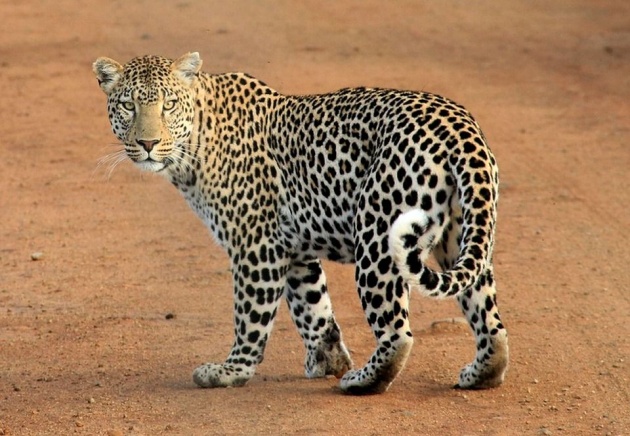 Speaking about the leopard, this is probably the most widely spread cat. It lives in almost entire Africa, and the south parts of Asia. It is known for its habit to climb on the trees. Once on the tree, the leopard can then relax, eat or hunt. The dots in the coloration of the leopard are grouped together to form a particular shape as a difference to the cheetah, where each dot is separate and evenly scattered across the body. Leopards are active during the night and usually, sleep during the day. Their body is well-accustomed and adjusted to climbing with sharp and long nails, short legs and strong body. The length of the animal is around 1.5 - 2 m with an average weight of 50 kg. These characteristics vary according to the subspecies of the leopards in different areas of the world. Another interesting fact about the leopards are certain animals which can be found, and they are entirely black, due to melanism. They are called black panthers. 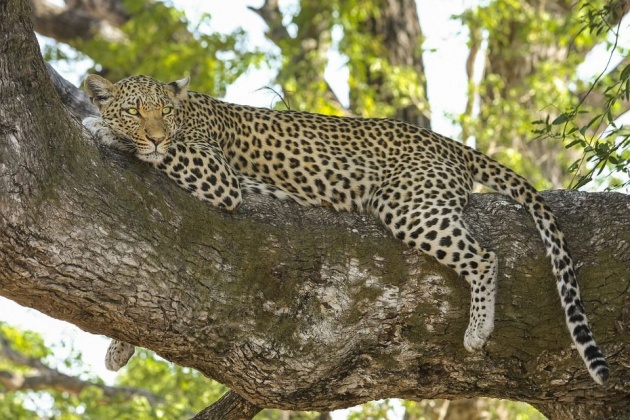 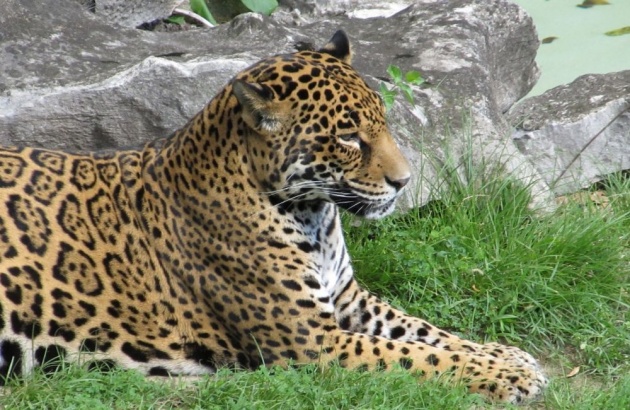 The jaguar is the third biggest and the rarest cat in the world, mainly inhabiting South and parts of North America. At most places where it is available, the animal is protected by law as an endangered species. The coloration of the jaguar is very similar to the one of the leopard, with a few major differences. The spots of the jaguar are forming larger groups, and are at a bigger distance, whereas the spots of the leopard are located closely next to each other. And that's if we don't consider the different areas they live in and the differences in their size. Similarly to the leopard, black jaguars also exist. The length of the biggest jaguars is 2.3 m with a weight of 160 kg. 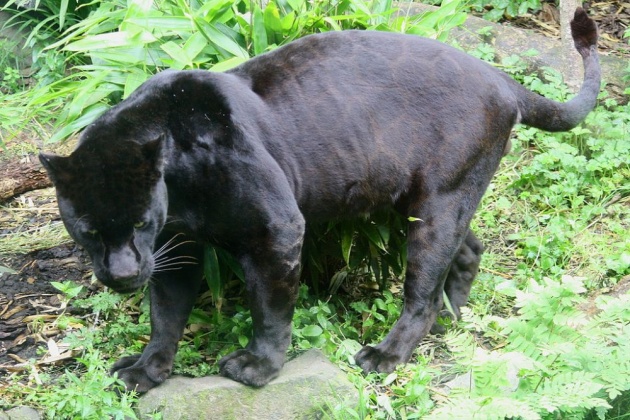 The lynx is the only big cat which is still living in my country in the wild nature, but it's in danger and a protected animal. It is also the largest cat in entire Europe. Of course, compared to the other cats, its size is significantly smaller, reaching up to 35 - 40 kg. The physical look of the lynx closely resembles that of the domestic cat. Similarly to the other cats, this animal also has differently shaped spots on its entire body. The lynx is easily recognizable due to several main characteristics. Its ears are very sharp and particular, ending with black hair. They also have very specific whiskers which shape their head. The lynx is spread in Asia and many parts of Europe. It includes several subspecies according to their habitats. Lynxes mainly prefer the forests in the mountain areas. 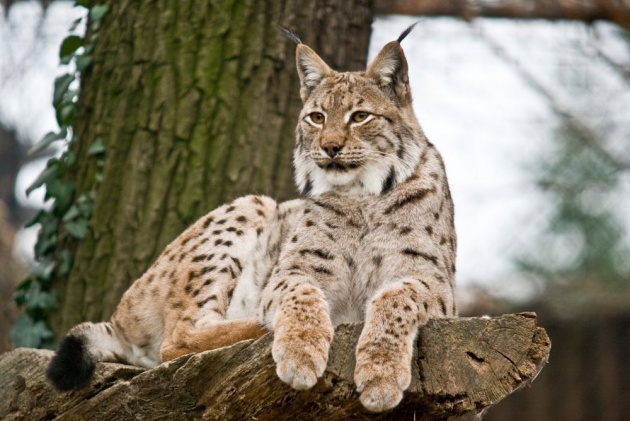 Maybe one of the most distinctive features of the cats is their roar. All big cats from the Panthera genus have a particularly shaped larynx, which allows them to produce a roaring sound. The purpose of their coloration is to make them invisible in the area they inhabit, but it's also very impressive. For me, they are absolutely fascinating animals, not only for their look but also for their way of living.

I hope you enjoyed this blog. See you later!