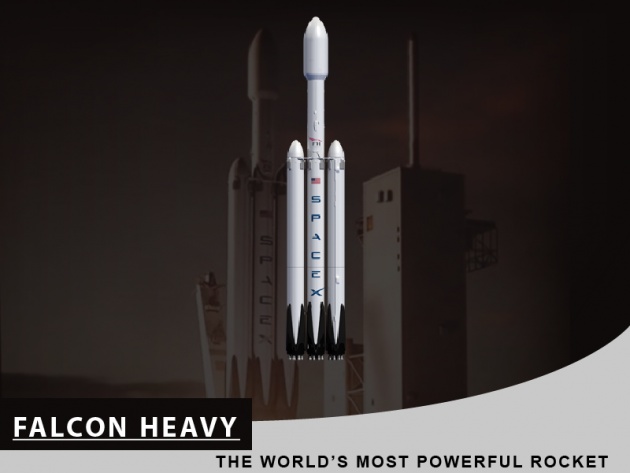 The United States of America is known as the "Superpower" of the World. And being the Superpower of The World, it’s a fact that America takes lead over all the countries in the World in technology, economy, advancements, military, and most importantly in the field of science. The entire World is dependent on America’s road path, as it is believed that the things produced by U.S give the direction to the entire world. So a few days ago, America again comes up in its usual style.

Who don’t knows the mighty “Elon Musk” – the co-founder and C.E.O of the top electric-car manufacturing company Tesla Inc. as well as the founder, C.E.O and the lead designer of SpaceX. It is often observed that whenever he appeared in the news headlines, he always comes up with some sensational and revolutionary ideas. Ideas that may shape the world as a better place to live or the ideas that may lead to some amazing innovations. This is what we had witnessed from him in the past and that reflects from his background too. As of now, he has a net worth of $20.1 billion and is listed by Forbes as the 53rd richest person in the world.

Despite being the C.E.O and founder of Tesla Inc. and SpaceX, he has a long list of his successful business ventures which is also a proof of its excellent leadership qualities. Recently, Elon Musk again appeared in the international news headlines, and like before he never fails to disappoint us with his latest innovation. This time the news was something that pushed the world forward to another step, the innovation that Americans can really be proud of and that took the whole world under its fever. Eventually, on 6th February 2018, the SpaceX (company of Elon Musk) conducted a Falcon Heavy’s rocket maiden launch test. 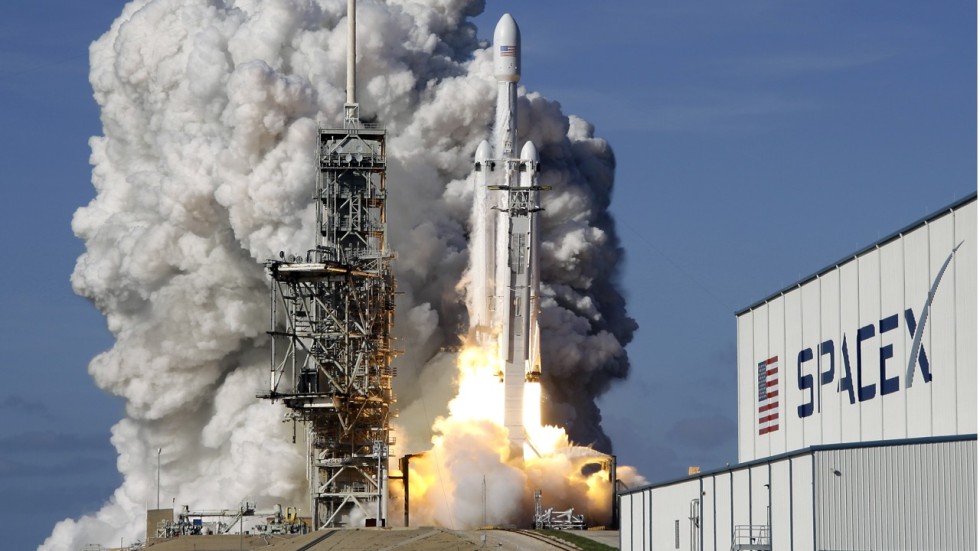 The Falcon Heavy Rocket was successfully test-fired for the first time on January 24 of this year. The launcher was 230-feet tall with belched fire and fumes while tied down to Launchpad 39A in Florida. And for the knowledge, this the same Launchpad used by the Apollo astronauts to fly to the moon. After completing the first static fire test of Falcon Heavy, the company has gone one step closer to its first test flight. However, the date was announced later and the SpaceX launched its first huge new Falcon Heavy Rocket for the first time on February 6. The test was held on the Apollo Launchpad 39A at Cape Kennedy to make easy for the public to view.

The Falcon Heavy launches from the Launch Complex 39A from NASA's Keneddy Space Center in Florida.

However, the owner of the company SpaceX, Elon Musk seemed uncertain about the launch, as he said often that Falcon Heavy could fail as if it might get explode. Talking to the Phil Plait, an astronomer, and writer, Musk said: “Just bear in mind that there is a great chance this rocket blows up. So I wouldn’t put anything of irreplaceable sentimental value on it.”

Till date, Falcon Heavy is the most powerful rocket of the world followed by N.A.S.A’s mighty Saturn V! To top the payload during the launch, Falcon Heavy was carrying Elon Musk’s Tesla Roadster into orbit as it marks for the first time that a vehicle by this massive has ever been sent up into space by a commercial company.

A picture of Falcon Heavy's interior carrying Tesla Roadster as a payload in it.

A picture of Falcon Heavy that shows the rocket soaring in the sky at Kennedy Space Center.

The idea behind the launching of Falcon Heavy was to basically carry humans into space and to make flying missions possible with the crew to the Moon or Mars. Its architectural design is based on the SpaceX’s go-to rocket called Falcon 9. The Falcon 9 is previously designed rocket by SpaceX which compromises of nine cone-shaped engines attached to a reusable booster. The booster pushes the top of a rocket which also includes the payload at about 40 miles upward, then detaches, lands back to the surface and gets through the process of refurbishing. As it is known a clever method that saves company millions per second.

Re-considering this idea for Falcon Heavy, the company’s founder Elon Musk released his plans in April 2011, he thought that it would be relatively easy to build a Falcon Heavy by combining three such boosters (also called cores) instead of a single one (Falcon 9). At the time he predicted that the launch of Falcon Heavy might take place in 2013, or perhaps even some late. But the hopeful dates came and went. Responding to the queries about the launch date he said:

“It sounded very easy… but it was shockingly difficult to go from a single-core to a triple-core vehicle. We were naive about that!” – Elon Musk during a conference in 2017

The first stage consists of the three cores that used to make up Falcon Heavy. The adjacent sides are connected cores or boosters at the base as well as the top of center core’s liquid oxygen tank. The three cores, with a total of 27 Merlin engines, boosts 22,819 kilonewtons (5.13 million pounds) of thrust at liftoff. Shortly after the liftoff, the mechanism of Falcon 9 re-happens and engines are throttled down. As the side cores separate, the center core engine throttle back up to full thrust. 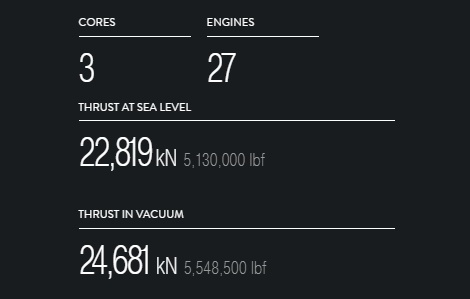 In the second stage, the Falcon Heavy minimizes stage separation events and maximizes reliability. The Merlin engine pushes the rocket’s payload into orbit after the main engines cut off and the first-stage cores separate. This engine is capable to be restarted multiple times to place payloads into a variety of orbits including low Earth, geosynchronous transfer orbit (GTO) and geosynchronous orbit (GSO).

Falcon Heavy can lift into orbit nearly 64 metric tons which is greater than a 737 jetliner loaded with passengers, crew, luggage, and fuel. The missions of Falcon Heavy will be able to deliver large payloads into orbits inside the composite space. For an instance, the rocket can also carry the Dragon spacecraft in it. Even only the Saturn V, which was last flown in 1973, got the ability to delivered more payload to orbit.

The Falcon Heavy is an absurdly low-cost heavy-lift rocket. As it is been known from the fact that Falcon Heavy can lift more than twice the payload of the next closest operational vehicle, the Delta IV Heavy, at only one-third cost.

The total cost of Falcon Heavy with re-usable boosters alongside is $90 million. However, this price may vary for a fully expendable of a rocket which is estimated around $150 million (not certified by SpaceX). While the next closest operational vehicle Delta IV heavy costs about $350 million per flight. You can know more about its function on the official website of SpaceX.

That’s all for this blog, I hope you can get the idea of how traveling into space will become possible for us very soon and how the world is going beyond our expectations.

[Read my recent blog: How to improve your business communication skills?]