Arsenal fans have warned the club not to increase ticket prices for next season if boss Arsene Wenger doesn’t spend in January.

The Gunners have already been criticised for a three per cent rise for the current campaign, a move believed to have raked in another £3million in revenues.

Concerned about another hike in prices, the Arsenal Supporters Trust have written to the club chairman, Sir Chips Keswick, to make their position clear.

Supporters insist the club would have no basis for a price rise as Wenger did not use up all of the cash at his disposal in the summer, despite buying five players - including Alexis Sanchez, Calum Chambers and Danny Welbeck - for around £80m.

Tim Payton of the AST said: “Fans have had enough of sky high ticket prices while clubs rake in ever growing revenues from TV and sponsorship deals.

“We are calling on Arsenal to recognise the loyalty of their fans who still turn up in great numbers by freezing ticket prices next season.

“Arsenal fans were appalled when last year the £3m raised from increasing ticket prices was used to make payments to US based owner Stan Kroenke.

“Fans have never felt so alienated from the clubs they support. We hope Arsenal will listen and start to repair some of that damage as without fans there is no Arsenal Football Club”.

Supporters have also urged the club to change their season-ticket arangements to enable fans to opt out of some games, and to look at ensuring the Emirates is full for every match.

But it is the potential for a price rise that appears to worry them most.

The letter read: “This is earlier than we would normally write but last year the club announced its price increase almost six months earlier than usual and we therefore thought it important to let you have our views now.

“This response also follows the publication of the club’s report and accounts, which set out the strong financial position the club is in.

“Supporters are further frustrated when reviewing last year’s ticket price increase as it has subsequently been shown (as we correctly predicted) not to be required by the manager for team strengthening.

“It is hard to believe the relatively small extra revenue that would be secured from a further increase will even be spent, let alone make the difference between success and failure on the pitch.

“We would be interested to know whether the board consults with Arsene Wenger as to whether he supports additional funds being raised from match-going fans, as he doesn’t appear to require them for transfer activity.” 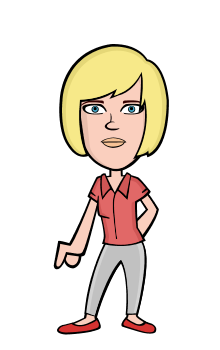 Welcome to the official Bitlanders page of Arsenal Football Club.

http://mirani101.ilgamos.com/ You are free to send this link to friends, share it on social network …

Music Is just like a happy component in our life.When we are stressed, music can help us heal our un…