This past summer, I had the wonderful opportunity to attend the La Jolla Fashion Film Festival. Prior to the festival, I had a meeting with an up-and-coming designer. She had no previous experience with the fashion industry other than shopping online and reading a few niche fashion blogs. She was curious as to what kind of festival I was attending - and what a fashion film was. I graciously pulled out my laptop and began showing her some of my favorite fashion films.

"These are films?" she asked. "I thought these were just weird ads! Is this what you do with your free time? Watch these videos all day?"

I didn't know how to reply. To be honest, I was a bit offended that she would suggest that I waste my time watching "commercials." How could I even begin to explain to her that a fashion film was not an ad - but a piece of art? And then I realized, could I even tell the difference? Some of what I had shown her was product/brand based. Of course they were selling something - so the obvious assumption would be that these films were advertisements, right?

For example, Dior's "Secret Garden - Versailles" is a wonderful video that stirs the senses. Famed photographers Inez van Lamsweerde and Vinoodh Matadin artfully capture models running throughout the Château de Versailles. Gorgeous shots of landscapes and architecture, Depeche Mode's "Enjoy the Silence" providing the soundtrack, and a single tear trickling down  model Daria Strokous's cheek, all set a dark and longing tone for the film. But what does it all mean? And is the meaning lost with each intentional wardrobe change?

More perplexed than ever, I decided to ask a few of the guests at LJFFF about their thoughts on fashion films as advertisements. Many of them were quick to denounce the idea of fashion films being all commercial and established that there is a difference between editorial and brand based films.

"I think it just depends on how the director portrays the products," says Charlie Wan, whose film "Bloom" won "Best Makeup" at LJFFF 2012. "If it is based on one brand, then yes that can obviously turn it into a commercial where you can slap a logo at the end. But there are a lot of fashion films that focus more on the editorial side, where you mix different kinds of brands and it's about the story being told. It depends on how you play with the fashion - it can be a commercial or it can be completely about the artistic expression."

But couldn't a fashion film both sell a product yet have a sense of artistic expression?

"It's a forever going question," says Marius Troy, whose website, The Ben Trovato Blog, features several fashion films. "Fashion photography started in order to sell clothes, but then the editorial came, where it was about telling stories and dressing people up in a nice way and incorporating fashion into stories. In commercials, it's a lot about selling. But you know, you see a lot of the big brands now, starting to understand that they need to tell a story in order to engage people. So the lines are being blurred of course. You don't always have those target commercials where they want you to buy one certain product anymore. They want you to buy the brand, they want you to like the brand […] but there is a difference between editorial fashion film and commercial fashion film, and that's important to establish."

Whatever fashion films are and whatever the intent, the general consensus seems to be that above all else, fashion film should be able to connect with the audience. And whether or not a film is backed by major dollars and labels, fashion film should always have some sort of underlying story or concept incorporating fashion - and anything less would be lackluster and incomplete. -EDdF @EYEMUSING 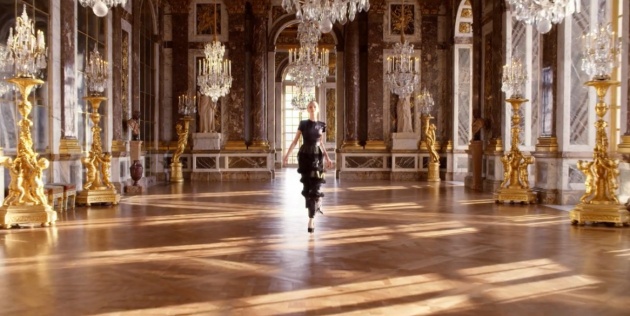