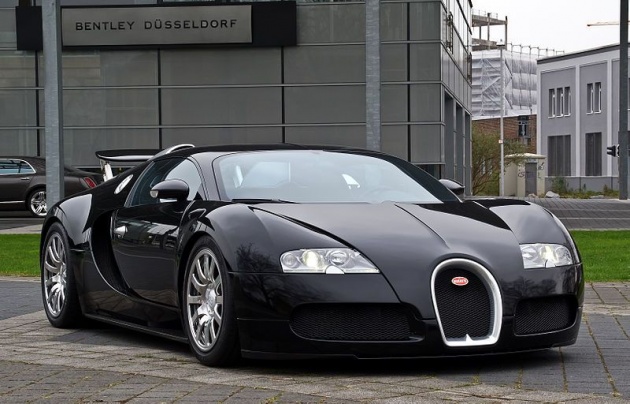 The Bugatti Veyron EB 16.4 is a mid-engined sports car, designed and developed in Germany by the Volkswagen Group and manufactured in Molsheim, France, by Bugatti Automobiles S.A.S.

The Veyron's chief designer was Hartmut Warkuss, and the exterior was designed by Jozef Kabaň of Volkswagen, with much of the engineering work being conducted under the guidance of engineering chief Wolfgang Schreiber. 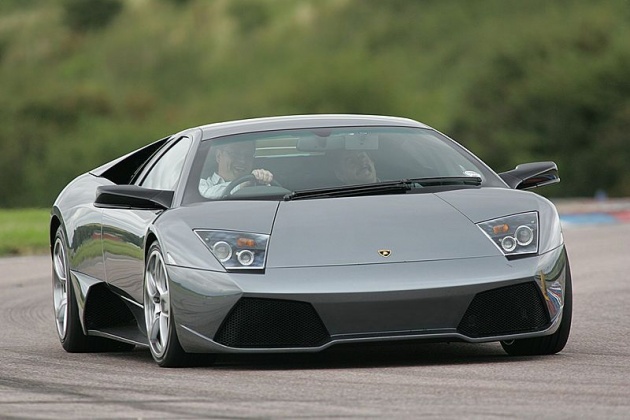 The Lamborghini Murcielago is a sports car produced by Italian automaker Lamborghini between 2001 and 2010. Successor to the Diablo and flagship of the automaker's lineup, the Murciélago was introduced as a coupé in 2001. The Murcielago was first available in North America for the 2002 model year. The automaker's first new design in eleven years, the car was also the brand's first new model under the ownership of German parent company Audi, which is owned by Volkswagen. It is styled by Peruvian-born Belgian Luc Donckerwolke, Lamborghini's head of design from 1998 to 2005.

A roadster version was introduced in 2004, followed by the updated LP 640 coupé and roadster and limited edition LP 650–4 Roadster. The final variation to wear the Murciélago nameplate was the LP 670–4 SuperVeloce, powered by the largest and final evolution of the Lamborghini V12 engine. Production of the Murciélago ended on November 5, 2010, with a total run of 4,099 cars. Its successor, the Aventador, was released at the 2011 Geneva Motor Show. 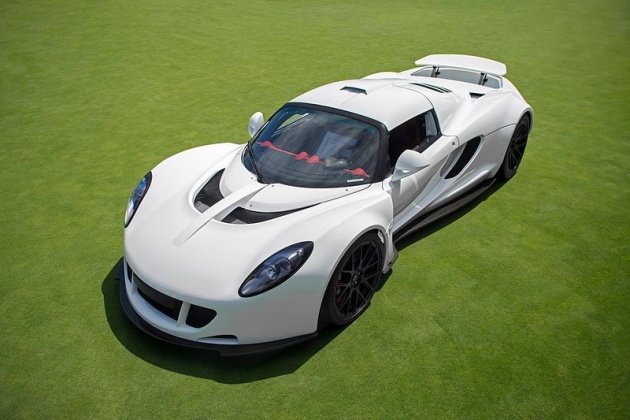 The Hennessey Venom GT is a supercar based on the Lotus Exige manufactured by Texas-based Hennessey Performance Engineering and assembled in England.

On January 21, 2013, the Venom GT set a Guinness World Record for the fastest production car from 0–300 kilometres per hour (0–186 mph) with an average acceleration time of 13.63 seconds. In addition, the car set an unofficial record for 0–200 mph (0–322 km/h) acceleration at 14.51 seconds, beating the Koenigsegg Agera R's time of 17.68 seconds, making it the unofficial fastest accelerating production car in the world.

On April 3, 2013, the Hennessy Venom GT crested 265.7 mph (427.6 km/h) over the course of 2 miles (3.2 km) during testing at United States Naval Air Station Lemoore in Lemoore, California. Hennessey used two VBOX 3i data logging systems to document the run and had VBOX officials on hand to certify the numbers.

On February 14, 2014, on the Kennedy Space Center’s 3.22-mile (5.18 km) shuttle landing strip in Florida, the Hennessey team recorded a top speed of 270.49 mph (435.31 km/h) with Director of Miller Motorsport Park, Brian Smith, driving. As the run was in a single direction, and only 16 cars have been sold to date (to qualify Hennessey must build 30), it does not qualify as the world's fastest production car in the Guinness Book of Records. 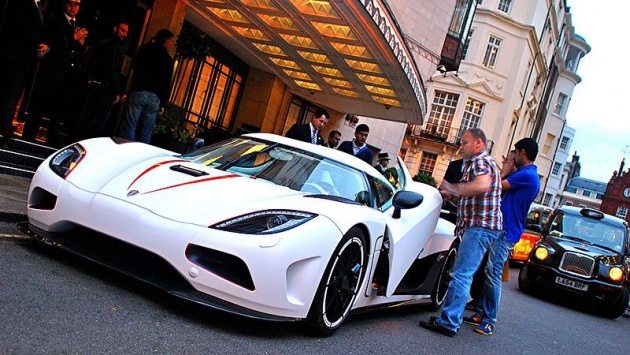 The Koenigsegg Agera is a mid-engined sports car made by Swedish car manufacturer Koenigsegg as of 2011. It is a successor to the Koenigsegg CCX/CCXR. The name Agera comes from the Swedish verb 'agera' which means "to act” or "to take action".

It was named Hypercar of the Year in 2010 by Top Gear Magazine.

In early development the car was fitted with a 4.7-litre V8 engine with twin fixed-vane turbos, but it was replaced with a 5.0-litre twin-turbocharged V8 engine for the production version of the car.

The Agera is powered by an in-house developed 5.0-litre twin-turbocharged V8 engine which produces 940 hp (701 kW) at 6900 rpm and 1,100 N·m (810 lb·ft) of torque at 4000 rpm. Total weight of the engine is only 197 kg (434 lb) thanks to a carbon fiber intake manifold and the aluminium construction. The transmission is a 7-speed dual clutch with paddle shifters. It is the first dual clutch transmission to feature only one input shaft. The second clutch slows down the input shaft during up shifts in order to reduce the time it takes to synchronize the next gear, resulting in faster shift times. Most notably, the transmission weighs only 81 kg (179 lb).