Fast food could slow down your kid's brain 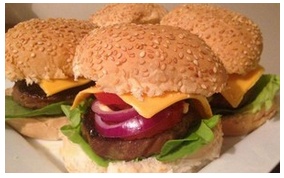 The researchers found that children who eat the most fast food score less in tests for maths, science and reading.

"Research has been focused on how children's food consumption contributes to the child obesity epidemic," lead researcher Kelly Purtell from the Ohio State University in the US was quoted as saying.

"Our findings provide evidence that eating fast food is linked to another problem: poorer academic outcomes," Purtell added.
Lack of iron in fast food leads to a slowing in development of certain processes in the brain, the researchers suggested.

For the study, the researchers used data from a sample of 8,500 school children from the US, whose fast food consumption was measured at the age of ten.

This was then compared against academic test results three years later.

Children were asked how many times they had eaten a meal or snack from a fast-food restaurant, including outlets such as McDonald's, Pizza Hut, Burger King, and KFC.

Which Fast Food Restaurant Is The Best ?

Hello BitLanders! Photo Credits:https://www.wikihow.com In this era of technology and modernism, ea…