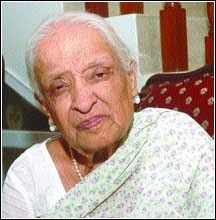 Sad news. I so wish I'd been able to share a cup of tea and learn a little from this lovely, wise woman. She had so much to teach...and though she had no 'formal' education, she was extensively well versed in Arabic, Persian, Urdu, English literature, writing literary pieces vividly depicting the rich cultures of the region. Duas for her and her family.‪#‎WomenWhoInspire‬

Fatima Surayya Bajia, Pride of Performance, is a renowned Urdu novelist, playwright and drama writer of Pakistan. She has been awarded various awards at home and abroad including Japan's highest civil award in recognition of her works. She also remained Advisor to the Chief Minister of Sindh province of Pakistan.

She was born in Hyderabad, India, she has never attended a formal school, all her education took place at home, but instead she is ranked an eminent intellectual, reader and writer.

She is a well-known personality in Pakistan with relation to the radio, television and stage and an ardent feminist. She wrote her first long play Mehman. 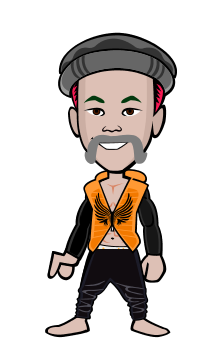 What Is Virtual Money Specially Bitcoin?? What Is It? Why is it so famous now a days??

First of all about virtual money. It is now a days a lot of trending thing in the market most of the…

Many Many Happy Returns of the Day Shane Zahra Happy Birthday to a person thats charming, talented …

Hear that? It's the sound of a million hearts breaking. One Direction's Zayn Malik is engaged to Lit…

Dogecoin one of Virtual Money