Women from Afghanistan don’t always get the chance to become filmmakers. However, Saba Sahar is achieving her dream of acting and producing films. Before she entered the world of professional filmmaking, Sahar spent 18 years working as a police officer. Her feature films focus on various aspects of law enforcement, as does her new TV show. 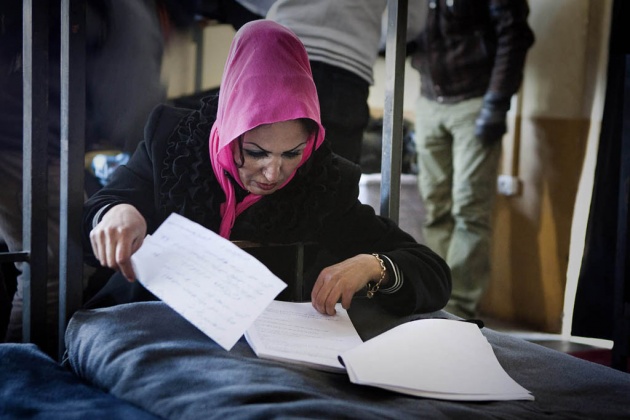 According to her website, “She was born in Kabul and spent her childhood in Afghanistan. During the time of the Taliban she lived abroad in Pakistan. The Berlin Film Festival BERLINALE 2011 produced by Sebastian Heidinger, screened the film “Dream factory Kabul” , a portrait Saba Sahar. Mrs. Sahar risk her live to bring provocative issues like gender and corruption to the big screen. When she’s not acting and making movies, she works as real female police officers in Kabul.” She’s an actress, director, producer and a police officer?! That’s an incredibly tall order for anybody. Sahar’s hard work and dedication are evident.

Although women from Afghanistan haven’t traditionally worked in filmmaking, Sahar is ready to  buck that tradition. She’s a strong female empowerment icon that could help other women realize their dreams of becoming filmmakers. Of course, without an education in filmmaking, this could be challenging. This is why programs like the Afghan Development Project remain so important in Afghanistan.

Giving women in Afghanistan education leads to many diverse, unique projects through film and other creative outlets. Online film distribution makes it easier than ever for a woman in any country around the globe to become a filmmaker. Women in Afghanistan can hone their filmmaking skills through one of the Afghan Development Project’s connected classrooms, and even receive money for additional schooling by using the Examer platform, created by Citadel of New York.

Saba Sahar may be an amazing Afghani woman filmmaker, but she is by no means the last. In the years to come, I hope to see many more women filmmakers coming out of Central Asia, including Afghanistan. There are so many stories to tell and listen to, and so many diverse opportunities available. Thanks to amazing people like Saba Sahar and amazing programs like the Afghan Development Project, we’re one step closer to this fantastic future.