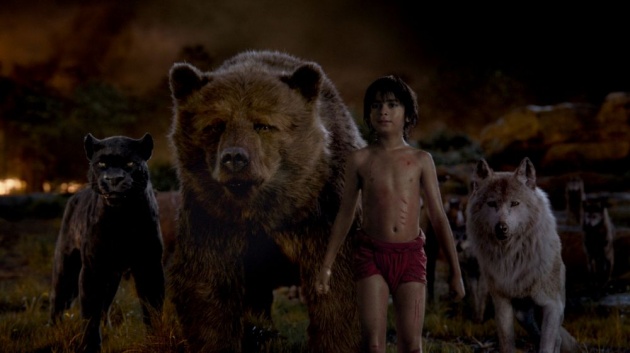 A Feral child is also called wild child. This child is a human child but raised by wild animals. Feral children at very young age have lived and raised without parental care and love. They have no experience of human language and behavior.

Now question raised how a child become a feral child???? The answer is: In some cases children are confined or abandoned by their own parents. Due to the rejection of parents and society, child usually faced severe intellectual and physical impairment so they take themselves away from any type of human communication or interaction. These types of children have experienced severe trauma or abuse before being confined, running away or abandoned.

Most of the people having thought, that a feral child is a subject of legends and folklore. Some of them also having a typical thought that feral child are being raised by wild animals like wolves, apes, bears and dogs.

If we take look on history then we come to know the stories of feral children are very old. One of the old and popular story of twin feral brothers named Romulus and Remus. Romulus and Remus were twin new born baby boys and according to legends city of Rome was founded by them. They both were born from Rhea Silvia. She was a princess and daughter of King Numitor of Alba Longa. King Numitor disposed by his younger brother named Amulius. Amulius killed all his male hires, and ordered that twin infant brothers drown in the river but a series of miracles helped them survive. The twin would die, if there was no kindness of woodpecker and she wolf. Both brothers were fed by a woodpecker and suckled by she wolf. And after that, a shepherd and his wife brought up Romulus and Remus.

Many people in modern times thought the story of Romulus and Romus is only myth but history abounds with stories of such kids that they spent their early years alone or in confinement in the forest.

In 1894,“Rudyard Kipling” wrote a popular novel “The Jungle Book”. The story of novel was about the feral child named "Mowgli". Mowgli was an Indian boy who raised by wolves. In 1900, writer “Edger Rice Burroughs” wrote a novel “Tarzan of the Apes”, which was the story of a boy who raised by African apes. No doubt, both characters got popularity not only in books but also in films these stories are of course fictional. But the real story about a feral child recounted in a book named “Mysteries of the Unexplained" which was published by Reader’s Digest. This book explained a story of feral child and showed feral children date back many centuries.

There are so many stories about feral children but here I am going to tell you about some real and popular cases of feral children, who raised by animals in the wild forest. So guys,are you ready for some of amazing stories?? I know surely yessss …. ;)

A boy named Peter also known as the wild boy. He was captured in the woods near Hamelin (Hamelin is a town of Germany) in 1725. On that time when peter was captured, his age was twelve years old and he was naked. Peter ate only vegetables. He could not speak and sucked the juice of green stems. When the story of Peter the wild boy spread, British King “George I” brought him to his palace. When wild boy brought in palace he disliked clothing, ran on all fours. He became entertainer for all royal guests. Peter never learned manners. He liked picking the pockets of guests and trying to kiss ladies. He liked to sleep on floor.

Another famous story of feral child is about a boy named John. In 1644, during religious war, John escaped to the woods at the age of five. John’s whole family members and other people of this village returned to their home when danger of war had over at that time John did not come back because he was too terrified. He forgot his address and started to live in the forest. Here John spent sixteen years of his life and survived on wild barriers and roots. John was captured by a shopkeeper, when he was trying to steal food from his shop. When john was returned to his home at that time he was twenty one years old. He was first time captured naked and overgrown hair on that place. He had forgotten the use of all language. His sense of smell had become so strong like dog. He could smell of food from great distance. 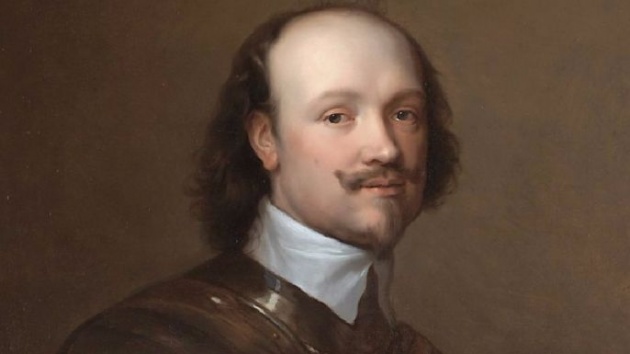 In 1920, in India two girls named Amala twelve and Kamala eight years old were captured by a reverend named Joseph Singh in a wolves’ den. These girls also known "The Wolf Girls" & it is one of the famous case of feral children. The girls were raised by wolves. When first time, Singh captured the girls they ran on all fours, didn’t look. Singh claimed they preferred to eat raw meat and howl like a wolf. Their sense of smell, hearing and sight was exceptional. Singh tried his best to learn them manners and taught to speak in this case he got limited success. Soon Amala was died while Kamala learned few words to speak and walk upright. But in 1929 at age of seventeen, Kamala died due to the failure of her kidney.

In 1954, Marina at the age of five was kidnapped from a village of South American. Kidnappers left her in the forest. Here Marina adopted by a group of capuchin monkeys. She ate roots, bananas, barriers, ran on all fours and slept in holes of trees. She learned from monkeys climbing on trees and how to caught rabbits and birds with her bare hands. When Marina was discovered by hunters, she completely forgot her language. They sold Marina to prostitutes, but she ran away from them and started living on the street. Next Marina became a salve through the mafia family but soon she was safe by a female neighbor. She sent Marina to her relatives, they adopted her. When Marina became teenager she got job and some luck she moved to Bradford as a nanny. Here Marina met her future husband and had children. 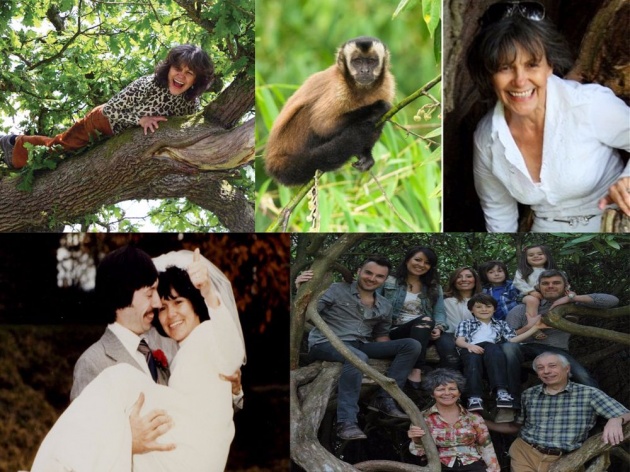 Marie Angelique Memmie Le Blanc also known as the wild girl of champagne. The story of Marie Angelique Memmie Le Blanc was a famous feral child of 18th century in France. She ate raw food including frogs, fish, birds and also roots, leaves and branches. Memmie armed with a wooden club. She fought with wild and dangerous animals. She wore animal skin. Mammie was found at 19 years old with claws, black skinned and hairy. She could not spoke human language but spoke only in animalistic whoops and squeaks. She could swing tree to tree like a monkey. But soon Memmie learned to write, read and speak French, and learned manners as well. She was sent under the guardian of nannies. In 1747, here she became nanny and at the age of 63 she died.

Victor was also called “The Wild Boy of Averyron”. Victor spent his childhood in the woods near Aveyron, France. When first time Victor was found by a woman, he kept in the care of the woman for only one week and escaped from there.

In 1800, when Victor was once again captured by some citizens of Aveyron at that time his age was twelve years old. Victor was mute, naked and abundance of scars on his body and face indicated that he had spent his wild life since a very young age. He removed clothing, refused to be washed or touched. Also exploded in violent outbursts and ignored human contact. Cracking of walnut was one of Victor’s favorite foods. When Victor ignored human voice, then he was send to the National Institute of the Deaf and gave his case to a young medical student named Jean Marc Gaspard Itard. He believed that it was possible to teach Victor language. Itard worked hard for several years and he succeed in Victor’s case like he started wearing clothes, bathing and could understand basic questions and commands. In 1970, the wild boy of Averyron died in Paris. 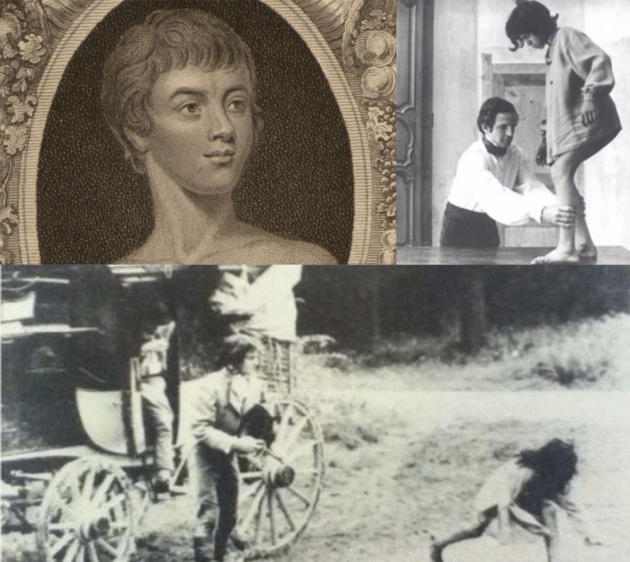 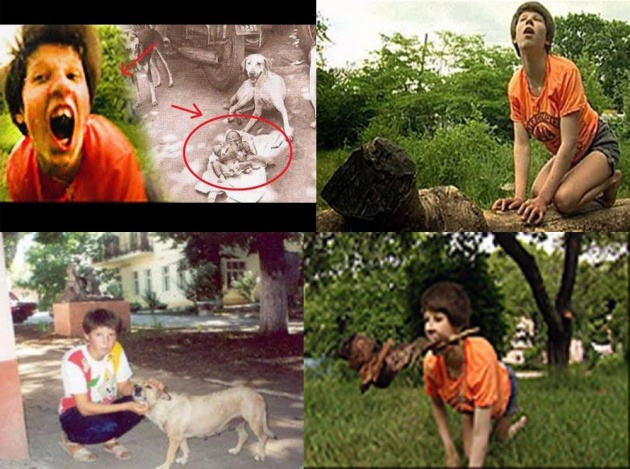 John Ssebunya is also known as Monkey boy. In 1988, at the age of three years old John ran away from home. The reason was that John’s father murders his mother in front of his eyes. He left the home and lived in the forest with monkey. In 1991, when he was found at that time John was six years old and placed in an orphanage. He ate nuts, roots and potatoes. John’s entire body was covered in hair. His skin of knees became hard due to walking like a monkey. But soon he learned to read, write and speak human language and manners. 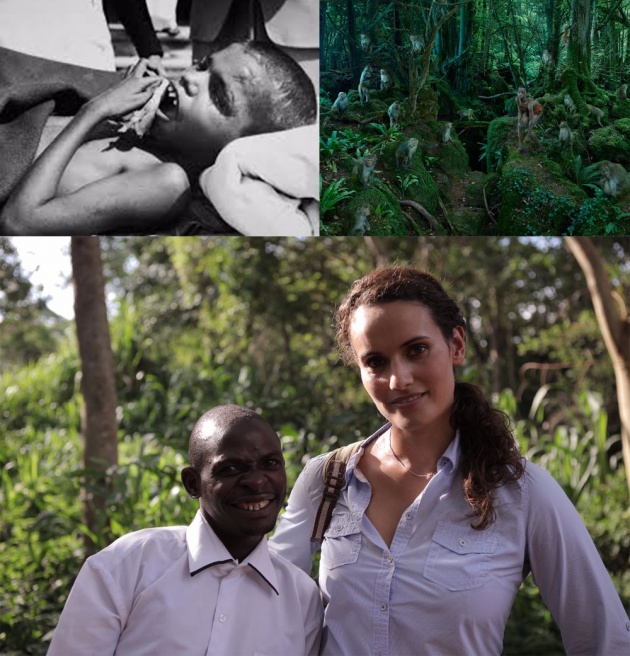 At the End of Blog my few words…

There are so many stories about feral children who raised by animals. But what was the actual truth behind all cases, it’s really hard to know. Here, in my blog I just tried to tell you some of the most famous cases of feral children in which facts have been actually verified. But after writing this blog I come on this note that all these children faced these critical moments of their life at very younger age. This is the actual time when human learned language and interactions other vice such children becomes much harder to develop manners and other skills. Some of the cases of feral children, locking them in a mental hospital, but locking them in a mental hospital is not a solution, we should have to look alternative ways of developing their whole personality.

Thanks for sparing time in reading My 33rd attempt for my virtual home "BitLanders".... Stay Connected for more articles.....  ツ