AC Milan confirmed that Fernando Torres will soon be theirs after the player is scheduled to immediately conduct medical tests at the Milanello. But the status of the Torres transfer to Milan is just a loan that will be valid for the next two seasons.

Both stronghold Milan and Chelsea both have confirmed the certainty of Torres will be a red-black uniforms belonging to Milan. This decision is considered mutually beneficial for all three parties ahead of the closing of the transfer window in August 2014.

"Chelsea Football Club and AC Milan have agreed on loan Fernando Torres for two years to the Italian club," Chelsea said in a statement on its website.

Said to be beneficial for all three parties because of the situation experienced by each of Torres, Milan, and Chelsea. Torres this season increasingly difficult to compete on the front lines because of the arrival of Chelsea and Didier Drogba Diego Costa. In the first two games of Chelsea, Jose Mourinho prefers Costa and then replaced by Drogba.

Torres was also advantageous departure for Chelsea. They can reduce the load on his salary and make Mou focus more on Diego Costa, Drogba, or Andre Schurrle which can also be installed on the front lines.

As for Milan, the arrival of El Nino is very meaningful because it serves as a substitute Mario Balotelli. As is known, has officially become the property Balotelli Liverpool a few days ago. 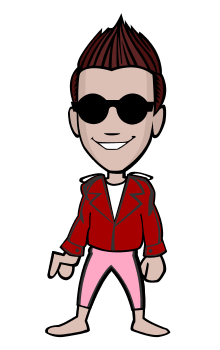 Hello all i started today with playing games and i started with Fifa 15. I started playing online se…

Barça have always won after a 1-2 first leg win