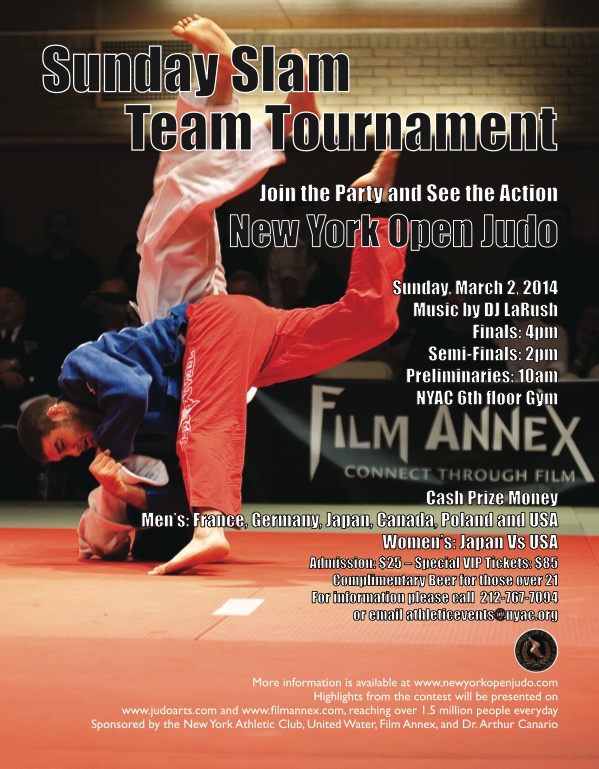 NEW YORK, NY – The New York Open Team Judo Championship will be a showdown between France, Germany, Japan, Canada, Poland and USA on Sunday, March 2, 2014 at the New York Athletic Club.  The teams in the Judo tournament include some of the strongest players in the world, featuring World Champions and Olympians. 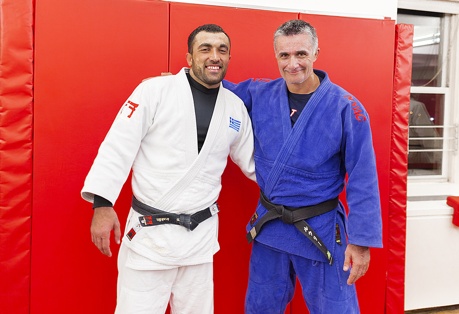 Highlights from the 2013 NY Open Judo:

Francesco Rulli created Film Annex in 2006 as a leading online short film distribution platform. Film Annex educates and entertains audiences by distributing meaningful, diverse, and high-quality films and content to a global audience averaging 1.5 million viewers per day. Film Annex pioneered the internet with an advertising revenue share model for independent filmmakers, bloggers, and its 300,000+ registered community builders. Content creators receive Bitcoin (BTC) payments for their work, and Bitcoin is currently being used on hundreds of e-commerce websites and trading platforms. Film Annex now has users in 245 countries and territories, and those users can spend their Bitcoin payments online or convert BTC into local currency. Film Annex is a proud supporter of the New York Judo Open and Olympic athletics in Judo, Fencing, and Wrestling. For more information please visit www.FilmAnnex.com, our 501 3(C) Foundation supporting women's empowerment, www.WomensAnnexFoundation.org, and the corporate site, www.FilmAnnexCapitalPartners.com.

Founded in 1868, the New York Athletic Club can boast of a unique history. The Club's founding premise was to bring structure to a sporting environment that was lacking in organization and uniformity of measurement. Quickly, the NYAC organized the first US championships in boxing, wrestling and outdoor track and field. Today, our New York City Club House stands in tribute to an unmatched athletic history and our on-going commitment to the pursuit of sporting excellence.  The NYAC was voted the #1 Athletic Club in the United States, the #1 Private Club in New York State and Distinguished Emerald Club of the World, 2013. For more information about the New York Athletic Club, visit www.nyac.org.