Film Annex the “#SocialMediaThatPays” will now pay in Bitcoin beginning on February 1, 2014

New York, NY, January 14, 2014 - As of February 1, 2014, Film Annex will be paying its community of Content Partners (Filmmakers and Bloggers) in Bitcoin (BTC). Film Annex registered users had the option to request Bitcoin payments since December 2013, and now Bitcoin will be Film Annex’s official currency. Film Annex is known as the “#SocialMediaThatPays” due to its unique “BuzzScore” payment system, where Film Annex Content Partners get paid for their content contributions.

With a community of 300,000+ registered users from 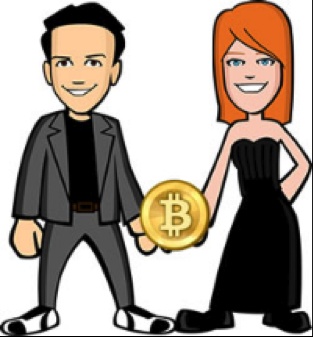 245 countries, Islands and Territories, Bitcoin is a more efficient payment system and digital currency for Film Annex. Francesco Rulli Film Annex Founder and President stated, “The ideal users at Film Annex are those who believe and think in Bitcoin as their primary currency. We work with and continue to seek out the person who wants to earn Bitcoin, hold it in her/his wallet, invest it and/or spend it as Bitcoin. For this type of user, the eventual conversion of Bitcoin to other currencies is a possibility, but not the primary goal.”

Francesco Rulli continues, “Paying Bloggers and Filmmakers for the last 5 years from around the world has always been complicated and costly. We believe that Bitcoin will address many security issues that women in Developing Countries have with the traditional banking system. Security issues, wire transfers fees, bank fees, and other fees have led us to Bitcoin.”

Film Annex enters the world of Bitcoin with the following roles:

Mike Sweeney of Film Annex Capital Partners will be coordinating all the efforts of Film Annex in the Digital Currency market, and he can be reached at mws@filmannex.com, or you can follow him on:

Bitcoin is a global currency that can be used for online payments and transactions. It is very efficient and much less costly than traditional currency and banking systems. Bitcoin can be converted easily into US Dollars, Euros, Japanese Yen, and many other "traditional" currencies in both developed and developing country currencies. Bitcoin can be used at hundreds of online websites today, and it is growing every day. It can also be traded and converted at many online exchanges and brokers.

Film Annex Capital Partners, LLC is the venture arm of FilmAnnex.com, which is ranked as one of the Top 100 web sites in America with over 25+ million unique visitors per month. Film Annex is a leading online short film distribution, blogging and film financing platform. Film Annex's growth is due to its unique #SocialMediaThatPays business model, which includes:

Film Annex pays its Content Partners in Bitcoin, and Film Annex Capital Partners is a pioneer in the digital currency market.