To celebrate the end of 2013 and get ready for 2014, let's have a look at Film Annex today and the exciting projects ahead of us for next year!

Film Annex today, it's a platform with... 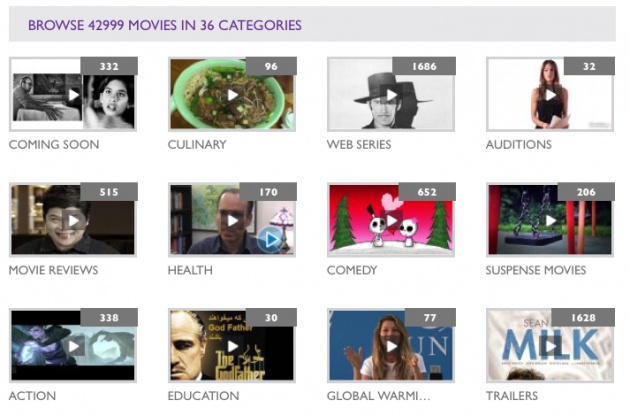 At Film Annex, we created...

The BuzzScore, the scoring system that rewards all our users based on the quality of their work and their ability to share and influence using social media tools.

The Picks, the section that brings together some of the most talented and active filmmakers on our platform. Being featured on the Picks increase your BuzzScore!

The Annex Press, a platform for professional writers from all backgrounds. Being featured on The Annex Press increases your BuzzScore!

Film Annex around the web, it's...

Plus a Google+ page, a Tumblr, and a LinkedIn group
to discuss with other filmmakers and film industry professionals.

The “Social Media That Pays” platform for filmmakers, bloggers and users, the only platform where they can make money with their content and social media sharing.

But most of all, the best people to tell you what Film Annex is, are its filmmakers, bloggers and users:

"What truly makes Film Annex stand out and above other platforms is the way it rewards users financially. Their buzzscore system is a fantastically visual way of encouraging the use of social media as a versatile tool to share content with others. I have never before encountered an online platform that showcases creativity in so many forms, and rewards directly those who are driven to be creative and share with the world the fruits of their creative labors." - Iain Goodyear, filmmaker.

"The more you blog, t

he more it increases your presence on the site, which increases the number of people looking at your work, which increases revenues. I'm excited about the revenue that's coming in, and it will be a good way to start out the year." - Charles Pieper, animation filmmaker.

"Film Annex is the best website I’ve found that allows you to generate the most revenue from your films." - Andy Parker, filmmaker.

"Film Annex, for me, has established itself as the leader of realistically achievable revenue for high-quality content. This is why I think the BuzzScore has a positive effect that extends beyond Film Annex itself. In order to maintain my BuzzScore, revenues, and ‘place on the list’, I’m also greatly expanding my knowledge of social media, its relationship with film, and film in general." - Kevin Parry, animation filmmaker.

"Film Annex is the only platform I’ve run across that has the filmmakers’ interests at heart. They

have a smart business plan and really work hard to help indie filmmakers make money so we can continue to make films. There are several ways to build revenues on Film Annex: uploading films, sharing films you like, and blogging about films. Film Annex has created a true "support network." - Lisa Stock, filmmaker.

"It is a great way for people to showcase their work and generate a revenue that they can use for future projects." - Mark Kuczewski, filmmaker.

"Blogging at Film Annex is like staring at a mirror where I reflect my thoughts, my way of understanding cinema. I put into words thoughts that were just in my head and, since I write them, I understand myself better." - Miguel Angel Font Bisier, filmmaker.

"Film Annex has given me the possibility to use writing in a different way, and the reward I've gained goes beyond what I can put inside my wallet: moral recompense." - Giacomo Cresti, blogger.

"Film Annex is a perfect and different social media that pays for our content we share and upload." - Jamil Yosufi, filmmaker.

Have a look at this video from Tom Molen of InTheLab, the profile with the highest BuzzScore on Film Annex, as he explains his collaboration with Film Annex: