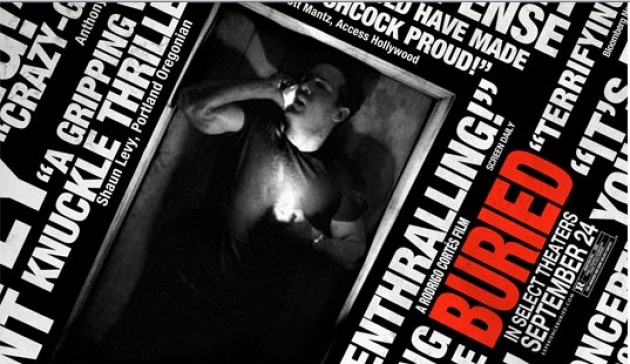 A US truck driver working in Iraq gets kidnapped. He wakes up, buried alive with a mobile phone, torch and a lighter.

I noticed this film was on TV this week so I decided to give it a watch. With claustrophobia and being buried alive being probably my number one fear in life, I thought this would be an interesting viewing experience. 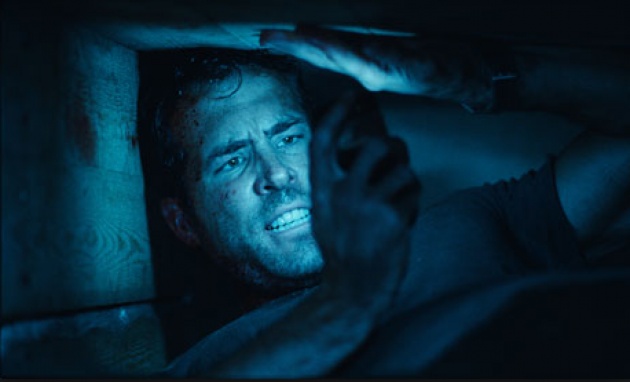 The whole film is set inside of a coffin buried deep underground. For a 95 minute film, this is a brave task. Whilst at times this film can become boring, at the same time it is incredibly uncomfortable and grueling to watch (I mean this in a good way). As the entire film is set inside of this box, the audience doesn't get a chance to escape the well created claustrophobic atmosphere of the film. This really helps you go through the same emotions the character is feeling. I genuinely found myself needing to move around a lot whilst watching this film just to remind myself I wasn't trapped in there with him. 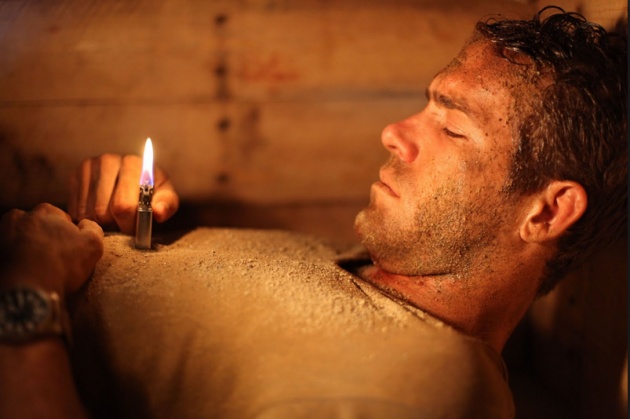 As the film continued, I was desperate to see how it would all end, not only for the characters sake but for my own! The last 10 minutes of the film build tension really well. The coffin cracks and sand slowly starts pouring into it, the mobile phone battery is on its last bar and the people he is communicating with say they are nearby. However, in the last moments, just as you think he is going to get rescued, it turns out his rescue team went to the wrong location and the main character dies.

For me this was a bad ending. I remember hearing Alfred Hitchcock say "The bomb must never go off" meaning that if you put the audience in an incredibly tense state, you must eventually give them a release from that tension. Buried ended and I hadn't got the release I was hoping for and needed. I felt uncomfortable and dissatisfied with the end of the film even though I felt it was incredibly well shot, acted and paced. I share Hitchcock's opinion that you should allow the audience to reach the highest point of tension they can feel but then still give them a release in the end.

Be sure to subscribe to my WebTV channel for cool films and bi-weekly blogs!