Film Review: THE LAST DAYS ON MARS: Aurora boring all of us? Not quite 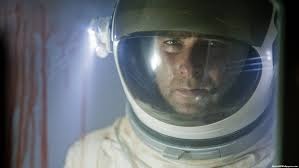 Of the three recent examples of British science fiction, THE LAST DAYS ON MARS seems to have a budget commensurate with its ambition. THE ZERO THEOREM looked desperately cheap – I had appalling memories of SUPERMAN IV: THE QUEST FOR PEACE; more like the quest for some decent special effects, a good script and a reason for being. THE MACHINE made a military science facility look like the set of a Hot Gossip video – I kept waiting for the disco lasers to appear and Sarah Brightman turn up singing ‘I lost my parts to a tarnished pooper’, which is a polite way of saying that those graduates from Andrew Lloyd Webber talent shows really don’t hold a candle to her; she may indeed fear for her hair extensions from that flame.

Directed by Ruairì Robinson, it is an authentic British-Irish co-production, with an American (Liev Schreiber) keeping the peace - shades of the Good Friday agreement. I made an agreement once on Good Friday, to stop eating Easter Eggs, broke it by the Sunday. This is set sometime in the 21st Century, wisely eschewing a caption that might date; 2001 – A SPACE ODYSSEY, like that happened, though I often see a monolith at the bottom of my garden until I realise it’s my glaucoma.

Schreiber plays the chief technical officer whose skills include a negotiable fee and allowing his children to play on the set. The only other ‘name’ in the eight strong cast is Elias Koteas in the captain’s role, though he looks more like Harry Dean Stanton from the ALIEN movies than Tom Skerritt – I kept expect him to moan about the bonus situation, the only bonus of filming in Jordan is getting Friday off. Romola Garai as the only cast member with an authentic Irish name. She plays the chief looker down a microscope who says things like ‘it’s mutating’ and ‘it’s building up resistance’. I kept wondering what the Latin was for this hokum. The token Ripley figure is Kim Aldrich played by Olivia Williams. I didn’t recognise the actress from THE POSTMAN, the last time she was in a sci-fi movie, but then it was the glaucoma again. There is a token Russian, Marko (Goran Kostić), who brings trouble on this European project, and the American has panic attacks; it is astoundingly topical, if you forget about the portentous shots of a space station which could conceivably represent the United Nations, or just another derivatively designed floating space thingy. Every time I see a space wheel, I keep looking for the mutant mouse running inside it.

In the six months of living on Mars, playing chess and raiding the refrigerator, the crew have not discovered signs on life. Except maybe the Russian has. He explains to the captain that he has to go out and fix something: it would be so embarrassingly if they left the space potty blocked up. (It’s not that, but it might as well be.) The captain says, whatever, I was in the first god-awful TEENAGE MUTANT NINJA TURTLES movie and not even the one with dodgy CGI and Megan Fox. The Russian finds his sample which he stashes in a vial and says ‘look at this, it’s incredible’; you turn it one way it goes whoop, you turn it the other way, it goes whoop, you move back and forth really fast, it goes whoop, whoop, whoop.

Mars is not known for its tectonic plates, but just then the Russian falls down a big pit; he must have been thinking, this film is so dull, I wish the ground would just swallow me up. Schreiber’s character goes down looking for him and has one of his turns; he turned down Season Two of RAY DONOVAN for this.

The second most expendable character is Dalby (Yusra Warsama), left staring down a great chasm, the chasm of limited casting opportunities from Afro-Caribbean women. She could be a nurse on CASUALTY, but what’s the point? Before long, she is bitten by a space zombie and becomes one.

The movie morphs from A-minus to B movie in a scene in which one of the characters is attacked by a space zombie with a power drill. I mean, how did he figure out how to plug it in? I kept wondering what sort of plug sockets they have in a space station: three holes, two holes or one that looks like the face of a Cyberman? Before long Elias Koteas is stabbed with a fatal blow to his overtime. His parting words before he becomes zombified: ‘Atom Egoyan!’

By now, you’ve figured out what type of film this is, one where the fight sequences are filmed at close quarters, usually with a red tint and steam blowing across the screen. If you’ve ever had your hair dyed, you get the idea. You can’t actually make out what’s happening, reminding me of the old adage, ‘audiences would rather be confused than not frightened’. When one of the characters is betrayed, any hopes of an ALIEN clone are snuffed out.

THE LAST DAYS OF MARS follows in the great tradition of British science fiction – INSEMNOID, LIFEFORCE – in not being such a great tradition. There are no gratuitous nude sequences because if Sandra Bullock isn’t going to do it in GRAVITY, not even show off her space diaper, then no one is. Yet for all my desire to dismiss it, for about 25 minutes it is competently made and does a good job delineating the cast members. The special effects aren’t bad either. What it lacks is a Second and Third Act of any substance. THE LAST DAYS ON MARS is actually THE LAST 19 HOURS ON MARS, but that isn’t such a hot title. Robinson does what any first time feature director does with a B movie script, he stretches the budget. ‘Give me a big budget filum, I can make it cheaper.’ Yes, and you’ll end up with SUPERMAN IV: THE QUEST FOR PEACE.