Every nation has its own traditions, his own important moments and its own lifestyle. Across the time every country in the world started to save its own memory in different ways.

There´s a lot of ways of record the memory of a nation, you can find it in something really basic like the newspapers in libraries, or in amazing paints in museums, even on the classic family albums. In this occasion I´m going to talk about the thing that we love, movies.

Since the cinematograph was born the images started to be saved in different ways, for one side as we now, in France the Lumiere brothers started to film documentary scenes from different places in their country and then, the Pathé brothers move this to another level and they filmed a lot of incredible moments around the world. Meanwhile in the United States, Edison started to film different situations in a studio with his own invent. And then everything goes ahead as we now in the story of the cinema.

The Lumieres made documentaries and Edison made fiction movies, but both started to filmed the history of their countries, of course they were not trying to make that, but in fact, their films show us in some way the interest of the people at their time. Then, all the cinema started to work in the same way(i think).

Something similar happens with the documentaries movies, we agree that they about the reality in different ways, different styles and of course different point of views. But if we start to go deep about what a documentary is, we are going to understand that each one is a singular moment from the view of a singular person across a camera lens; if we understand this in a deep theorical way, we can say that a documentary is a kind of "object"(or digital file), and as a object is not a moment of the reality, because the reality and the life is always happening in front of our eyes as humans.

From this base we can say that every film is a document of something and keeps our human story in some way. In my country the first movies were recorded by the Pathe in the 1887 and in 1910 was developed the first chilean "fiction" movie about a national independence heroe called "Manuel Rodriguez". Then in the years `20 to the `40, the chilean filmmakers start to produce a lot of movies in all the styles. After that in from 1960 a new group of experimental filmmakers reborn the Chilean cinema from a different point of view, the latin american reality in different ways (social, artistic, political).

In that moment our country lose a lot of film documents and everything started almost from zero until our days. Today Chile is having a great cinematographic moment and there´s a lot of movies in development and a growing up number of filmmakers. Some of them try to rescue the past of the cinema, others makes new movies and some of them create new ways of keep our story story as a country in movies.

I want to introduce you to the chilean "Film Map" (Mapa Filmico de Chile) - MAFI. This iniciative was created in the year 2011 by the chilean filmmaker Christopher Murray and is a web platform composed of documentary pieces about Chile today. The format of the works is simple: still camera, short duration and a clean sound of the record.

The aim of the project is to capture fragments of the national situation all around the country and in any kind of situation, in order to create a map of our contingency through an authorial view, reflective and with high visual quality.

I really enjoy watching this site and all the videos because it really gives you a resume of us as chileans in our country. If you have some time and if you are interested you can go to the site www.mafi.tv and you are going to find an incredible film archive of Chile. 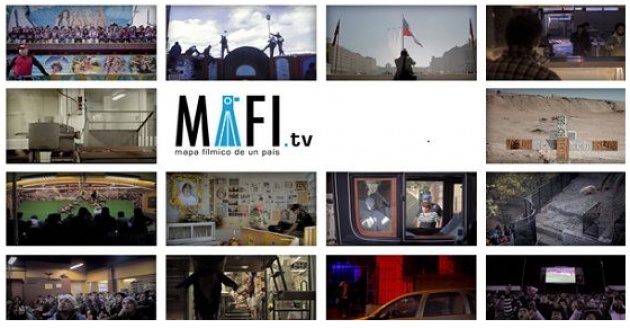