It’s quite common for Film Annex filmmakers to use the film distribution platform to realize their lifelong passions, but New York City filmmaker Lisa Stock’s journey to professional film production started earlier than most.

“I have been walking around since I was about four years old, telling everyone that I was going to be a movie director,” she told Film Annex in a video interview. “And that started with The Wizard of Oz. Every year it would come on television and I was completely entranced by it.”

And Stock knew immediately that she wanted to devote her career to filmmaking.

“I can remember when I was very, very young, turning to my Dad, and asking what it was. He said, ‘That’s a movie. They make those in Hollywood.’ And without missing a beat, he said, ‘You can do that, too.’” 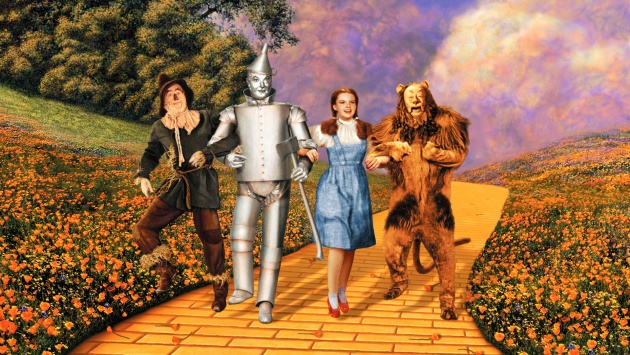 My family and I are big fans of The Wizard of Oz - it’s easy to see how mythology and fantasy can entrance a young girl’s imagination. But Stock still carries this inspiration with her today, as her filmmaking style aims to replicate the themes of the classic movie.

“It’s also the kind of movie that I wanted to make,” she says. “Something that’s a little bit removed from reality but is also a metaphor for our everyday lives.”

Stock’s newest film, HELL, premiered recently at the Anthology Film Archives to a full audience and much critical acclaim. But although movie premieres are a traditional distribution method for garnering publicity for new films, as a Film Annex filmmaker herself, she realizes the potential for new distribution methods, especially for her and her peers.

Stock is of the philosophy that all filmmakers can potentially do great things with the help of a filmmaker distribution platform and other digital tools. In recent months, she’s been able to promote - and sell out - her premiere screening by using Twitter. She has also used social media to connect with other Film Annex filmmakers. “That’s always nice,” she says.

Recalling the words of an old film instructor, Stock has a very personal connection with the mission of digital film distribution.