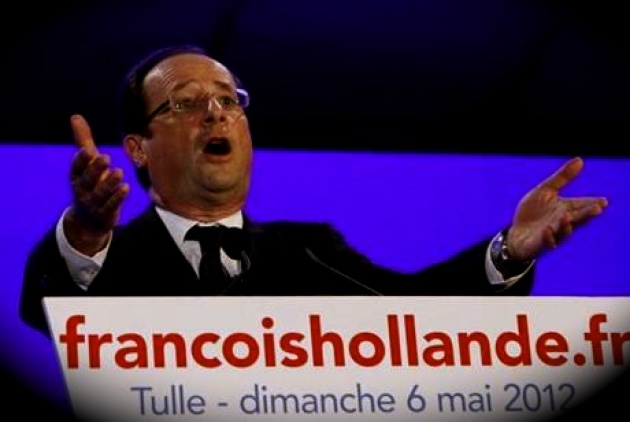 Francois Hollande defeating Nicolas Sarkozy may not have been much of surprise, but how about the reaction of investors and the financial markets which normally hate uncertainty? The traditional media are still holding to the old storyline that the markets are shaken by the victory of Hollande, but is that so clear or even accurate?

As France’s President-Elect Francois Hollande promised an end to austerity, apparently investors agreed at least in France. Economic growth rather than a shrinking balance sheet appears the favored option to reduce deficit. We had already noted this subtle hint in France’s stock market last week as Hollande’s election seemed more likely.  This is our perspective from last week that appears more validated today: “I have one hunch though: the financial markets also believe that substantial change is in order, from certain countries leaving the Eurozone to a reversal in policy away from current austerity. Thus, the current bad news and political turmoil is part of a new, fresh course away from stagnation. France may be just the first in line, and perhaps Europe will pull out of the nosedive driven by current political leaders married to austerity.” See our Blog for Film – “Is Euro Overvalued?”

The electorate in Greece appears to have voted similarly. Of course though Greeks do not have the same economic independence as France to discard the austerity and bailout deals of only a few months earlier. Indeed the voters in local elections in Germany appear to be sending a similar message regarding the lost road of austerity (with projected results this week).

The rating agencies are not in a position to publicly comment on the reversal of fortune regarding austerity. As someone who started his career working in (Standard & Poor’s) and with all the rating agencies, I believe their message was misconstrued. They did not advocate austerity but reform and a reduction in deficits that could be achieved through growth as well. Perhaps ideology and vested interests were as responsible in the course opted for by the dominant center-right coalitions of the Eurozone.

Besides France, the equity markets of the rest of the Eurozone appeared less ebuilent at the loss of Nicolas Sarkozy. However, this also may reflect that most are now behind France on the new road toward altering the course away from austerity. Political chaos mat be the most predictable short-term consequence. Particularly the unity that had been achieved through the leadership of the "Merkozy," is now largely in doubt with Sarkozy gone and Angela Merkel increasingly looking like a lame duck. Of course, this may also place at risk other vested interests including a call for higher taxes of higher income. In some instances there also may be an effort to leash perceived capitalist excesses.

The one question that remains to be asked/answered, besides austerity has the US more free-reign capitalist model also lost its credibility in much of Europe?