Finishing work on a script.

Hello, Cody again. I've been working on a script for an animated short film which I hope to start work on later in the year. This is still quite true, but I am happy to report that I'm getting close to finishing the script now, perhaps in another week or two, I should be able to enjoy the tortures of editing the thing. Argh! lol But I'm confident that I can announce the title of the script I'm working on, without anyone being able to cast suspicious glances my way. The truth is I know I own the rights to this idea, because I've done it once already, as an animated cartoon. It's called "Space Bros." and yes, it's a comedy. There's a cartoon you can find online at various sites, youtube and other places, where you can watch it anytime. There are several things that will make this script and film different from the original cartoon; mostly that it will have more than just one episode. I'm hoping to shoot several episodes with a prepared storyline, I'm preparing to do work for possibly nine episodes. However, any more than that, and the effect I hope for it to have will be lost, as well as the attraction of what I'm hoping to accomplish with it. There will be some room for carefully written spoofing along the way, but nothing that I'll get in trouble, I'm quite sure. However, the work on the film itself won't start anytime soon, as I'm working on editing a book at the same time. Yes, you could call me a glutton for punishment, creatively. hahaha! But hopefully this fall, I'll have done the work needed that I'll be able to start shooting scenes by maybe early October--?? We'll have to wait and see. Yeah, I know, NUTS! I sincerely hope everyone is having great experiences with their creativity, and I'll be happy to watch anyone's work when it comes my way. My best to all those free-thinking minds who have the curiosity to blaze their own dreamlands to life. Don't ever stop, because once you stop dreaming for someone else to govern you, you will certainly die from it! A little grim, I know, but it's also truth. Believe me, I know. Thank you for your patience, and not texting in the theater during the movie. :) -Cody Marmon 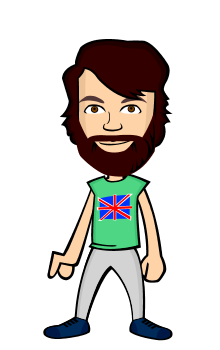 I'm a writer, artist, amateur animator and amateur film-maker. I mostly do this for fun.