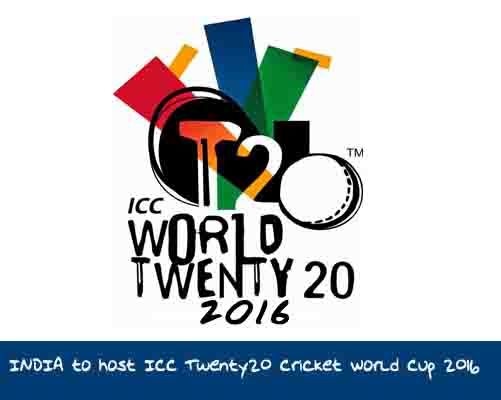 Today I am gonna talk about First Round of T20 World Cup 2016 that is going to held in India in March. As in my previous blog "T20 World Cup 2016" I have talked about the format of this T20 world cup. But I was thinking that I must talk in detail about the rounds of world cup. So in this blog I have chosen the first part of T20 cup, first part means that "First Round of WC", as this time world cup has been divided into two rounds. So I will talk about First Round today. The second round of the cup is defined as "Super 10".

Super 10 will be consisted on 10 teams.  Eight confirmed teams of ICC rankings are included in this round which are (India, Pakistan, Australia, England, South Africa, Sri Lanka, New Zealand, West Indies). The other 2 two teams will decided after the first rounds of the world cup.

Zimbabwe is the full member of ICC. As Zimbabwe is not in the top 8 teams of current rankings of ICC so this team has to play the first round with the other 6 affiliates team of ICC.The squad will be as under for the upcoming world cup.

Bangladesh is also the full member of ICC. But being at down under from top 8 eight teams of ICC current ranking, Bangladesh will also join zimbabwe in the first round to play with the other affiliates teams to qualify for the Super 10 round. But Bangladesh has proved over the recent years that they are improving and they win their first series as bilateral against South Africa, which is obviously an achievement. As well as they have beaten many top ranking teams to prove their rank and improvement in cricket. So, this world cup of T20 will be a good chance for them to stamp their quality by beating some top teams, the players has done well for Bangladesh such as, Mahmudullah, Mushfiqur Rahim, and many others. The squad of T20 for 2016 WC is as under:

AFG is an associate member of ICC teams. In recent years this team has done well and have qualified for T20 world cups for many times. So in this world cup it will be an opportunity for them to play well and prove their tag at such big event. The team members will be down the under:

An other associate team of ICC will take part in 2016 WC. This team has done well to reach in the first round of world cup for qualifying in Super 10.

This is an old associate member of ICC who has already taken part in some previous world cups. So being an old member of ICC a good cricket is expected on their behalf.

Hong Kong is also an associate member of ICC which has played in 2014 WC. This team has played a good cricket in past and has defeated many good associate teams.

Another Associate team that has qualified in 2016 T20 WC.  This team has already taken part in previous WC of 2009 and 2014. Netherlands is an old associate member of ICC.

Ireland is also an associate member who has done really well in past. Ireland has beaten many teams in past. So a good WC is expected by them.