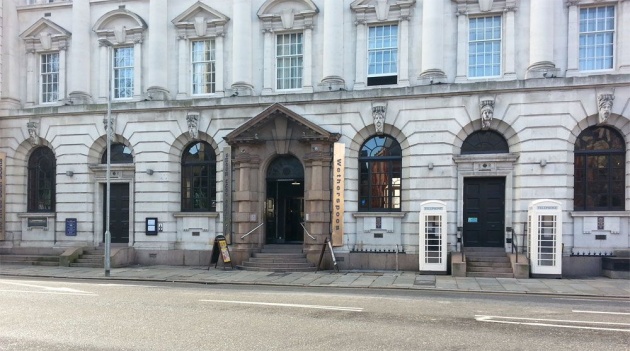 J. D. Wetherspoon's are a chain operating a large number of pubs across the UK, including those in the Lloyds No. 1 chain, which are part of the same group and have the same menu. The Three John Scotts is in the Old Town of Kingston-upon-Hull, and is across the road from St. Mary's Church which, in the nineteenth century, was run by three successive vicars all called John Scott, hence the name of the pub. The pub is in City Exchange, a Grade II listed building that is the former main Post Office building in Hull, which has since been converted to leisure and apartments. The pub lacks its own car park; nearby parking is pay and display on street, although this requires paying for parking in advance, and in multi-storey car parks. An alternative is parking slightly further afield in the Prince's Quay Shopping Centre, which tends to be cheaper. The pub also has a beer garden outside to the rear, and the toilets are well away from the dining areas, being downstairs. 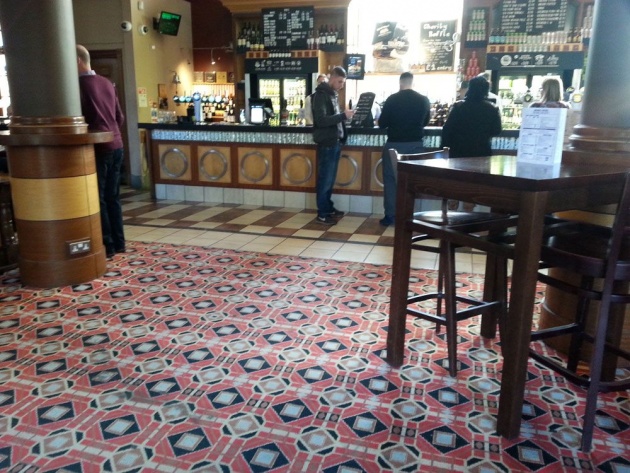 With The Three John Scotts, guests need to first find a table to sit at before they can order any food. Once they are ready to place the order, food and drinks are ordered by going to the bar, where they are also paid for up front. The food is brought out to the table, but the pub lacks table service. Consequently, any further orders of food or drinks require more visits to the bar. Cutlery is brought out with the food, wrapped in a paper napkin, and condiments are available in bottles which are stored in a small carrier. The pub has a wide range of bottled and on tap world and craft beers, and regularly change some of those served.

The pub was visited on a Friday lunchtime and was busy when entered. Most tables were occupied and the pub remained busy throughout the visit. All Wetherspoon's venues have a number of Clubs available throughout the week and Friday's is Fish Friday. This is simply fish & chips; the others have a wider selection of dishes to choose from. This comes with a range of hot and cold non-alcoholic drinks, including soft drinks, hot chocolate, tea and coffee, as well as bottled water, in the price, or for £1 extra an alcoholic drink from a wide selection of wines, beers and spirits can be ordered. With the Friday Club it is also possible to also order a couple of slices of bread and butter and a tub of chip shop curry. Also with the Club menus, all of the desserts are available for £2.50, for those that cost more than that, although two desserts can be ordered for £5 at any time. The food was ordered from the Fish Friday menu. 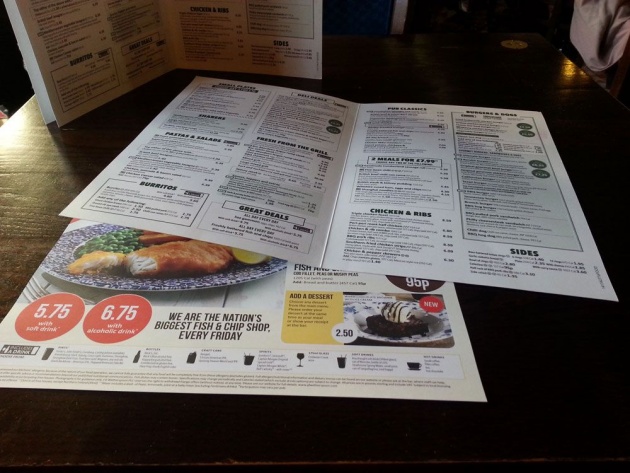 The meal came with an included soft drink, and the one chosen was a 16oz glass of Pepsi Max. This could have been upgraded to a pint glass for an extra 20p, but this was not done. The Pepsi Max was draught and was as good as can be expected from a draught soft drink. 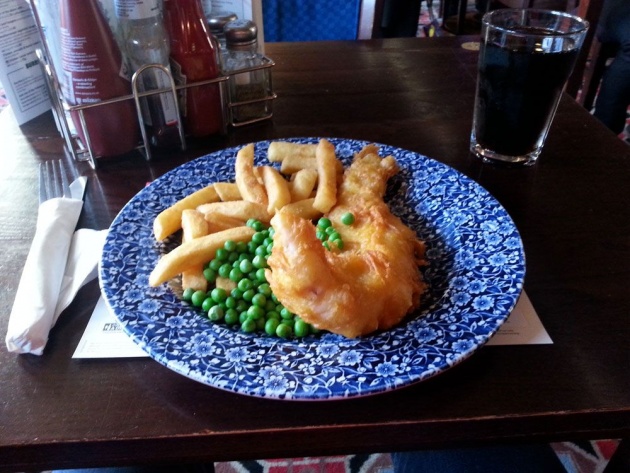 The main course ordered was the Fish & Chips. This was accompanied with either garden peas or mushy peas, with garden peas being the one chosen. The fish was cod, traditionally battered. Oddly, the picture on the promotional flyer had a wedge of lemon, a common accompaniment for fish, but one was not served with it.

The plate was neither warm nor cold; a warm plate would have been preferred for hot food. All the food was freshly cooked, and had been cooked perfectly, neither over- nor underdone. This was a pretty standard fish and chips in its constitution, but it was a decent one. The batter on the fish was crisp, not soggy, as is sometimes the case. 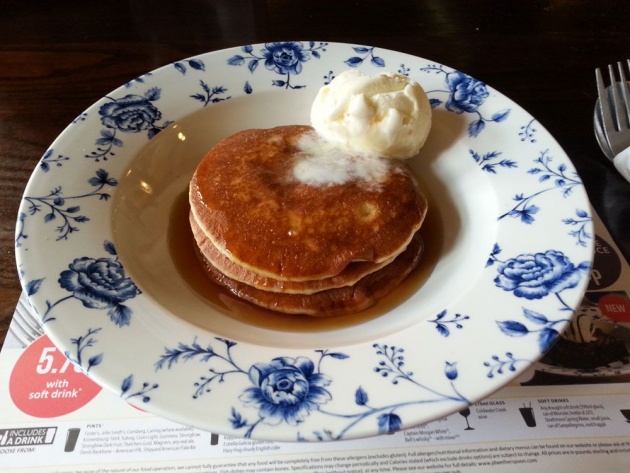 The dessert ordered was the American-Style Pancakes. This is three warm pancakes served with a scoop of vanilla flavour ice cream and a choice of sauces. The two alternatives were strawberry, blackberry, raspberry & blackcurrant compote or maple-flavour syrup. It should be noted that this is maple-flavour syrup, not genuine, and more expensive, maple syrup. The maple syrup was the sauce chosen.

The dish the pancakes were served in was, like the main course, neither warm nor cold. Possibly a cold dish might have been preferred, but with the pancakes being warmed this is not certain. These were served in a stack with the maple-flavour syrup poured over them and ice cream on top of it. It would definitely have been preferred for the syrup to have been served in a jug, as used to be always the case, rather than being poured onto the pancakes. Still, no real harm was done and the ice cream was fresh and obviously hadn't been standing waiting to be brought out.

The main course took eighteen minutes to be served, which is longer than is typical, but the staff warned prior to ordering the food that it was taking twenty minutes, so it was actually served slightly faster than stated. Similarly, the dessert took ten minutes to arrive. Both times were quite reasonable, given the level of custom. Despite the business of the place, the food hadn't suffered, all being done perfectly, not overcooked for the main and without the ice cream melting for the dessert.

The biggest issue when dining alone at this, and other Wetherspoon's locations, is the lack of table service. Many of the tables are out of sight of the bar, which means either leaving something on the table or risking having someone else sitting at it when you return from ordering the food. Given this, the dessert was ordered at the same time as the main course to remove the need to return to the bar. A mistake was noted with the bill, with the dessert being charged the full price rather than the reduced one, but this was rectified without trouble before it was paid.

The Three John Scotts is a good alternative to fast food or sandwiches, for those with a little more time available for lunch, and perhaps a little more money, and the Clubs provide some good offers.

Today, January 28th, is National Blueberry Pancake Day. Pancakes are a common dish in many countries…