Five Simple Acts of Kindness That Can Be Big To Someone 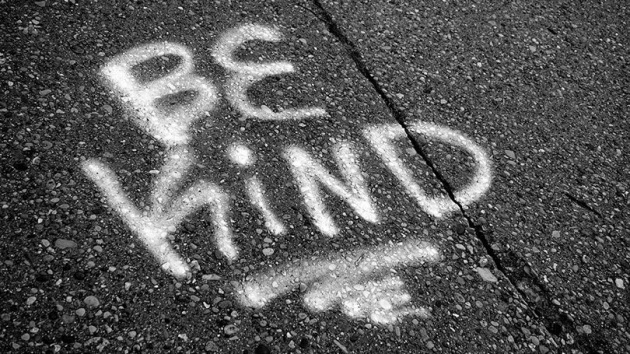 *Image is credited to kindakind.com

Simple acts can make a big impact, whether it is good or bad, but do the good ones.

There were times when I am in the bank or in a fast food restaurant, I have come to see, observe or witness some great things that had happened because of one simple act; good or bad. The world can be cruel as they say, and indeed it is. It is not the world that actually cruel, it is the human living that tend to forget that they should act like a human.

Every day, we encounter the bad ones, they are everywhere around us, in the office, in the street, in a restaurant, they are very visible; but there were good things, good acts that somehow outweighs those not-so-great acts and they are from a friend, loved one, an acquaintance or even from a stranger.

HAVE FAITH IN HUMANITY.

And you can do simple things that can restore humanity and I have made the most simplest that I can think of, and I am keeping my faith that YOU really can do them, to everyone.

Five Simple acts that can have a great impact. 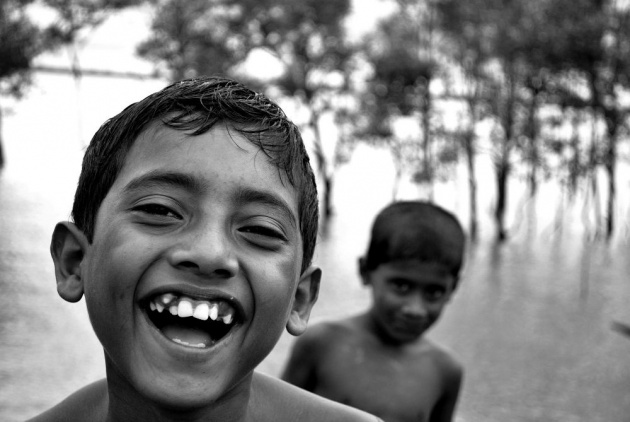 *Image is credited to .wikimedia.org

Wearing a smile while walking on the street can really make someone else’s day better and lighter. It is simple but the effect is BIG, impact is deep.

I don’t have that smile that shows my “toothpaste-commercial look teeth”. Every time I smile, I don’t show my teeth, well I am starting to show some now, but I still smile with the effort to show my cheekbones.

No matter you smile, just smile. Give them to anyone you meet or just bump along the street.

Peace begins with a smile"--Mother Teresa 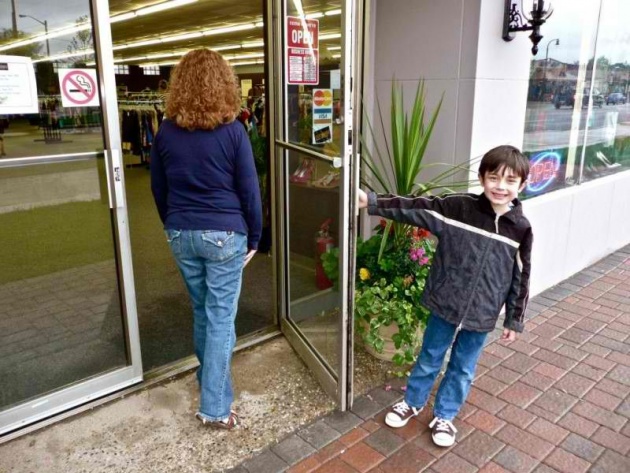 *Image is credited to johnmaerz.com

Not all people can do it, I have seen that and I admit that it frustrates me sometimes. And most of the time, it happens in a fast food restaurant. Why cannot do it? I don’t know, maybe they are not used to it, not their practice.

Well, I am not doing it before but I have come to learn about practicing it when I was working overseas, seeing some foreigners helping you even just holding the door for me, then decided to return the favors I received to everyone that needs an extra hand to hold the door for them.

Isn’t it simple and you know you can really do it? 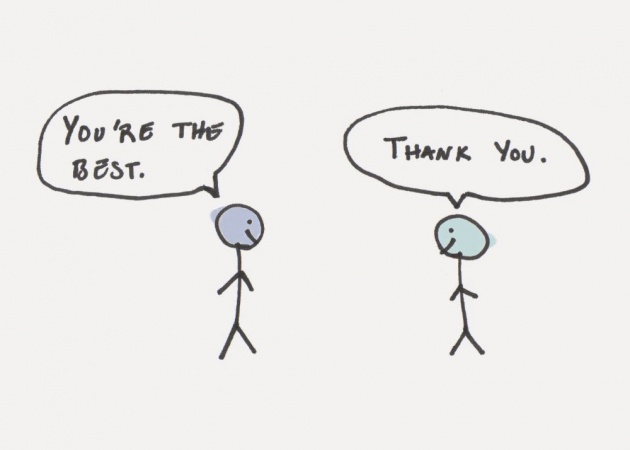 *Image is credited to jamesclear.com

Okay, this is not common, why it is hard to some to say “Thank You” to someone who did something even if it is considered “their job”, yes some would say that it is their job and we don’t owe anything, and for me, that is not right. Saying “Thank you” would be give confidence and encourage to be more efficient and do better to that person.

I wasn’t vocal of saying those words too before but it had changed when my employer asked put into the house rules of “saying thank you is a must”, then later on, I have come to practice the act of being grateful and next thing I know, I have been advising everyone to say “thank you” at least to simple favors that were given to them.

And the result is GREAT. Now, I am enjoying the results, staffs in the bank has been nice and kind and very accommodating to me, that some think of maybe I was a special but nah. Being grateful and be vocal on it is definitely a great thing.

“A little "thank you" that you will say to someone for a "little favour" shown to you is a key to unlock the doors that hide unseen "greater favours". Learn to say "thank you" and why not?”

4.   Offer a seat or try to create more space when commuting. 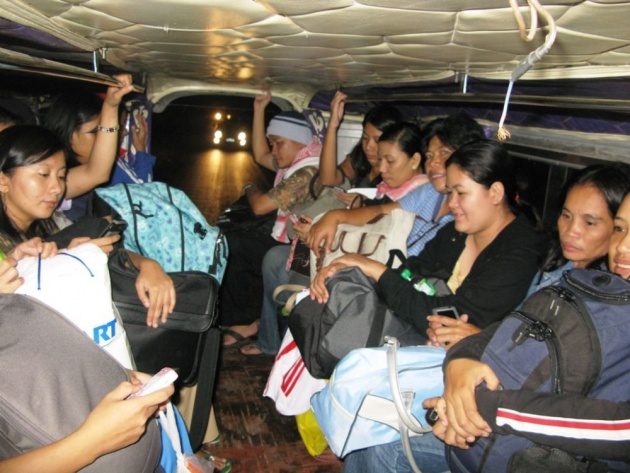 *Image is credited to marijebroekhuijsen.blogspot

They say chivalry is dead, I would argue with that, definitely not yet, it is very much alive. In a commuter’s life, they have experienced being offered a seat, or offered their seat or in a jeepney ride, common scene is to squeeze your body just to let someone sit much better.

I don’t know how to drive so I always commute, take a jeepney ride or the bus. The bus ride is much better in terms of fare and sitting comfortably, jeepney on the other hand, well, it is a struggle. Having a strong legs and arms is a must, how? The arms that can grip that metal above the head and the legs to support your weight when you didn’t have the luck to sit the whole buttocks.

Knowing how hard it is, try to be more considerate in squeezing some of those fats to have someone sit much better, especially when they are old.

5.   Clear the table and throw what any trash on the bins. 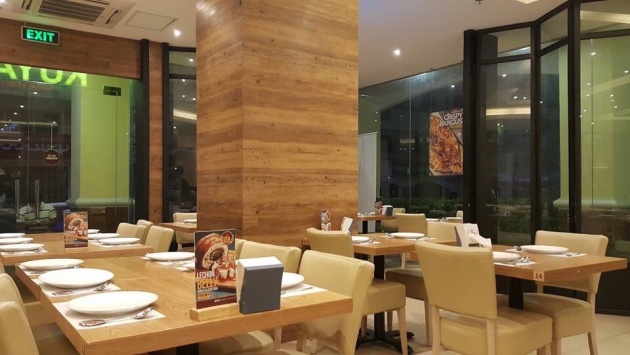 Where should we do this? In a fast food restaurant. Okay, you might asking me again, why, and maybe telling me that it is the service crew’s job, and yes, it is their job but we will be fine either if we do it, right?

Why should we do it? Take some time to observe how service crews do their job and it last for hours and two of those hours can be considered “chaotic”. They deal with a lot of people, different ages and with different personalities. Lending a hand through clearing your own table after eating can somehow lessen their load of job and that time that they would be spending in cleaning your table can be used in taking a minute if their time to rest and reenergize. 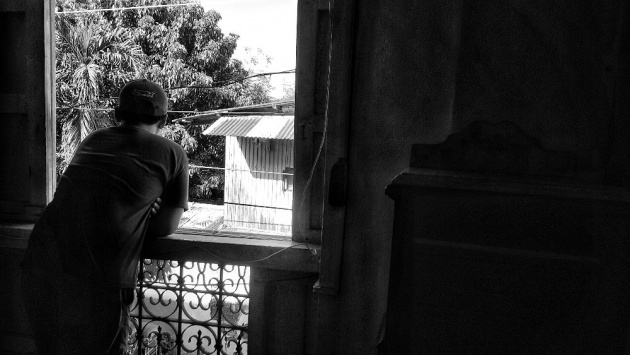 See yourself on their shoes, that is what I always think of and it made me treat other people better or the best that I can. Be nice, be kind, and be grateful.

With such acts, I am now reaping its fruits. I have always been treated nicely in return, made some friends too. Say that I am “Miss Congeniality”, well I am. But you can be too. In the bank for example, I have been accommodated by tellers and the guards and they are smiling more too. Oh, I forgot that they are giving me more of those BIR forms compared to my colleagues and asked me why I get that much, well, I told them that they should just be nice. And this is just one of the places that I have been getting some ‘special treatment” for being nice and being grateful.

There are actually a lot of things that you can do to others, you can add more on my list if you want to do something too for the sake of humanity. Hope you do more and see more HUMANS being HUMAN.

Thank you so much for reading my thoughts, hope that we can all be kind to others.

Here is a querlo chat for you...

2016:What A Year To Look Back and Thankful For.

*Image is credited to Rain Tajon via www.bitlanders.com Days have just fly faster that I know, and t…

Thousands of snails doe daily. Thats why i do my best to save them and bring hem to the safety of th…