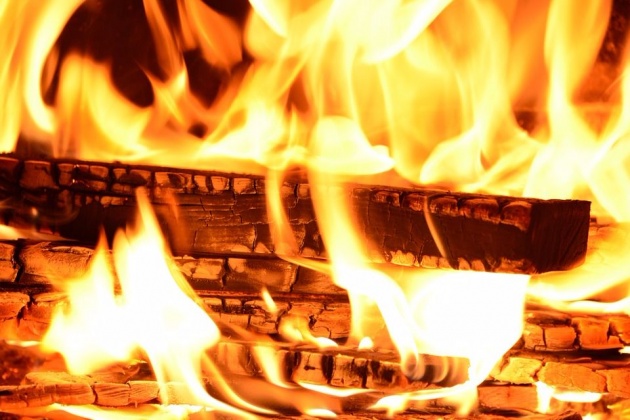 Photo credit to Stones from pixabay.com

Fire is essential in a survival situation. You use it to kill pathogens in drinking water, cook food with it, as a source for warmth, fend off wild animals, as a light source at night and many other things. Your survival rate is lessened when you can't make fire out of your resources, and it is vital to make fire within the first three hours (of surviving in harsh conditions) according to the rule of three.

There are many ways to make fire but I would list only five as they are the most common to use in a shtf scenario. Also it's important that you be equipped with at least 5 ways to make fire because if one method fails, is unfeasible to do or is already used up, you have a back up and a back up for your back up.

You can make fire out of the following: 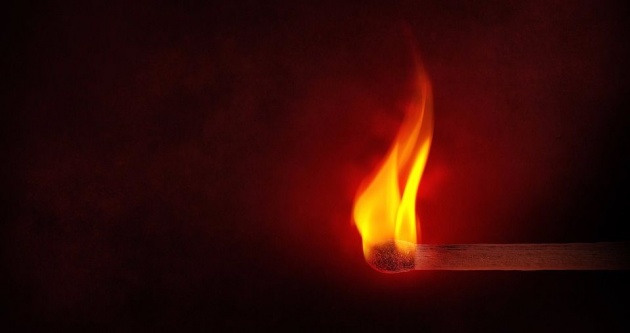 Photo credit to Comfreak from pixabay.com

The round tip is made of red phosphorus, sulphur and potassium chlorate. When you strike the red tip of the match, called the head, the chemicals react together creating a spark. Then the spark will form a flame and it would eat the wood as fuel so that the fire can last. This method of making fire falls under friction type because you need the chemicals to rub against each other to produce a spark.

This is by far the most common cause fire starting tool to have. People still use it even in first-world countries because it is cheap, widely available, easy to use and effective.

This invention has been innovated many times as there are now many variations of a matchstick. Some manufacturers add other chemicals and/or materials to aid the match in lighting up faster, better and brighter. Others coat the head to make it waterproof. Even if you light it up and dip it in water, it would still flame up after giving it a little shake after you submerge it in water.

I think almost everyone experience the wood shaft breaking off when struck. Because it is cheap, the wood used is also cheap and brittle. Also, the head might not ignite even when struck a couple of times with a quality striker. Another is that it is dependent on a striker. Without it, it is hard to light up a match.

One more thing is that compared to other firestarting tools, a box/bottle of matches takes up a big space in one's survival kit.

Lastly, it gets used up pretty fast and is good for single use. On average, a matchbox only holds 40 matches and a matchbox holder holds 25. 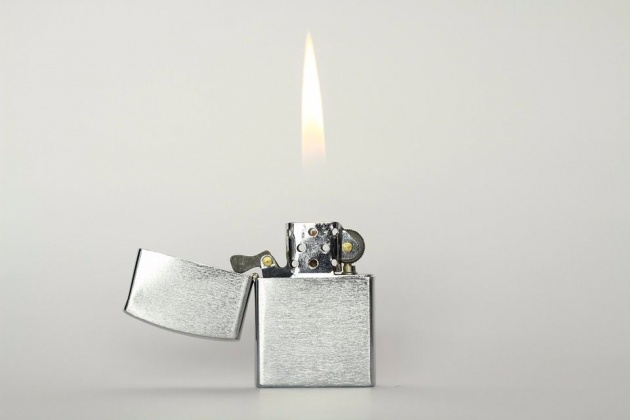 Photo credit to AgencjaAIAC from pixabay.com 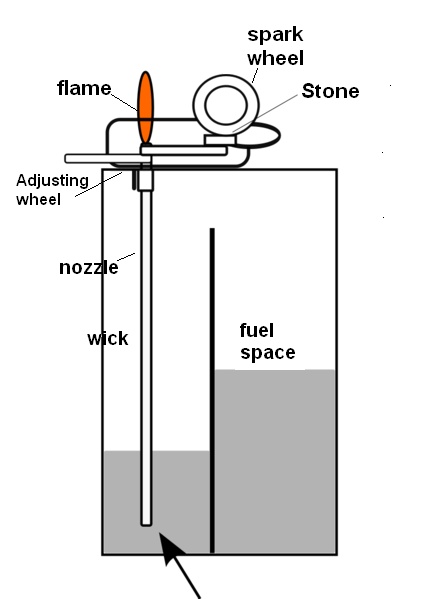 parts of a lighter from wikipedia.org

I marvel at the design of a lighter because I find it hard to explain it in detail. But simply put, it also uses friction for it to ignite. You whirl around a spark wheel or press an igniter then two metal pieces collide forming a spark, igniting flammable liquid connected to the metal.

Trivia: the lighter was invented first than the match.

It's easier to use than a match and is easier to make a flame. It is also widely available (because of the cigarette?). Many lighters are also refillable so having one is a good investment. Some lighters come in cheap but there are expensive ones, like the ones from Zippo.

There are waterproof lighters, in a sense that they come with a protective casing, but your regular lighter isn't waterproof. It won't make a spark if it's wet.

The fuel (flammable liquid) gets used up pretty fast. There are innovations to counter this dilemma such as no fuel lighters (but it's not widely available) and using lighter without fuel (but it takes skill).

The igniter gets hot with a few strikes so you have to wait a couple of minutes for it cool down and use again.

Although there are windproof designs out there, your over the counter lighter isn't windproof. You will find it hard to light it up on a windy day.

Like the match, you can't bring it on an airplane. 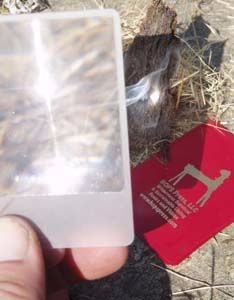 First off, what is a fresnel lens? It is a credit card-shaped plastic used like a magnifying glass. It can magnify text and images for up to 5x when placed at a right distance. Because of its refractive ability, it can bounce light (especially sunlight) at a specific point, channeling all light waves at that point causing it to heat up and produce smoke.

That smoke is crucial in making a flame because once you feed it with fuel (tinder) and blow it to add oxygen, it can create fire.

This method falls into the solar-powered firestarter because it depends on the sun for it to work.

It's lightweight, it won't raise eyebrows on an airport and it fits snugly in your wallet. Also, it has a dual purpose for the weak eyed.

You can't use it when there's no ample light source (like the sun).

Fresnel lens is not widely popular in my country so it is hard to find. Haven't gotten my hands on one, honestly. If you know where to buy one along the metro that is reasonably priced, please comment down below.

It is made of transparent hard plastic so it might be prone to scratches over time, and worse: cracking and breakage. 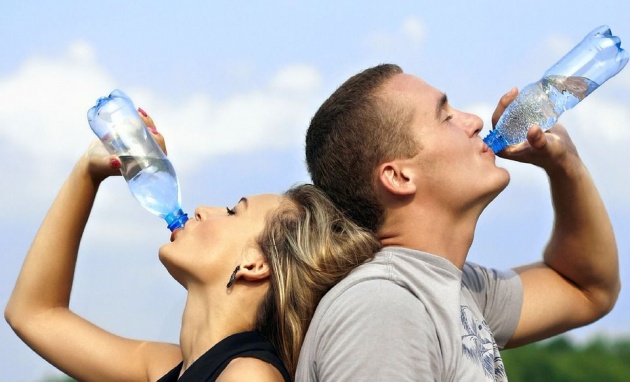 Photo credit to priyanka98742 from pixabay.com

Video credit to Grant Thompson - "The King of Random" from youtube.com

You need to have clear water inside and the bottle must come in clear plastic for it to work efficiently. Because of the refractive ability of water, it concentrates light rays on a single area, then creating smoke from intense heat and then producing flame. A water bottle pretty much works like a magnifying lens.

Almost everyone carries a water bottle so when you need to make fire, trust your handy dandy water bottle to do this job. Feels like hitting two birds with one stone, or fire and water in one tool.

It needs proper tinder for it to work.

When there's no sun, this can't have fun.

It takes skill and patience for one to successfully pull it off. 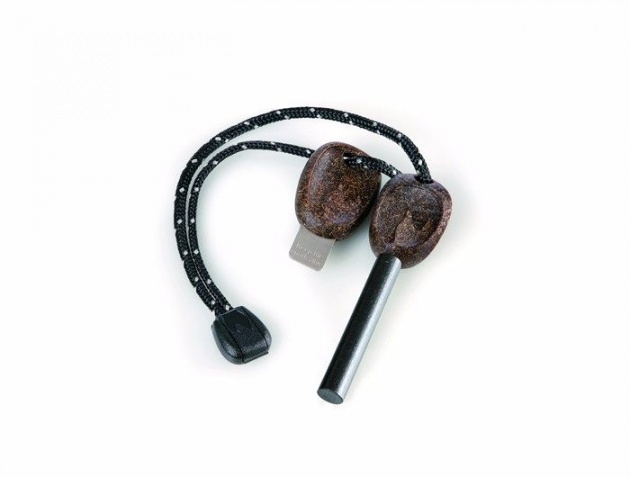 Ever heard of a firesteel? It's also called a ferrocerium rod or ferro rod. Ferrocerium is made of iron and other metal alloys. At first glace, it looks like a key without bits or cuts. In actuality, the bow in a key is the handle in a firesteel. 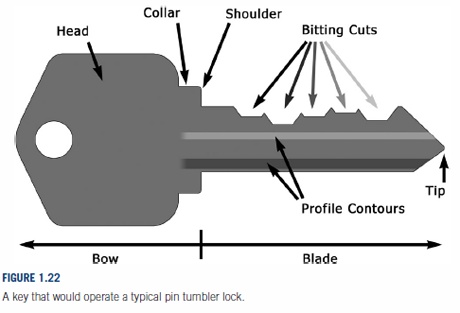 Parts of a Key from digitalcitizen.life

It's designed to be struck with a piece of metal, so when you buy a ferro rod it usually comes with a metal striker. However, even the back of a knife would also work well as a striker for a firesteel.

A firesteel uses oxygen in the air and iron embedded in the rod with the use of a striker to combine to heat up, thereby creating a spark which will turn into flame with proper tinder.

It's popular amongst preppers because it is lightweight, won't take up much space, waterproof, virtually windproof, long lasting and cost-effective. A Swedish-issued firesteel can have a lifespan of up to 12000 strikes! It's like having 12000 matches in the size of a large key. This feat is tough to beat.

You can still use it even if it breaks in half.

You can also take it with you onboard because airport dudes don't commonly know much about this flammable beast. Many survivalists in forums share their experience in getting away with it at the airport.

Like any other firestarters, the key to make fire is to use good ol dry and flammable tinder.

For starters, it takes patience to light up a cotton ball on a normal day. From experience, it took me 20 strikes to set a cotton ball aflame. The main culprit of its failure is that the tinder doesn't stay in place because the striker manages to move it in place.

Another reason is that you might have struck it too weakly it won't create a spark.

You need to get used to using it regularly if you plan to use it as your primary firestarter.

Other ways to make fire: 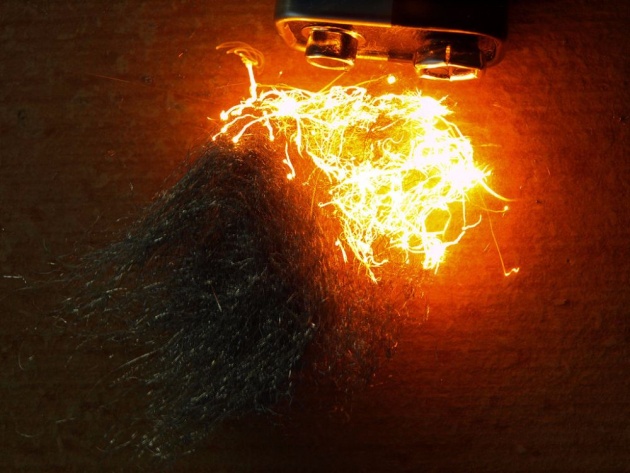 Photo credit to alennzg of deviantart.com 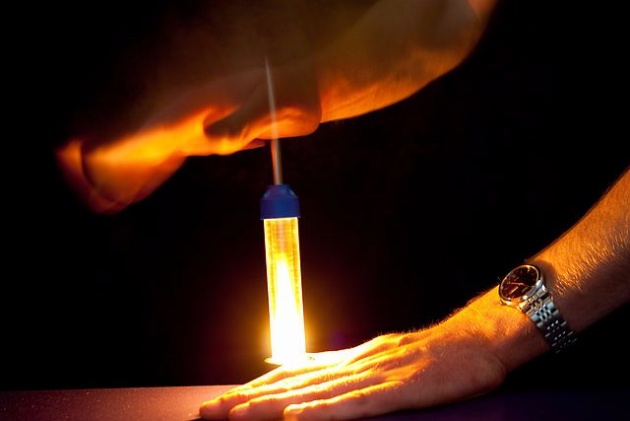 There are many ways to create flame, but be sure you have good tinder because no matter how efficient your firestarting tools are, without good tinder, your flame will die in a matter of seconds.

Also be careful in doing this because you might get burned, literally. You can watch videos in youtube on how it's properly done and equip yourself with knowledge before attempting anything dangerous.

Disclaimer: P/V not mine. 0% plagiarized.

Types of Water Container Photo credit to ronymichaudof pixabay.com Wazzup guys? Here I am again with…