Five women from the books who left a mark on me

Five women who made an impact and left a mark on me. 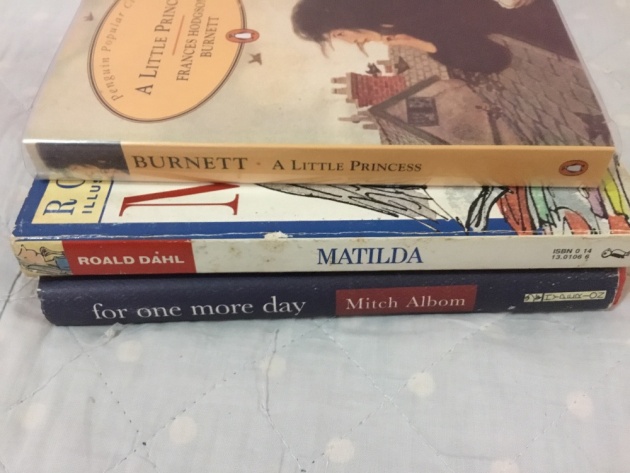 Women, both fiction and non-fiction have made an impact to me; with their stories they became my influencer or mentor, from characters to women of character.

Still in celebration with the Women’s month, I ought to share another list of women aside from the authors and this time from the books that I have read that created a huge impact to me, my personality. These five  women are both from real world and from the author’s mind, but somehow they did best.

On my list, you can also learn that women on all ages, and different status in life can do BIG ROLE to one’s life even just through reading. And here is my list of women, with their stories and how they made an impact.

Five Women of Character in The Eyes of A Reader.

1.      Matilda. She came from the book of Roald Dahl of the same title. When I am thinking for what to put on my list, she came first on my mind. Maybe because she is the youngest of the women on my list or maybe because she taught me that there is more on reading.

Matilda Wormwood is a five-and-half-year-old girl of unusual precocity, but she is often ill-treated or neglected by her parents. In retaliation, she resorts to pranks such as gluing her father's hat to his head, hiding a friend's parrot in the chimney to simulate a burglar or ghost, and secretly bleaching her father's hair.

Sounds like a mean child but not, her story is a reflection that some parents are not acting like a parent. While she was just left, she is doing her best to keep herself busy and that is through reading. She relied on herself more than to her parents. She is one independent child.

"Never do anything by halves if you want to get away with it. Be outrageous. Go the whole hog. Make sure everything you do is so completely crazy it's unbelievable...” ― Roald Dahl, Matilda 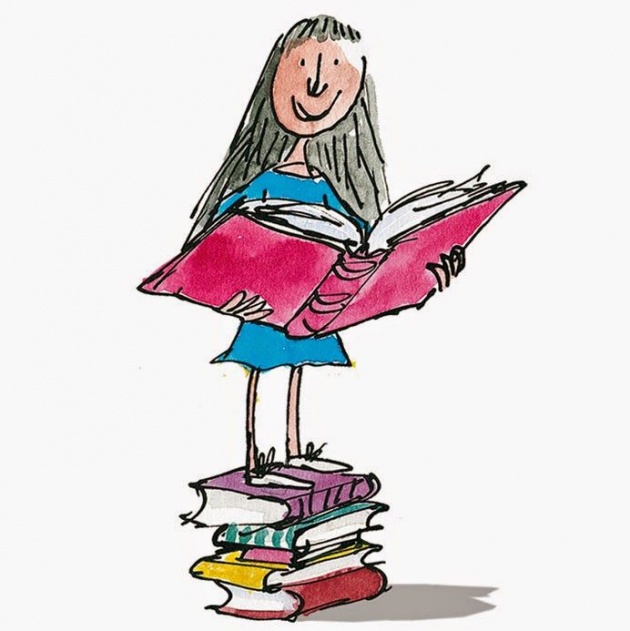 Image is credited to ofstacksandcups.blogspot

On the book, Charlie’s story of fame and then down, her mother has always been there. I cannot overlook the fact that Pauline or “Posey” showed me how a mother’s love is, and something I have always seen on my mother.

Despite the fact that Posey learned about being the second wife, she never stopped living for her children, she instead make both ends meet, sacrificed a lot. On some pages of the book, I have read about the times when Charlie didn’t stood for her mother and how her mother stood for Charlie in many occasions, definitely a proof of mother’s love.

“When you look into your mother’s eyes, you know that is the purest love you can find on this earth.” ― Mitch Albom, For One More Day 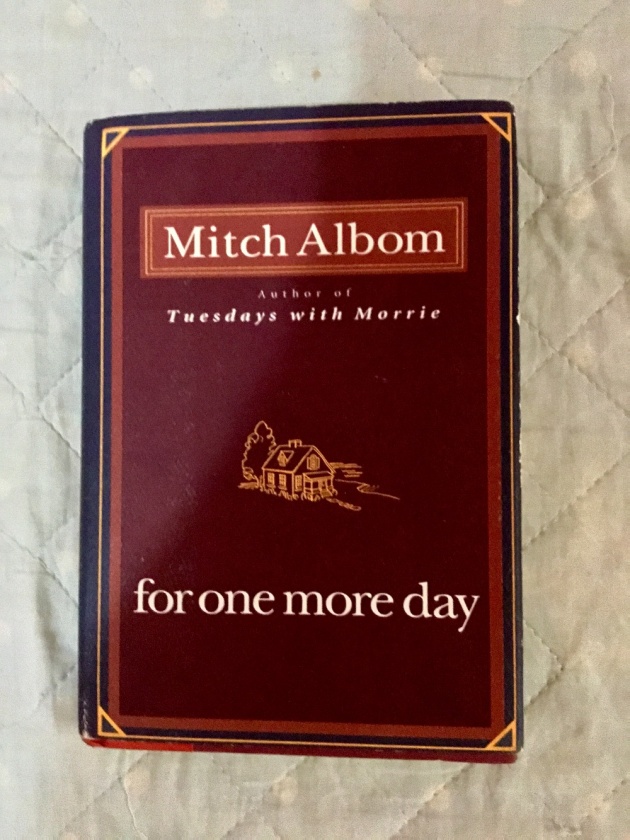 3.      Dr. Kay Scarpetta. Kay Scarpetta is a fictional character and protagonist in a series of crime novels written by Patricia Cornwell (born 1956). She first appears in the 1990 novel Postmortem. She is the one that made me dream of becoming a forensic doctor after watching Crime Scene Investigation series.

On her fictional biography, Dr. Kay Scarpetta was born in Miami, Florida, in 1954. She is of Italian descent on both sides of her family, with the Scarpettas emigrating from Verona, Italy. She is blonde and a sharp dresser, although always professional.

She is one tough woman, who solves crime through medical examination. I may not be a fond of seeing blood or any internal organs but Kay Scarpetta taught me that you have to be tough, have the guts in order to solve any crime.

“The dead have never bothered me. It's the living that I fear.” ― Patricia Cornwell, Postmortem

*image is credited to cineblog.it

4.       Brida. Brida is a young Irish girl, written by Paulo Coehlo in the book with the same title. Brida has long been interested in various aspects of magic but is searching for something more. Her search leads her to people of great wisdom. She meets a wise man who dwells in a forest, who teaches her to trust in the goodness of the world, and a woman who teaches her how to dance to the music of the world. As Brida seeks her destiny, she struggles to find a balance between her relationships and her desire to become a witch.

Brida taught me what it is like, living and chasing for the things you really wanted. More on exploring and being true to yourself, be more adventurous.

“Accept what life offers you and try to drink from every cup. All wines should be tasted; some should only be sipped, but with others, drink the whole bottle.” ― Paulo Coelho, Brida 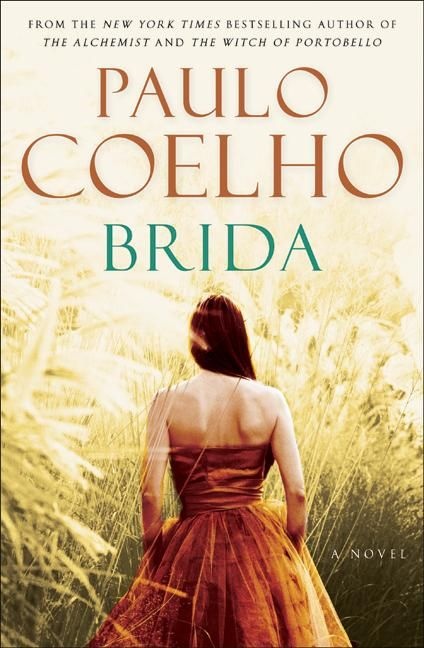 *Image is credited to thereadersbookblog

5.      Sara Crewe or Princess Sara. Sara Crewe is the main character in France Hodgson Burnett’s “Little Princess”. I remember the animated version of the book, dubbed in Tagalog and then Filipino filmmakers made a movie out of the story. Here in the Philippines, she is known as Princess Sara.

Princess Sara is the daughter of Captain Ralph Crewe, a wealthy English widower, Sara has been child. Because the climate in India is considered too harsh for children, British families living in the Raj traditionally send their children to boarding school back home in England. Where she met Miss Minchin, and found a friend with Becky.

Sara Crewe, despite being rich, she was clever, generous and kind unlike the others who are snobbish and arrogant. When her father died, from rich to pauper, left with just frocks and one doll, she lived in the cold and poorly furnished attic of the boarding house.

What Sara taught me was to keep my feet on the ground despite of the wealth, to be kind to others and not forget that generosity goes a long way too.

“Perhaps to be able to learn things quickly aren’t everything. To be kind is worth a great deal to other people...Lots of clever people have done harm and have been wicked.” ― Frances Hodgson Burnett, A Little Princess 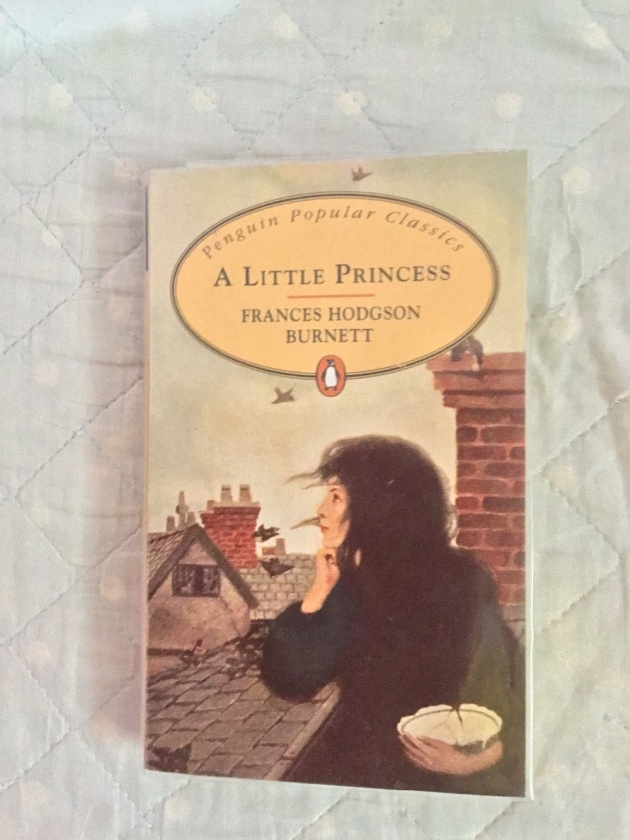 Women are doing their best to stand up like of the same level as men see themselves. Men can be "masculine" but some women can also be one too. Their strength don't show on their muscles alone, it is more of their heart and brain. Women can be considered as soft but their softness is where their toughness can be seen.

As a woman, when another fellow woman is being appreciated in their own field, in what they love to do, I cannot help not to be proud of their achievements. So, CHEERS to the women all around the world, who are standing proud of being one.

*Video is creited to ours to change via youtube

And here's a Querlo chat for you...