Even if he’s slated to face Manny Pacquiao, widely regarded as the one boxer capable of handing him his first defeat, on May 2 at MGM Grand in Las Vegas.

‘‘The only thing I know is to win, so is losing in the back of his mind? Absolutely! Why? Because he probably lost 3 or 5 times before, so losing is in his mind. Losing is not in my mind because the only thing I know how to do is win,” Mayweather told FightHype.com.

Mayweather boasted that Pacquiao, despite being his closest pound-for-pound rival, brings nothing special to bother him in the ring.

‘‘Well I don’t feel that one fight defines my legacy. To me, it’s (May 2 bout) just another day. It’s just another fight. I mean, when you just look at the tale of the tape, I have a longer reach, I’m taller, I’m stronger, and I’m more accurate.”

Mayweather at 5-foot-8 is taller by two inches and owns a five-inch reach advantage (72”) over Pacquiao (67”).

What’s disputable is whether he’s stronger than Pacquiao, who is really a bloated welterweight.

Fact is, Pacquiao, who last scored a knockout against Miguel Cotto in 2009, has a better knockout percentage than Mayweather, whose last stoppage came against Victor Ortiz in 2011.

Despite his diminished ‘‘killer instinct,” Pacquiao has 38 knockouts in 57 wins, five losses and two draws, for 59.38 percent.

While Pacquiao is used to fighting taller foes likes Antonio Margarito, who’s 5-foot-11, and Chris Algieri (5-10), Mayweather said his height advantage will be a factor this time.

‘‘I don’t really think that height plays a key for him. I think with me it plays a key because I use a little bit of everything. I use my reach, I use my height, I use my movement; I use different techniques, whereas he’s not as versatile as Floyd Mayweather.”

Ultimately, Mayweather added it will spell the difference in the super fight. 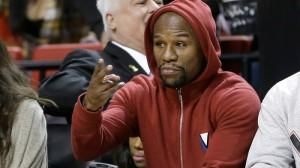 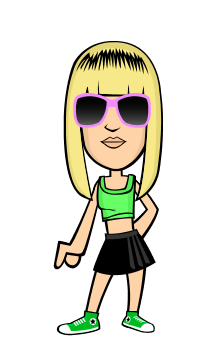