Our character fared much better at Wesleyan University than the Wharton School of business.  In fact, he graduated from the four-year college in only twenty-eight months.  It was helpful when he was allowed to take summer classes and instead of five courses a semester he took six or seven.  He had reached a mindset that made him realize he wanted to graduate as soon as possible. While attending he also earned another license, one, requiring far more zealousness.  During his free time he decided to get his pilots license.  The funny thing is when asked why he did this or wanted to he clearly and succinctly stated, “I don’t know. Bravado and so on.”  There are a few jobs in life that I would never do, piloting an airplane is one of them.  You almost have to admire someone who accepts the responsibility for the lives of all the passengers and crew on a daily basis.  That takes a special someone with much courage and ability.  He was able to receive his pilot’s license in spite of his daredevil flying and two solo flights.

During his time at Wesleyan he met a girl in New York who he continued to date for about nine months.  He would take her to such nightclubs as Gogi’s La Rue, The Blue Angel, and the Champagne Room in Soho.  At this time he wanted to marry her but as time passed so did this romance.  It took a year to forget about his first true love while meeting new friends and finding out that indeed he did love banking.  In February of 1946 he graduated with honors from Wesleyan.  After he graduated he traveled back to the Middle East and landed in Egypt where his brother and Uncle would meet and greet him.  He was back to warm weather, relatives and the bank that his family owns.

Many decades later he contributed with a million dollars to the University. Throughout the years he was the chairman for the school’s investment committee and a trustee for the school.  In fact they ended up giving him a honorary law degree.  This was something that he had dreamed of receiving since childhood.  Eventually the school named a building after him. 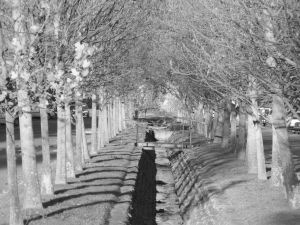 Up and downs, love and loss are things that happen to all of us, just on different levels.  The best anyone can do for themselves is to be honest and work hard.  For myself I have set goals that I am forever working toward but I continue to work harder, write better and be the best human that I can be.  All we can do as decent human beings is treat ourselves and others right, work hard and work towards our goals.  Stay tuned to the next episode Sibling Sorrow as we continue to follow our young character, as he gets more involved with the family banking business.