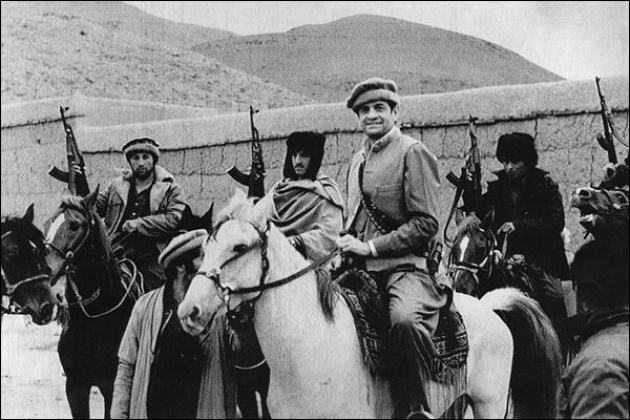 Recall Congressman Charles Wilson who orchestrated the defeat of the Soviets in Afghanistan which most link to the ultimate demise of that so labeled "Evil Empire." - The story was memorialized in the film starring Tom Hanks and Julia Roberts. What most will forget though about Charlie Wilson, the Congressman and the film, is that he lost his last battle to get US funding to help rebuild Afghanistan after the Soviets were chased out. While some wonder if our world was better with the Soviets instead of the Taliban, Charlie Wilson had foreseen the slide of Afghanistan back into chaos after the US stopped the covert supplies of weapons, but failed to carry through with development aid. As Charlie Wilson described it,  even though building schools in Afghanistan would only be a fraction of what it cost to supply weapons, (in the billions of dollars), there was no appetite even for a couple of million to develop education.


We know most of the rest of the story. I had the opportunity and pleasure to meet Congressman Charlie Wilson gaining his support for assistance for Bosnia & Herzegovina to fend of aggression and genocide then only a few years after his monumental success in Afghanistan. Charlie Wilson, (Photo above, on white horse of course, during one of his several trips to the region), left Congress disillusioned - a real cowboy who understood that the way to ultimately secure a hard fought war was through education, knowledge and economic advancement. He did not get that support in the late 1980's and early 1990's.


Will the United States Make the Same Mistake Again?

As President Obama announces the draw-down of the US combat mission in Afghanistan, how will America to maximize the opportunity of Afghanistan evolving into a free, democratic and economically advancing society? President Obama has promised that the US will maintain a military commitment, presumably to train Afghan forces and extend support as needed, through 2024. However, will this be enough. The investment in Afghanistan can now be calculated in a significant fraction of trillion Dollars, but that has been overwhelmingly weapons and war. More importantly, the US has invested the lives of its young - some who will not return alive and others who will be wounded for life.

The advice and efforts of Charlie Wilson though are worthy to again apply. It will not be about the weapons and the number of Taliban the US kills. It will be about how many minds are freed and opened to the opportunity offered by education and development. And, this is where Francesco Rulli comes into the picture. Also see Ambassador Muhamed Sacirbey Interview with Film Annex  “Why Education & Internet is Responsive to Society & Womens/Girls’ Needs” .

Charlie Wilson died a few years earlier. Francesco, an Italian-American born in Florence is very different from Charlie, the west Texas cowboy who brought his outgoing libertarian character to Capitol Hill. Nonetheless, they share passion about Afghanistan and a vision that education and development is not only essential to help Afghans but also us. They also understood the return on investment of education/development over bullets/bombs. Francesco also has one more advantage - the internet. Afghanistan schools now can be more effective, open and broad minded because they enable Afghan students, male and female, to learn about the world and even their own history, very different from the one dominated by conflict and the Taliban. It is not a complicated formula and one with a much more effective ROI (Return on Investment), but it just may not sound as compelling as "war." So, why not Francesco Rulli's War?

See More on Film Annex/CEO Francesco Rulli building schools in Afghanistan  to connecting them to the Internet - Afghan Development Project. See Film for Blog Report of the first school in Herat built and connected to the Internet.