FREE internet, what does this mean for phone companies!?

In a future ware the internet is more than enough to make video calls, search the web, stream high quality videos ans the most important of all, make phone calls, will we no longer need the services of our phone companies!?

phone companies offers so little for so much!.. they make it so hard for a person to get the best out of there phones, form overly priced forced payments to bad signal when you need it the most.

my personal opinion is that in the near future we will no longer need phone companies, and they will move on to only providing good quality internet, but what stops them from giving the same overly priced and forced contracts??? well nothing actually, i guess we will only have to pay if we will ever want service on our phones, or will we!!!!???

now a days there are methods of getting FREE phone service, by only using wifi, you can still receive calls, texts and voice mail, plus obviously  the normal thing your smart phone is capable of like streaming the web and using all the imaginable apps on the market.

there are varies methods on how to do this ,the fist and i think the one that comes in the most handy is with an app called psiphon. now, this is great because lets say you do have a fully functional android device and maby you have a pre payment phone service, this is great because you can use internet without having to pay . now i have only seen this app work great with only two apps , facebook messenger and whatsapp, this is because these are low internet consuming apps, maby you can make it work with another apps, i would be glad to know :) hear is a video that shows you how to install it on your android phone. and what your need to do so. donte worry its easy as 1, 2, 3 :) (How to have FREE internet on android! l Como tener internet GRATIS en android!!!)

also hears the method you can use to get a android phone that actually douse not have a phone service and you want it to work with only wifi internet, its really quick and easy to setup, i recomend you wach it also. How to make a free wifi Android phone with no contract or even a phone with a bad esn

and also hear is another video wish shows you 8 usefull things to turn your old android device into.8 cool alternate uses for an Android smart phone!

now i hope those last things are helpfull, i would also talk about a future with free world internet!!, now this sounds all good but when will this take place!!?, actually its already happening in mexico with places like schools but they are planing on making this for all mexico. hears some usefull info if you want to learn more about that, its in spanish but, who knows maby you know spanish XD Iniciativa buscará dar Internet gratis en México para 2016

also google is getting in to the game with balloons that are capable of giving free internet to places that cant normally get it. this is great , imagine a future in ware we are all connected, maby youre saying, ""we already are" and my response to that would be, "" are we ALL really"" turns out we are not, places like africa people cant afford stuff like internet or even a simple device capable of surfing the web, and also places like north korea or china BAN some websites so hey are not in touch and donte know what happens outside there country.

hear are some usefull links regarding what a mention before:

Yes, North Korea has the internet. Here's what it looks like. 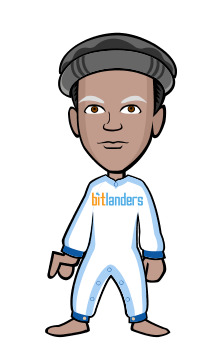