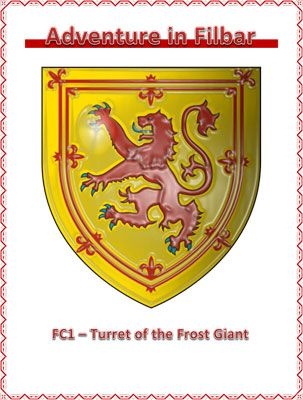 FC1 - Turret of the Frost Giant is a free role playing game supplement published by Adventures in Filbar. The adventure is the first in the FC series and is aimed at a party of 4th-6th level. It is primarily intended for use with the Advanced Dungeons & Dragons and AD&D 2nd Edition systems.

This is a seventeen page PDF which lacks bookmarks. One page is the front cover, featuring the publisher's logo, two pages have three maps, one of which is an area map (which looks to have been done in Hexographer from Inkwell Ideas) and the other two are of the thorp and adventure site, and one page is a stock photo intended to depict the turret.

The adventure sees the party passing through a small thorp on the way to deliver a message before having to deal with the frost giant who has moved into the pass they are going to use. Slightly over one page are the Players' and DM's Background.

Around two and a half pages detail a thorp they stop at overnight and a half a page details various pieces of information they can pick up there. There are six locations in the thorp, and what or who can be found at each is covered.

The remainder of the supplement, around nine pages, covers nine different encounters they have on the trail, culminating in the confrontation with the frost giant. Each encounter has a description and DM's notes for running it. 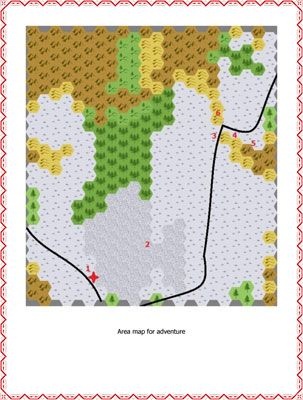 The PDF doesn't really need bookmarks at this length although they would have been a nice extra. The text maintains a single column format and a few fairly minor errors were noticed. The stock photo does the job intended and the maps are usable, with the area map looking the most professional; the other two would appear to have been created using some type of image software.

The adventure may be intended to be placed in Filbar but, with some minor changes, it could be dropped into another northern setting fairly easily. The only stats provided are for the monsters encountered; the various non-player characters do not have any. It should also be fairly easy to convert the adventure for other rule systems, especially those of the Old School Revival, but with a bit more effort it could be used with systems such as the Pathfinder Roleplaying Game.

The adventure itself is a fairly decent, if pretty linear - the party is proceeding along a trail to a specific destination after all, not aimlessly wandering around - series of wilderness encounters that have the potential to be challenging, especially for overconfident players. There are decent notes for running them given on the various encounters. Overall, FC1 - Turret of the Frost Giant is a decent, short, wilderness adventure, and it can be got for free. 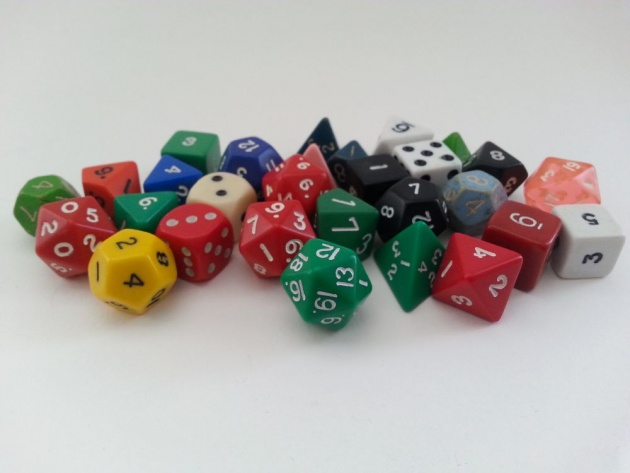