Film Annex has been getting content from filmmakers from all over the world since the beginning. This time, it's Paris-based filmmaker and production manager Katya Moloko aka Kitsuney who joins our community where content creators from France are already well represented.

After uploading her first round of short films and behind the scenes videos, she brings to Film Annex her webseries WIP (Work In Progress). WIP follows the story of a young game developer (played by actor Laurent Marion) who has started a project via crowdfunding and tries to get feedback from his target audience. Katya directed the web series and is also a co-producer. 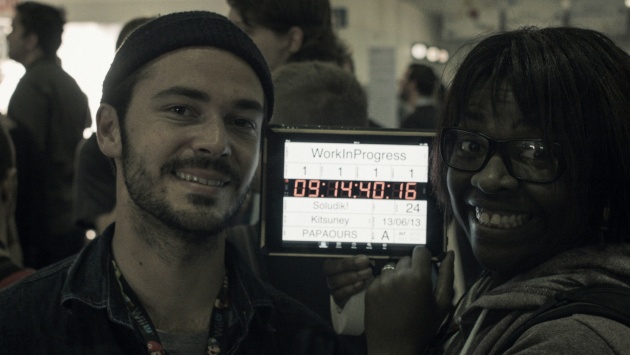 Laurent Mario (actor) and Katya Mokolo (director and co-producer) on the set of WIP.

For the story, Katya was inspired, as a gamer herself, by the video game conference and show E3: "Last year I decided to write a little story with my boyfriend. The story about a guy who wanted to finance his project with crowndfunding. And the idea was to speak about everything that we disliked about the industry in this show. But always with a funny point of view, the oh so naive lead role."

The webseries (in French with English subtitles) is funny (French humor style), show you the world of geeks and gamers from a different perspective, and you can't help but  sympathizing with the main character. The 1st episode is already on Film Annex, and Katya is currently working on the subtitles for the next episodes.

Last but not least, Katya chose to show WIP episodes with Film Annex's video player on her website! 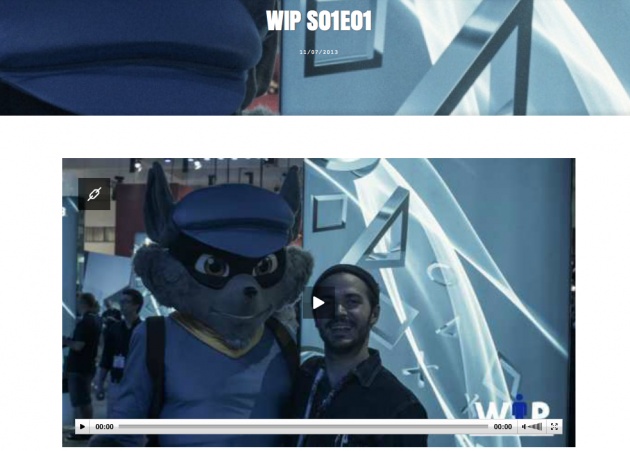 You can watch the 1st episode of WIP below: