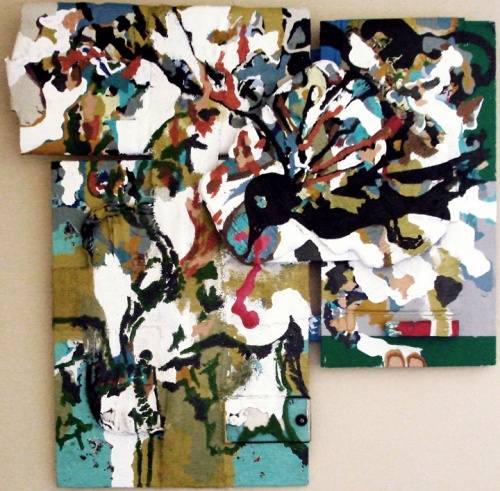 Summer Exhibit at Fresh Air Gallery Summer Showcase features a variety of local talents Clinton, Arkansas, June 4, 2009 - The Fresh Air Art Gallery kicks off the summer with an exhibit by three artists that will make you proud to be an Arkansan. Kendra Beattie is a young lady who is exhibiting a recent documentary video she made during her last year of high school as a tribute to “Life in the Hills of Leslie.” Michael Wyshock, a seasoned artist who teaches at U.C.A. is bringing us his eclectic works -- works that are evocative, thought provoking and guaranteed not to bore his audience. Last and certainly not least, Adrianna Morrisette, well known for her beautiful functional pottery, will share her newest raku pieces. Kendra Beattie recently graduated from the Arkansas School for Mathematics, Sciences, and the Arts. “In my senior year at ASMSA, I took a class on documentary and filmmaking. Each person had to be a major part in completing a short documentary for our final at the end of the year. I always thought that I had an interesting childhood growing up in northwest Arkansas and wanted to share that experience through video. The people that I grew up around had always amazed me, especially because they lived in such a rural part of the United States but were completely different from Arkansan stereotypes. I wanted to make a tribute to how unique life in the hills of Arkansas is despite the reputation it has.” This fall Kendra will be attending the Honors College at the University of Central Arkansas on a full scholarship with plans to major in Journalism with film as a minor. Michael Wyshock graduated from college in Delaware and began making a living creating art. Michael spent months making artwork in France and created numerous murals in Brazil. He taught art at Nicholls State University, Purdue University, Florida State University, and State University of New York before moving to Arkansas to begin his career at U.C.A.. He is the recipient of Fellowship Awards from the Pollack-Krasner Foundation, Louisiana Art Council, Delaware Division of the Arts, and the Vermont Studio Center. Although this exhibit will show-case Wyshock’s 2-d works, his past works have included short experimental video projects, music videos and projections for various bands. His current video work requires special screen installations which are comprised of water, glass, and plastic. Wyshock’s paintings consistently address themes of consumption and material use in their content; the style of application is influenced mostly by weather and dream experiences using mostly recycled materials. His paintings have been commissioned, created, exhibited and collected in France, Brazil, Canada and throughout the United States. Adrianna Morrisette spent three years taking ceramic classes at North Harris College in Spring, Texas. Eighteen years have passed since her first pottery class and today, Morrisette Pottery boasts a full-production studio and gallery based in Leslie, Arkansas in the beautiful Ozark Mountains. Specializing in custom functional dinnerware, all pieces are hand-thrown and feature original designs. As testimony to the production capabilities of Morrisette Pottery, for the past five years, she has produced a special order for commemorative drinking vessels for the King’s Feast at the Texas Renaissance Festival. In addition to producing the inventory for her annual show schedule, stock for her gallery, and keeping her other galleries supplied, four months of the year are dedicated to this order of 3300 hand-thrown, matching souvenirs. Adrianna’s decorative raku pieces -- vases, crosses, and life-cast masks -- as well as spectacular hand-sculpted figures of angels of various sizes will be on exhibit. And, as always the Children’s Gallery will display works from the monthly children’s workshops. Join us for Gallery Night on June 12 from 6:00-8:00 p.m. and meet these talented artists. Admission is free and refreshments will be served. The Fresh Air Art Gallery is located at 358 Main Street in Clinton, Arkansas. Contact: Carol Corning Fresh Air Art Gallery 358 Main Street Clinton, Arkansas 72031 gninroc@yahoo.com (501) 350-7276 www.wyshock.com 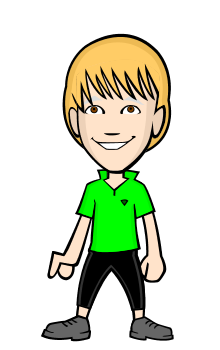 This is some of my work to be in the Stasis Exhibition at Barton College,NC; March 1-April 4. The …