From Egypt to America by Matthew Gudwin

The previous episode Lessons of Incivility

Our character’s father was a man on a mission while buying shares on the London Stock Exchange. He also paid for these shares in a British bank in Baghdad, of all places. He told his son that one day he would own a bank in Paris and another one in London.  His father’s business investments and family plans were inspired by the Rothschilds.  His plan to own a bank in a different country for each of his sons was a result of this inspiration.  Two of the sons were being educated in Europe, which was another reason for the family move. At this time Europe no longer seemed safe.

The father and mother decided to depart for America with their youngest children.  Our character reflects on his father and considers it impressive and bold to have left everything he worked so hard to achieve in the banking world behind to educate his youngest children in a new country.  However, the rest of the family business was left behind in safe hands to the two eldest children and the uncle in the family.

Getting to America wasn’t a direct route and entering certain countries back then wasn’t as easy as one might think. A valuable lesson was learned here and he taught it to his children.  After leaving Egypt they took a train from Johannesburg to Cape Town and because of refueling they stopped in Mozambique. This was a problem since previously their Iraqi passports had not been accepted. He told his children that before he left Egypt he was forced to grease the wheels a lot but for the better good. The father had sent their passports to the Iraqi consulate for Mozambique to be added and was requested to pay twenty grand for this to be processed. The lesson learned was “is to teach you that money should serve you. You should not serve it. We had to go, and it doesn’t matter the price”. 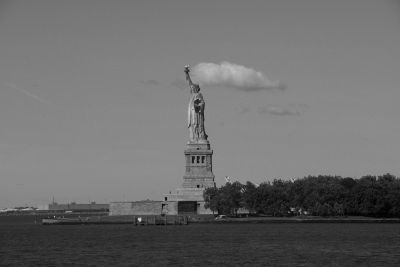 June 30 1941, the family reaches America where today our main character has lived most of his life.

Stay tuned to the next episode Integrity where we explore America a country our character's father had never laid eyes on as he begins doing business here.