Do you love watching animated films? Particularly a Disney movie? I am sure each of us knows or have watched at least one Disney movie. A fan or not, I know that you are familiar with the Disney animated movie I will be reviewing today—Frozen! 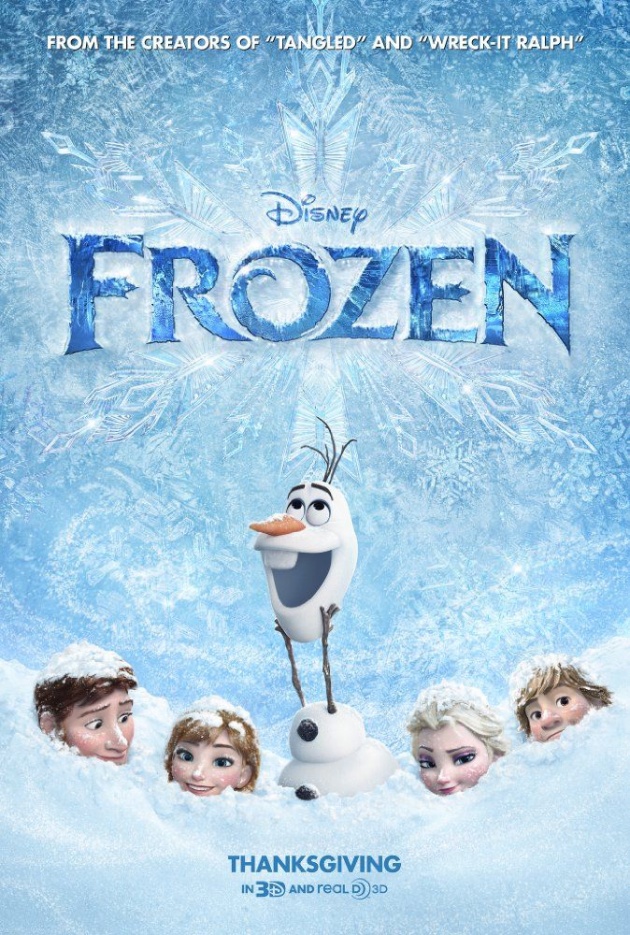 Frozen is a fantasy, comedy, and musical 3D animated film released on November 27, 2013. It was produced by Walt Disney Animation Studios and Walt Disney Pictures, and distributed by Walt Disney Studios Motion Pictures. The film was directed by Chris Buck and Jennifer Lee, and presents the voices of Kristen Bell as Anna, Idina Menzel as Elsa, Jonathan Groff as Kristoff, Josh Gad as Olaf, and Santino Fontana as Prince Hans.

The story focuses on two sibling princesses, Elsa and Anna, who had a wonderful and close relationship during their childhood. Elsa, who holds a power of ice, one day accidentally hurt her sister with her power while they were playing. To prevent such incident to happen again, their parents had them live on separate rooms with Elsa shutting and isolating herself inside her room in fear that she would hurt anyone again.

When their parents died from an unfortunate happening, Elsa was then hailed as the next queen of Arendelle on her coming of age. Gates of the castle were opened to public and royalties from different kingdoms during the coronation day. On that day, Anna met Prince Hans and fell in love with him at first sight. Elsa, completely disapproving of Anna wanting to marry Prince Hans, unintentionally released her power, revealing it to everyone across the room and the entire kingdom. Unable to control her power due to fear and emotions, she unknowingly turned the summery weather of Arendelle into winter while running away to the North Mountain to isolate herself from everyone. Anna knew she was responsible for the catastrophe and so she went out of the castle to bring back her sister and stop the winter.

The movie was made with both Computer-Generated Imagery (CGI) and traditional animation or hand-drawing animation. In order to create a realistic setting for the movie, the filmmakers went all the way to Norway to get inspirations from the Scandinavian and Sami culture, landmarks, and other Norwegian customs. Meanwhile, the kingdom of Arendelle was inspired by the Naeroyfjord, a beautiful municipality in Norway. 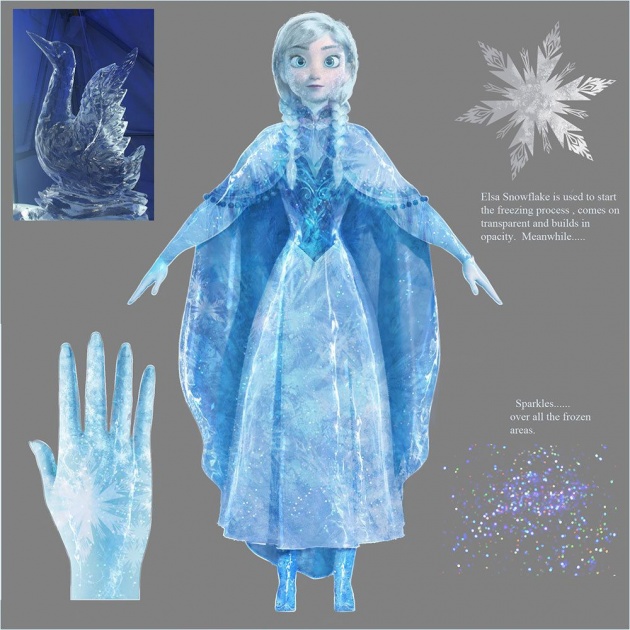 Aside from getting inspirations for the setting, artists and effects group studied how ice and snow form, and even had to experience firsthand walking and falling in deep snow to be able to create a more realistic animation. Some animators also have to act the scene out to make a character's movements and expression appear natural, or even study Idina's breathing through videos to match it with Elsa's breathing. They have also brought a real reindeer into the studio to study and observe its movements for the character of Sven. Did you also know that the scene where Elsa was building her ice castle took 30 hours to render each frame using 4,000 computers?

I really do admire people behind animations. They have so much creativity and patience. If you pay attention to the final credits, you'll see how many animators and other people related to animating are behind this movie. (There were 600 to 650 people in total who worked on this movie.) This is the reason why people shouldn't look at animated movies like it's only for children and think that it is not worth-seeing just because it's purely fiction with no real actors. In fact, there are lots of people behind every animated film and their amazing talents deserve our attention.

If there is another thing which makes Frozen a phenomenal movie, it would be the music. The musical scenes (about 23 minutes in total) added colors to the entirety of the movie. One of the most popular songs on the movie was "Let It Go" sang by Idina Menzel, and covered by Demi Lovato which could be heard during the credits. "Let It Go" won several awards making it a globally popular song.

The songs in the movie were composed and written by Robert Lopez and his wife, Kristen Anderson-Lopez. They were told by Disney to use simple words to make the songs easier to translate in other languages. (The movie was dubbed in 41 languages.) Out of the 25 songs they have made, 8 were chosen for the soundtrack and later on, 7 more were chosen for Frozen Deluxe Edition soundtrack.

(Trivia: Did you know the song "Let It Go" had writers change Elsa's character? Elsa was initially written to be evil an evil sister but with the song, her character was changed into a compassionate and vulnerable sister.)

The characters' costumes were also intricately made and well thought out. Some were inspired by the Sami culture, and even had a character designer (Jean Gillmore) to design the costumes. Examining fabrics in real life was essential for reference and to be able to know the texture, weight, thickness, and lighting.

Animated films aren't just for entertainment. Since it was expected that most of the audiences will be children and teenagers, they have incorporated life lessons viewers could ponder upon especially for young women.

First, is being naive at love. In the movie, Anna falls in love at first sight with Prince Hans and on their first meeting, she agreed to marry him even without knowing him more. She doesn't even know his last name. This is a reminder for every girl to be careful of people they just met and take more time to know someone well before doing a big decision.

Second, is that a sibling's or family's love will always remain despite a misunderstanding. It is pure and genuine, and no matter what happens you'll have their back at the end of the day.

I don’t care what they’re going to say.
Let the storm rage on.
The cold never bothered me anyway.

Last, is accepting our weaknesses. We can never be perfect humans. We all have our own imperfections, and that's okay. Sometimes, our weakness can be our strength too. Elsa was so afraid that her power would only cause hurt and disaster so she hid it from everyone, until the day came when she wasn't able to control it. When her fear was replaced by love, she was finally able to control her power and use it for good things. The movie also conveys to let go of the past, just let things happen, accept and trust yourself.

In addition, I'd like to share an opinion about the character Olaf. Olaf is a snowman unknowingly created by Elsa while she was on her way to North Mountain to hide. In my observation, Olaf probably carries a part of Elsa's kept emotions. Remember Olaf's popular line, "I like warm hugs!" Maybe Olaf is a part of herself wanting interaction with people. And maybe Olaf was subconsciously made because of Anna's song "Do You Want To Build A Snowman". Well, that's just my opinion.

Frozen is one of the best animated movies I have seen. I love the art and the animation was superb. The animation of ice forming and scene where Elsa was building her ice castle was very magnificent. It was so detailed and beautiful. The story was well-written and songs were very good that it brought me to tears. It was the last part on the song "Do You Want To Build A Snowman" that made me cry. Through this Frozen movie review, it also made me want to visit Norway. Overall, this movie is exceptional, spectacular, and magical. Not only it made me shed a tear, it had also made me laugh and realize that weakness is not a curse but a gift to bring out our deepest strengths.